Dunfermline`s first match in the First Division is on Sat 11th Aug 2012 away to Cowdenbeath. It is likely to be a sell out especially with the Sell Out Saturday campaign.

Cowdenbeath –v- Dunfermline Athletic match at Central Park on Saturday 11th August 2012 will be a segregated all ticket match.

Entry and exit for all Dunfermline supporters will be by the Chapel Street turnstiles which are at the south west corner of the ground and opposite the High Street entrance.

There will be segregation of all home and away supporters.

The away supporters will be allocated 300 stand seats and the whole terracing area which accommodates 3000 supporters, making a total allocation of 3300 tickets available for Dunfermline supporters.

It is anticipated that these tickets will sell out fast, especially considering the current Sell Out Saturday campaign.

Tickets are available now July 2012 from the Ticket Office at East End Park. 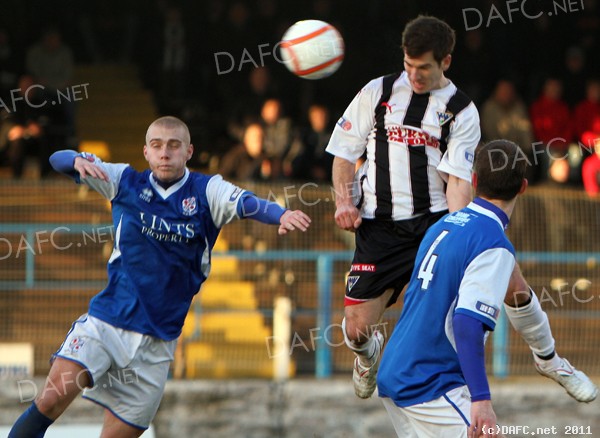 Liam Buchanan gets his first goal for the Pars

The tickets will be sold on a first come first served basis.

Tickets are priced: Adults £15, Concessions £8
Concessions are: Under 16s, Over 60s, Full time students with valid matriculation card and disabled.

Tickets will be on sale to DAFC Season Ticket Holders from Tuesday 24th July 2012, with a limit of 2 tickets per season ticket. General sale will commence on Friday 27th July 2012.