Yes, just a little, but nowhere near as big as some of the media have stated.

With the disappointment of losing against St Johnstone in the CIS cup and news this week of a financial crisis at East End Park how are the Pars really faring ? Will we be another Motherwell and go into administration ?

I think not and neither does John Yorkston. All the way down from the Board, the management team and the current set of players there is quality around EEP. As with all major football clubs Dunfermline have to work within a budget, and in todays financial ups and downs `cashflow` can be a problem. John Yorkston states that these issues will be over within weeks and just a short-term blip.

With the recent installation of the new surface, which was installed in a short space of time and I would hazard a guess had not enough short term planning with regard to the large expense. From the Press Statement it would appear that the Club expected to recover some of this cost back from UEFA rather sooner than has been the case. I also suspect that the steps the clubs have taken (including the new surface) the Club would have expected to increase gate revenue in the short term, which does not look as if is happening.

Income from the switched Hearts game was also lost, but will be recovered in December when the return game is played at EEP.

Its been reported that the players wages are 130% of income and that for a viable club this figure should be somewhere near 60%. If this is the case then Dunfermline cannot continue in the present form for much longer and some action will have to be taken.

Should we sell Stevie Crawford for a double bonus ? take the Ł500,000 and reduce the wage bill. Thats a question for you to discuss on the Message Forum. 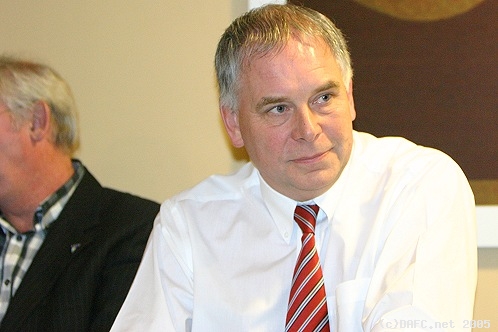 John Yorkston revealed to the Press Association the reasons and that they expected to UEFA to pay the Ł130,000 grant sooner than has occured. With finances already on a tight-rope this hiccup would be pretty sever, but only in the short term.

Adding to the unexpected cash-flow problems was the pay-offs to 6 players - reputedly to be over Ł100,00 (and also would reduce the wage-bill by Ł300,000 per year).

Admittedly the fans are restless particularly after the defeats by Kilmarmock and St Johnstone, but only because we know the quality of the players and that they could win these games.

What can be done ? The Fans can turn out and support their team even through the sticky patches and we can help support the club by joining the Centenary Club or the Pars Top 10. Again, tell us on the message board what you think. 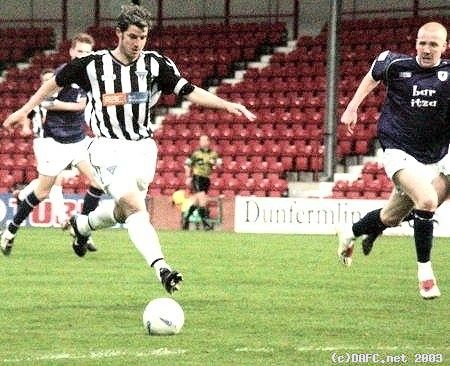