We look ahead to a Scottish Cup tie that is perhaps the tie of the fourth round, as the holders Hearts travel through to face a Dunfermline side that knocked Rangers out of the previous round.

With both teams having reached the final of the cup in recent years, with varying end results of course, they will both fancy their chances of extending a run in this years competition.

Hearts, though winners last year, will boast few owners of a cup medal from their afternoon at Hampden Park when Gretna took them all the way to a penalty shoot out, before then captain Stephen Pressley lifted the trophy following the match which ended 1-1 after extra time.

Rudi Skacel was their goalscorer that day, and he has now been joined through the Tynecastle exit door by Paul Hartley (who was sent off in the final) Hartley`s departure to Celtic on Wednesday afternoon has been long since predicted, though Rangers were also bidding for the player`s services as late as Tuesday of this week.

Hearts fans now face up to life without both Pressley and Hartley from the "Riccarton three" who spoke, or in two cases sat, through the attempt to make the public more aware of your average day in the soap opera that has become Hearts on many occasions in recent times....

Craig Gordon has survived the shenanigans and with the January transfer window now closed as of midnight on Wednesday night, he remains with Hearts until the summer at the very least. However, there is no guarantee that Scotland`s first choice keeper, who is allegedly rated at any number of millions of pounds depending on which paper you read, will play on Saturday afternoon! Steve Banks has played recently as transfer gossip increases surrounding Gordon`s future, right up until the close of that transfer window. 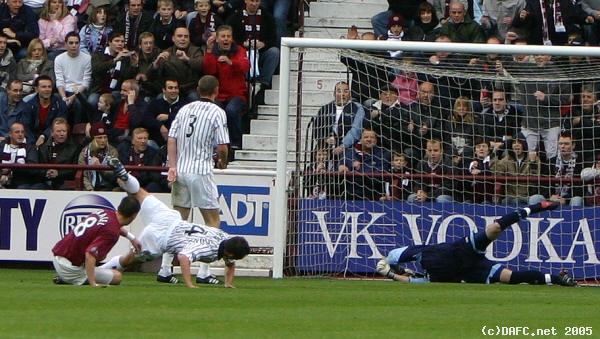 Saturday will potentially see some fresh faces make their debuts on both sides of the park. Hearts have increased their on loan tally again, by bringing in two more from (can anyone guess at the back?) FC Kaunus, namely midfielder Linas Pilibaitis and centre-back Tomas Kancelskis. Ghanaian midfielder Laryea Kingston has signed another loan deal, this time from Russian side Terek Groznyi..... 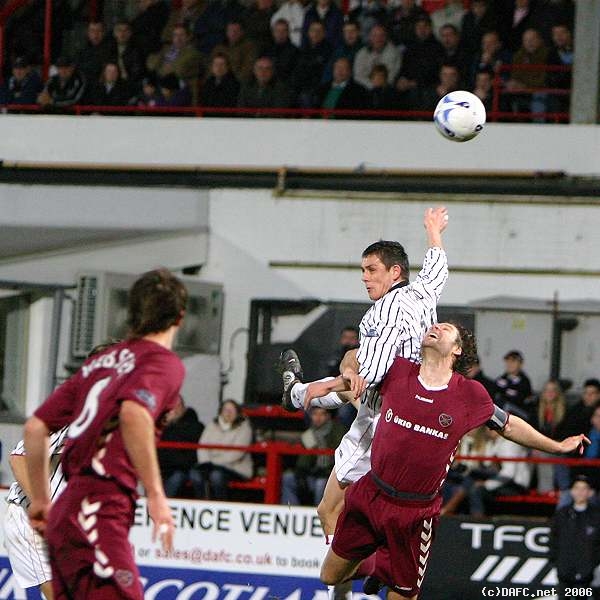 Pressley has moved on, whilst Toddy has been
told he can do likewise

Over in sunny Fife, Dunfermline have spent the last few days preparing for their cup tie by training in "one of the world`s finest all-round sports and leisure resorts" namely La Manga on the South East coast of Spain.

Stephen Kenny and his recently added to troops have been enjoying training facilities slightly different to the normal wet, windy and recently waterlogged Pitreavie. The Scottish winter hardly allows the standard of outdoor training that will have been afforded to The Pars players this week, and we can but hope that all the squad benefit from the five day break. 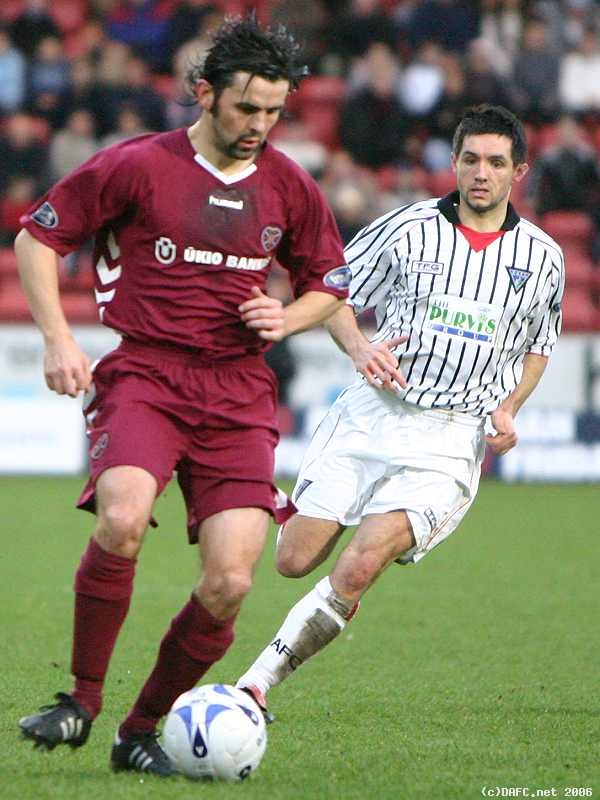 Gary Mason will not be facing Hartley on Saturday

One man who joined the squad in Spain was 27 year old centre half, Jamie Harris. Signed from the rapidly disintegrating Shelbourne squad which won the Eircom League just ahead of Derry back in November, Harris is obviously well known to Stephen Kenny from his time back home.

The 6`4" defender, converted from his original position of centre forward, is only the second Welshman to play for Dunfermline Athletic (!) and Kenny has been quoted as saying any debut may be delayed until full fitness is achieved, having not played since the end of that championship winning season with Shelbourne.

Jamie O`Brien made his debut in the previous round and gave recent call up to the Scotland squad, Ian Murray, a torrid time only 24 hours after meeting his new team mates.

Since then, Bobby Ryan, Adam Hammill and Stephen Glass have all been added to the first team squad to add a certain freshness to a side which has so often underachieved in the SPL this season. Andy Tod has been told he can leave to find himself another club in his testimonial season, whilst Owen Morrison has been told he can also move on.

Hammill has certainly shown on his brief appearances to date that he has the ability and "gallousness" to entertain the crowd in a way so rarely seen in this day and age. Hopefully he will go onto achieve the maximum potential possible during his loan spell from Liverpool, with a long cup run and a relegation battle won before heading back down south!