A list of current auctions to help with the Support the Pars campaign.

The Support the Pars campaign has received a fantastic piece of original artwork, entitled simply Pars, from our on loan Welsh international goalkeeper Owain Fon Williams, who is also a renowned artist.

Owain has been out of action along with the rest of the team and has spent his time producing this superb piece in his well-known style. Owain’s work normally sells for several hundred pounds via his own website yet he has kindly donated it to our fund raising initiative with 100% of the proceeds going to the Fighting Fund to help the club at this difficult time.

Owain has already appeared on BBC Wales giving an interview about the piece, which you can [ read on this link ].
Club Supporter Liaison Officer Drew Main commented “What an incredible gesture from Owain. Speaking to him earlier, it’s clear he has developed an affinity with the club and the fans in his short time here and for him to have made this work available to us at this time is fantastic. Hopefully people will like it as much as I do, and it’ll realise a significant sum. Having already passed the £30,000 milestone in our campaign this could really help us in reaching our target of £40,000.”

This one-off original piece, which measures around 25” x 20” including frame, is up for silent bid auction. Bids, in pounds only please, must be made to Kenny McLachlan by email and will finish at 9pm on Saturday 11th April. Kenny can be contacted on kenny.mclachlan7@googlemail.com 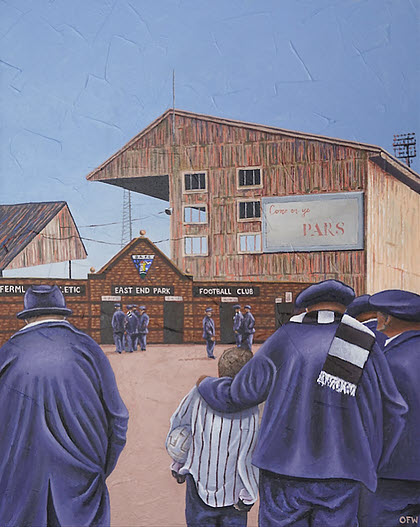 It’s fully signed by the squad (including my favourite player Gavin Riley!)
This was done as a one off so there are no others in existence

The auction will end at 8pm on Monday 6th April at 8.00pm, bids in round pounds only. Please email me to confirm once you have placed a bid on this thread I will acknowledge your bid and let you know if you have been outbid

All proceeds to the Fighting fund 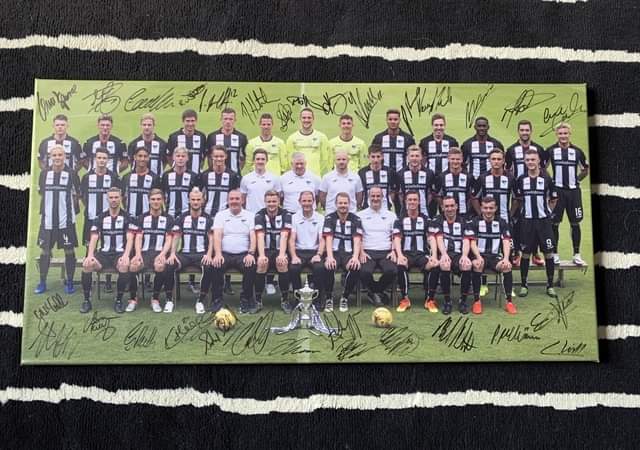 We have this superb collection of Pars Memorabilia (from my own personal collection, we all have to make some sacrifices for the club)

The proceeds will go directly to the Fighting Fund

The glass was a one off produced by a local craft person, it has “Legend” on the back opposite the club crest

The auction will close at 8.30 (note later than normal) on Monday 6th April

Bids in round pounds only, please post your bid on this thread and confirm your bid by email to me, just click on 1970par 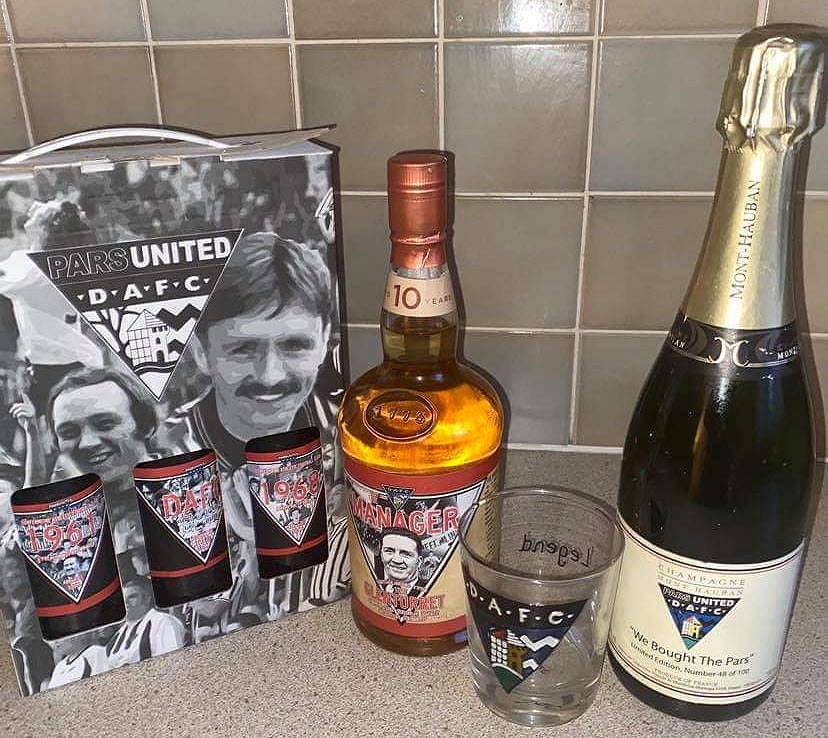