A valuable point won by the Pars away at Dundee but in reality this was probably two points dropped against a Dundee side that was supposedly setting the heather on fire with their foreign giants. What a joke!

Once again injuries cause problems for the Pars with Aaron Labonte replacing a missing Scott Wilson. Also, Bobby Ryan keeps his place as there is no Kevin Harper in the starting line up.

So the Pars lined up with Gallacher in goals and Woods at right back, Labonte and Bamba in the centre and Glass at left back. Stevie Crawford was captain and was playing in centre midfield alongside Darren Young with winger Ryan and Morrison on either side. Hamilton and Burchill were the attacking duo. 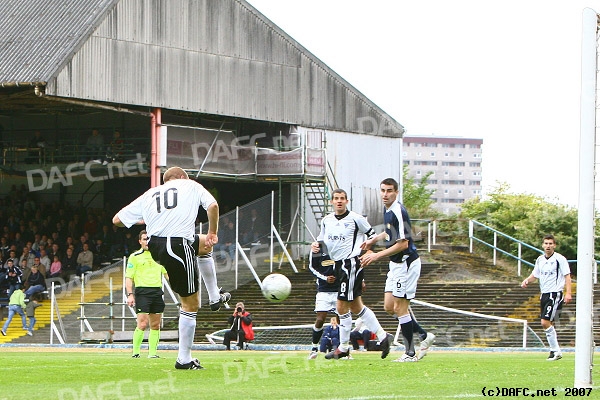 Jim Hamilton opens the scoring against one of his many former clubs.

With a good support behind them the Pars were shooting towards the home support and they got off to a very good start. Some good passing and probing on the right with Woods and Ryan playing well. In 5 minutes a week shot by Swankie wa seasily held by Gallacher. A good flowing move b the Pars saw Morrison put in a good ball that was scrambled clear only for Young to hammer back in but his shot was blocked. The Pars were very much in control in this early stage playing some good football. Ryan had a good shot over in 10 minutes. The Pars were not quite so direct on their left but Glass put over a good low cross that the keeper, Samson, did well to hold.

The Pars took the lead in 14 minutes after good work by Crawford and Woods saw the young full back put over a cross which was chipped back across goal by Burchill for Hamilton to score. A deserved lead. 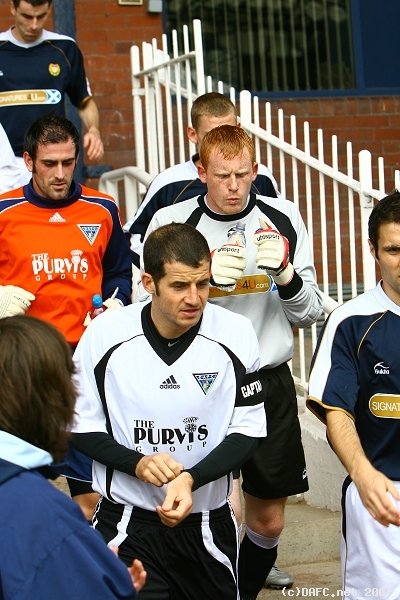 Stevie Crawford leads the team out.

The Pars kept pressing their advantage and Burchill had half a chance in 18 minutes with the Pars winning a corner. It was a complete travesty, therefore, when the Pars lost a goal when McDonald took a swing at the ball which was clearly going wide until it took a wicked deflection off Aaron Labonte and skittled past Gallacher who had dived to cover his post from the original kick.

It was now Dundee`s turn to try and capitalise on their flukey goal but Glass and Morrison were keeping the former Par Freddie Dacquin out of the game and with Labonte and the outstanding Sol Bamba they got little chance to shoot.

Hamilton was getting a lot of stick from the defenders and took a sore one in 31 minutes. There was almost a moment of panic in the Pars defence as virtually every player in the defence failed to clear a ball that just needed a boot on it but eventually it was cleared. Half time 1-1. 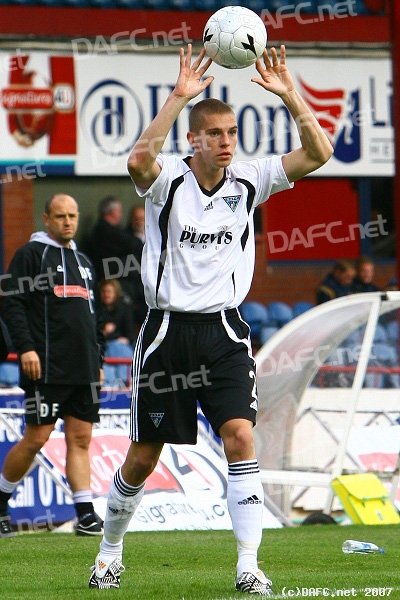 The first moment of note in the second half was Bobby Ryan blasting a shot off the topside of the bar after good set up work by Crawford. Dundee had taken off Sturm and brought on Derek Lyle. Dundee`s Dixon was allowed to run forward from his left back position to get a low shot wide as the defence backed off.

Dacquin is subbed by Dundee in 70 minutes to ironic cheers from the Pars support. Aaron Labonte picked up a yellow card for a foul in 73 minutes.McManus had a header wide in 74 minutes when he should have at least hit the target.He then had a shot saved in 75 minutes which Samson easily saved. 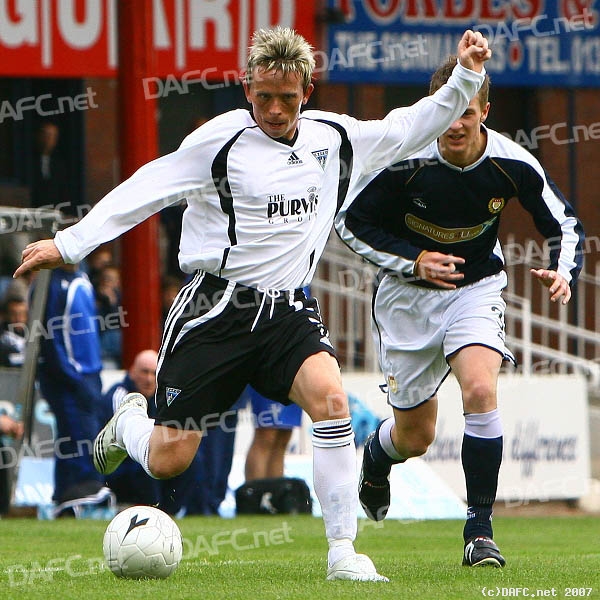 The game appeared to be turning against the Pars in 77 minutes when Dundee were awarded a weak penalty after Woods was adjudged to trip a Dundee forward but it appeared a simple case of the players running across each other as Woods was behind the player the referee gave the penalty. Lyle took it and it was brilliantly saved by Gallacher much to the joy of the Pars fans. 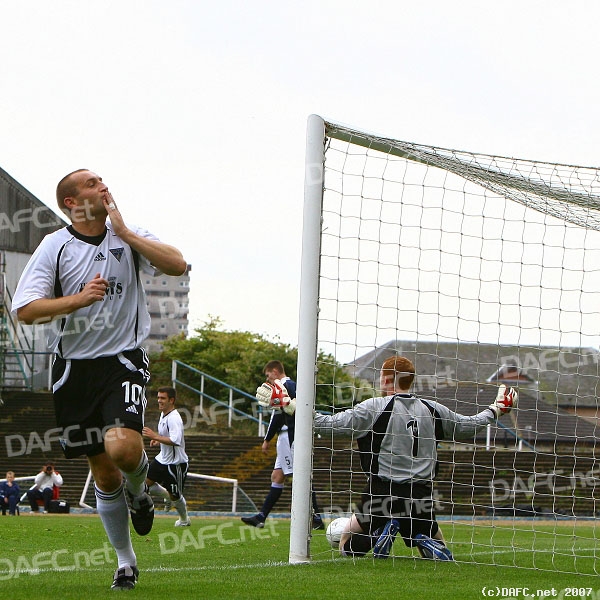 Right up the other end the Pars also had a shout for a penalty which seemed no weaker than Dundee`s effort as McManus was shoved inside the area. Simmons came on for Bobby Ryan who had faded from the game in the latter stages. Stephen Glass had an effort hit over the bar as the Pars seemed to have run out of ideas and probably steam. Final score 1-1.