The Pars took another lunge towards the 1st Division with a disappointingly inept 0-0 draw against the only team in the SPL they have a hope of catching.

Despite all the pre match controversy about the admission prices for kids it did not prevent a good sized crowd turning up for what many considered to be the decisive game of the season. There was a surprise in the Pars line up with no sign of recent singing Tom McManus after his good performance against Celtic last week.

Dorus De Vries started in goals with Greg Ross returning to right back. Wilson and McGuire were the centre backs with Stephen Glass at right back. Simmons and Mason were to hold the midfield area with O`Brien and Hammill giving the width. Stevie Crawford returned from injury to partner Jim Hamilton in attack.

Jim O`Brien started things positively with a great chance to cut the ball back from the bye line in the 1st minute but he over hit his cut back. Hammill tried to get in on the act and appeared to be fouled in the 2nd minute with the referee making his first (but not last) mistake. St Mirren tried to hit back and won a free kick which looked a good tackle on the edge of the Pars area but they hit the defensive wall and the ball was cleared.

Jim Hamilton had to make a good clearing header for a corner from a Saints cross with De Vries stuck in his line.

Adam Hammill was getting a lot of the ball and was causing the St Mirren defence all sorts of problems with his pace and trickery. 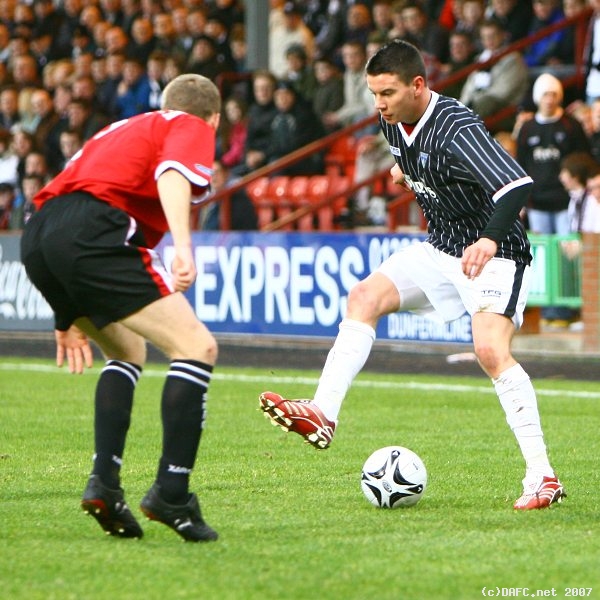 Simmons was put through in 17 minutes but was taken out and the referee gave the foul but not even a talking to for the defender.

Hamilton had a looping header in 20 minutes easily taken by Smith in the Saints goal. 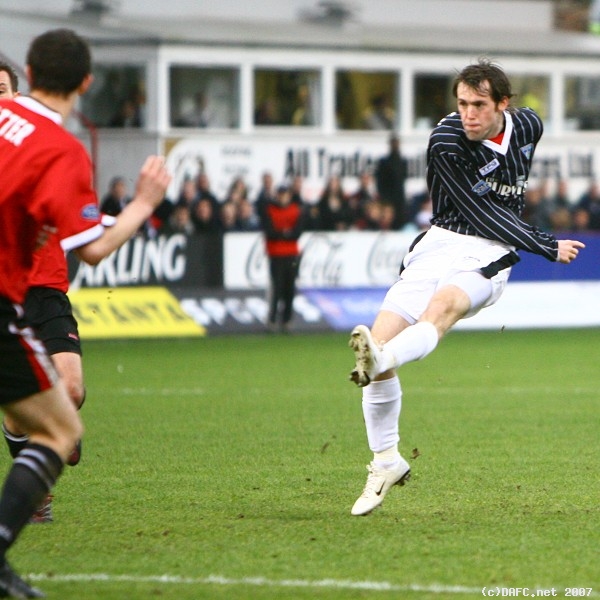 McGuire was injured in 23 minutes and it seemed he would have to go off as the doctor joined the physio on the park and then the stretcher team but, thankfully, Phil recovered to rejoin the action.

The Pars were putting some good moves together in this spell with Hamilton linking well with Crawford and O`Brien but only getting a corner for their efforts.

O Brien hit past the post in 31 minutes from a Pars corner. Hamilton was close with a curled shot in 33 minutes which just went past the post. Another good move in 35 minutes saw Ross put over a good cross for Crawford to head wide. 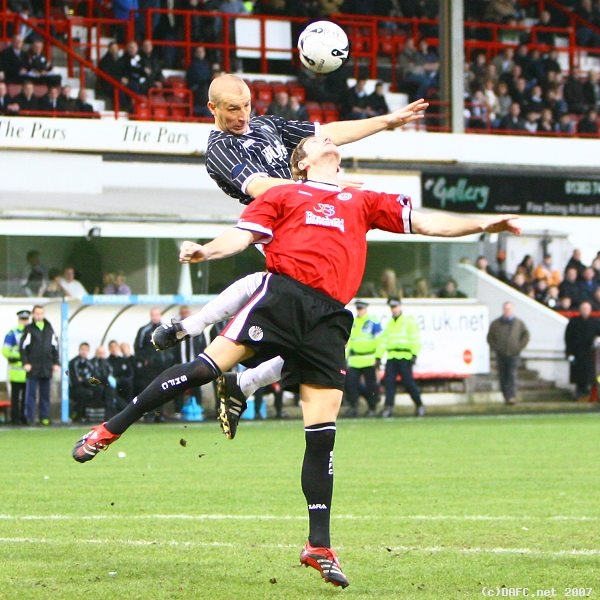 Jim Hamilton knocks the ball on.

Brittain almost got onto a good cross in 40 minutes for St Mirren. Scott Wilson then got a yellow card in 41 minutes for a foul which was exactly as happened to Simmons in the early part of the game but there was not even a lecture for the St Mirren player. This simply inflamed the Pars fans and was very typical of the inconsistent performance from referee Richmond. Hamilton and Zenden were booked for an off the ball spat. The sense of injustice seemed to be in the air but Hammill was reckless as he lunged into a Saints player on the touchline and was rightly booked. Half time 0-0. 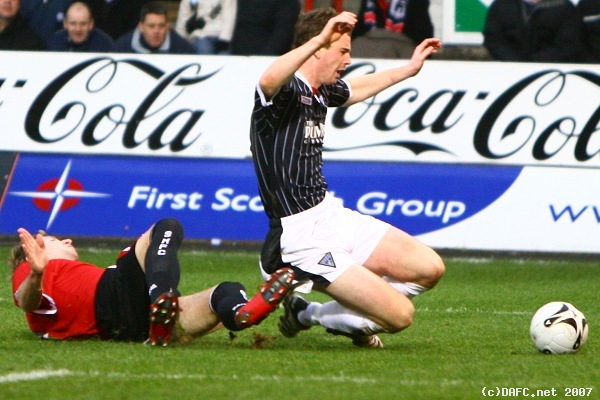 Rangers bound (and is he really Rangers "quality"?) Broadfoot, was at last booked for a foul on Hamilton which was long overdue. Brittain was then booked in 48 minutes for a foul on O`Brien.

Broadfoot had a chance to redeem himself with a header over the Pars bar in 50 minutes. The Pars hit back from a free kick with Hamilton getting in an effort which was blocked for a corner. In 55 minutes a classic example of how the officals were struggling as the linesman in front of the NW stand took an eternity to wave his flag towards the corner flag for a Pars corner. He simply did not have a clue what he was doing.