There was to be no last minute winner this time against Stenhousemuir. In fact, there was no winner at all and indeed no goals whatsoever as East End Park witnessed its first scoreless draw of the season. The Pars dominated possession but after missing a couple of early chances struggled to create clear-cut opportunities and were it not for a couple of last ditch challenges by Page and Grainger late on they could even have lost.


After last week’s disappointing result Jim Jefferies made a couple of changes: bringing in Ross Millen at right back and Shaun Byrne into midfield as the Pars lined up with Scully in goals, Millen, Morris, Page and Grainger along the back, a midfield four of Geggan, Husband, Byrne and Forbes, and once again El Bakhtaoui and Shankland up front.

With Falkingham and Whittle ill, and Wallace and Moore still not fully recovered from injury there were a couple of differences on the bench as well, with rare appearances (nowadays) for Spence and Dargo, along with the usual suspects of Ryans Thomson, Williamson and Goodfellow, Lewis Martin and, returning from illness, Allan Smith.

It was another Smith, Chris of that ilk, who would have all eyes on him as the former Pars keeper would expect to have a busy afternoon between the sticks. Under new manager Scott Booth, the Larbert based team’s form had picked up a little, and there was plenty of experience in a team that included the likes of Stewart Greacen, Eddie Malone and David Rowson. 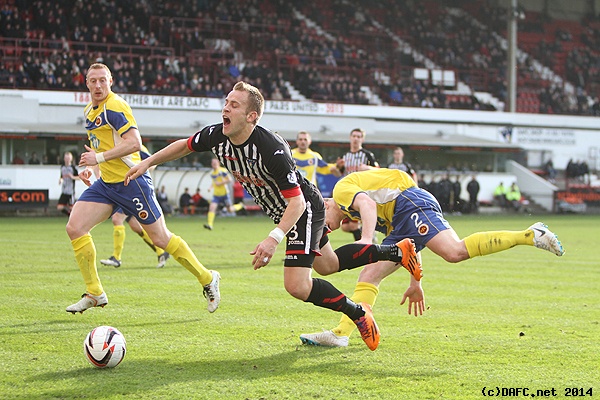 There was early action at both ends after this match kicked off on a breezy day at East End Park, but that early promise soon vanished as it became clear that the visitors were intending on defending in depth.

Of course, had the Pars taken either of the early chances that they created then we might have been treated to a better spectacle. In the fifth minute Shankland spread the play left to Grainger and it was Shaun Byrne of all people who got on the end of the cross, with a diving header that hit Chris Smith more than it was saved. Four minutes later Shankland spurned a better chanced when Geggan’s pass saw him through one on one but as he tried to go round the keeper he showed too much of the ball and Smith stuck out a foot to tackle.

Although Devlin came forward from right back to beat a couple of players Page was in to block, and the game settled down once more with the Pars having all the possession. After his early cross Grainger looked like one of the Pars’ more potent threat, and midway through the half he burst into the box on the left, only to hit the deck. It didn’t look like much to me, and the referee awarded a goal kick.


Even Husband was struggling to get a shot away, with all the players between him and the goal; he did have a go first-time from a sideways Geggan pass, and although his sclaff fell for Shankland, he was off-side. Forbes was next to have a go from a free-kick at the corner of the box, but the Warriors’ defensive wall did its job. 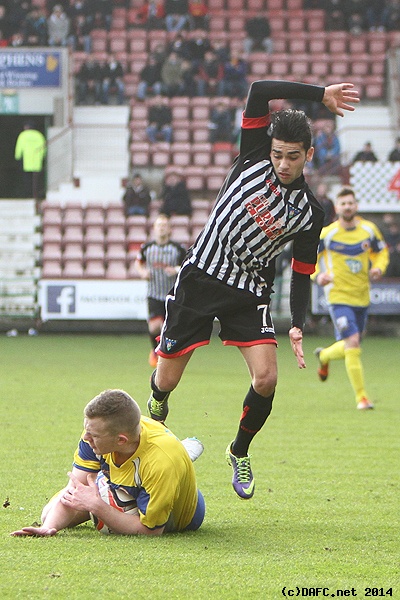 Down at the other end the visitors had a mirror-image opportunity when Byrne challenged awkwardly, Lynch getting his head to the resultant free-kick but Page cleared off Morris for a corner, from which Rowson sent a low drive narrowly wide.

It seemed that the Pars main threat was pressurising the pass-back, but Smith dealt with everything that came his way, although just before half-time, Shankland, who had not long before hit a cross shot from the angle past the far post, chased down Greacen and stuck a toe in, but his tackle-cum-shot was again the wrong side of the woodwork. 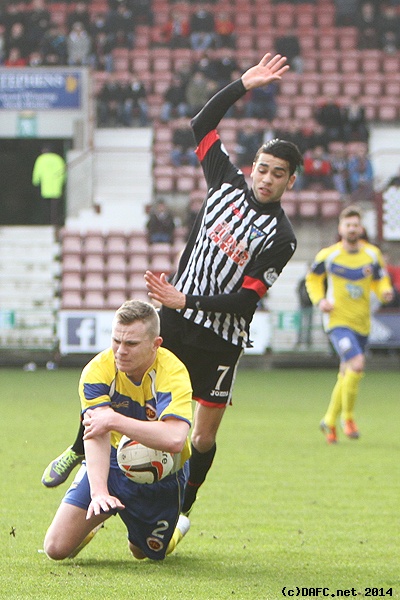 The second half was a similar story with the Pars enjoying lots of possession, but struggling to test Smith. Grainger hit a long-range effort over the top, but for all their dominance, the Pars seemed unsure whether to have a shot, or try to pass their way through the massed ranks of the Stenny defence. Forbes continued to test Smith with inswinging corners, although other than one, where the keeper got into a fankle and Shankland nearly took advantage, these were dealt with well, and for some variety Grainger put some shies into the box – Geggan flicked one on and Shankland, who is always looking to get an attempt away, headed over the top.

Both sides made switches. First Allan Smith came on for El Bakhtaoui, who had disappointed, before Jefferies made a double switch, brining on Thomson and Williamson for Shankland and Millen as they tried to find the breakthrough.