The Christmas lights might be getting switched on around the country but East End Park remains shrouded in gloom after another home defeat by promotion challengers Dundee. This was somewhat ironic given that the visitors were every bit as bad as the home side.

At long last, a starting home debut for Jamie Harris in his preferred centre back role was one of the surprises with todays team selection. McGlinchey and Ryan were dropped and Darren Young also returned to the midfield.

The Pars lined up in a 3:5:2 formation with Gallacher in goals. Harris, Bamba and Murphy were the defence with Woods, Crawford, Young, Simmons and Glass the midfield leaving Hamilton to partner Burchill up front. 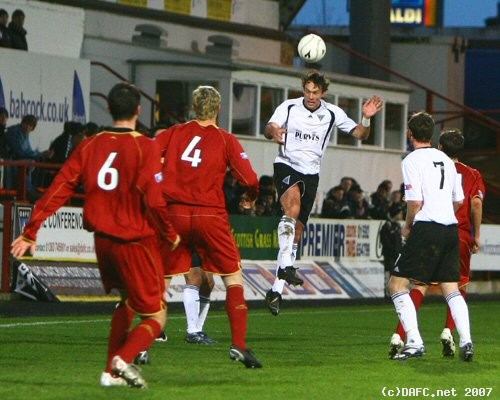 There was an early scare for the Pars as Bamba was beaten on the bye line and Dundee got in an early cross which missed everyone. The Pars were playing some good passing stuff in those early stages without creatng any threat. Dundee won the first corner in 9 minutes but it was cleared by Harris in no uncertain terms. In 11 minutes Burchill escaped his marker on the left and scampered to the bye line cutting back a cross but there were no takers.

A minute later a Pars corner was sent over by Glass but was again cleared. Davidson had a half chance for Dundee as the Pars defence appeared half asleep. Simmons had been caught twice in as many minutes by McDonald but the referee Tumilty took no action. In 28 minutes Lyle headed over

Burchill had a great chance in 30 minutes when he was put through and although he managed to get past the keeper from a wide angle he could not get power on his shot that was easily cleared from the line.

Jim Hamilton did well in 36 minutes to win a ball in the centre circle before releasing a through ball to Simmons who failed to get on the end of it. Half time 0-0.

A change at the start of the second half saw Crawford off and McGlinchey coming on. Calum Woods had been one of the brighter performers for the Pars in recent weeks and he had a good run on the right cutting in but his shot was ballooned over the bar.

Dundee won two corners in quick succession after Bamba had cleared and then Harris sliced a clearance for the second. Gallacher flapped at the second corner but Dundee failed to take advantage.

Woods was unfairly judged to have handled when he knew very litle about it and from the free kick Dundee got a header in just over the bar. Murphy and Woods both made important tackles and blocks in 55 and 56 minutes as Dundee appeared to have a slight bit of momentum.

Simmons had a reasonable effort straight at Samson in 59 minutes after good play by McGlinchey. In 60 minutes Dundee brought on Sturm for Davidson. 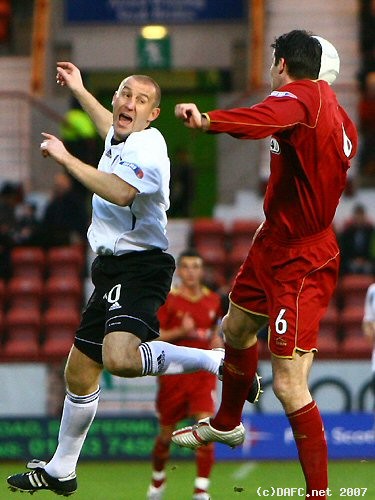 Sol Bamba had been playing well keeping it simple and nothing too scary but he was quite outstanding in 64 minutes in a one on one situation when the centre back timed his tackle to perfection and stopped the danger. A corner for the Pars in 66 minutes saw the ball fall to Young but his effort was blocked. Bamba again stepped in with a perfect tackle in 68 minutes.

This match appeared to have nil nil written all over it until the Pars ability to shoot themselves in the foot struck again in 72 minutes after Gallacher strayed too far out of his goals to challenge a player on the bye line but failed to cut out the ball allowing McDonad to strike home into an empty net despite the attempts of Harris and Bamba to stop. It was a goal out of nothing and gave the visitors a lead they barely deserved.