Eight months ago the Pars latest SPL adventure kicked off with a disappointing Monday night 0-0 draw against St Mirren. The Jefferies era started similarly – Joe Cardle poking home an equaliser 30 seconds into the second half, after the Pars had trailed at half-time to Thompson’s header. Whether the point earned will be enough to help maintain the Pars’ SPL survival, or whether the bubble has burst this early remains to be seen – there were some promising signs, but the long anticipated home win failed to materialise.


So it was the Pars’ first match in 3 weeks and the first game under the charge of a new manager. What changes would be made? The order in which Alex Mill announced the line-up (Mason at right-back) hinted at more changes than materialised. The wisdom beforehand suggested that JJ liked to line up with a target man with one playing off him, and only one wide player in a midfield four, which was what we got. Mark Kerr was the only change, coming in for the missing Ryan Thomson in a midfield 4 where Cardle would provide the width, Graham playing much more centrally alongside Gary Mason. Martin Hardie continued in the role of target man, with Buchanan running off him, and the back four were McMillan, Dowie, Keddie and McCann. Smith was in goals of course. There was no sign of Rutkiewicz, but McDougall was on the bench along with Kirk, Hutton and Willis, with Boyle and Goodfellow for emergencies, and Young for experience.

St Mirren also had a familiar look about them – Goodwin would protect his back four, and the ball to front pairing of Thompson and Hasselbaink would be provided by the highly regarded McGowan in the middle of the park, or from Imrie or Teale out wide. 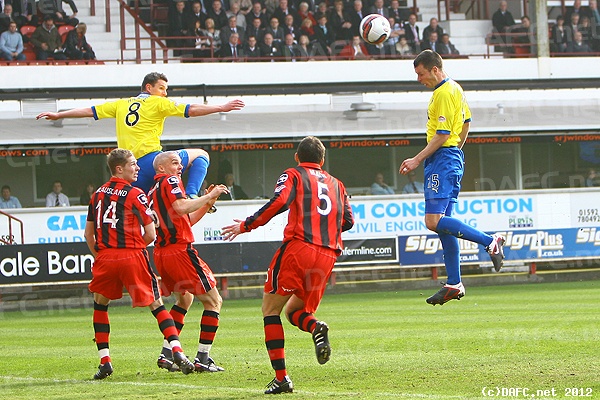 Both teams were in their change kits, but otherwise tradition was observed with the direction of play, the Pars choosing to defend the McCathie end allowing St Mirren the kick-off. Any hopes that the Pars would make the sort of start that would get their new boss Sunday’s headlines were soon dashed as the two sides cancelled each other out in early exchanges.

A first time Kerr pass from a throw-in in 3 minutes allowed Buchanan a difficult chance but he couldn’t find the target; Dowie passed up a better chance in 10 minutes from the game’s first corner, but he headed over.

Hasselbaink meantime had got away from Dowie on the break, but McMillan managed to delay the Dutchman enough to allow Dowie a second chance to clear, and Thompson just edged ahead of Keddie to get a toe to Van Zanten’s 11th minute cross but his effort looped high and wide.

The first yellow arrived as early as the 12th minute when Goodwin went through the back of Graham, but that did nothing to reduce the crime count which remained abnormally high – although most of the fouls were minor, the result of two players competing for the ball. Dunfermline’s tactics from the minority of free-kicks awarded their way were sadly predictable, long balls aimed for Hardie, and equally predictably they were dealt with. Jefferies meanwhile was prowling and growling round the furthest extremes of his technical area.


Midway through the half the visitors spurned two good chances in quick succession. Another free-kick was conceded, this time by Kerr, and Carey delivered the dead ball deep beyond the far post where Teale stretched to divert it across the face of goal. Hasselbaink went for the spectacular scissor kick, totally fluffing the chance, and Mair drilled the follow-up over the bar. However, the first goal duly arrived, and a simple one at that. Saints won a corner by the tunnel, and Thompson lost his marker to glance a header which Mason couldn’t keep out at the far post.


So once again the Pars were undone by a lapse in concentration, but Thompson had lead the line well. The Pars kept their heads up, but nearly lost a second deep into stoppage time when Imrie got the break of the ball on the left of the area but he rifled his shot past. 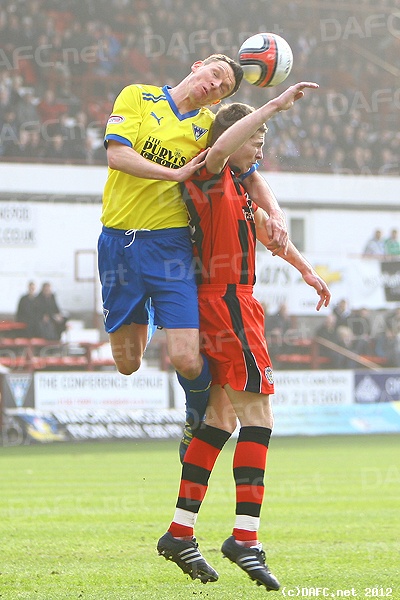 Two unchanged teams came out for the restart which the Pars launched down the left looking for Hardie or Cardle. A throw-in was gained, Mason hooked the ball into the area, Hardie flicked on and Buchanan went to ground under pressure from Mair as he bore down on goal. With the crowd on its feet appealing for a penalty referee Muir allowed play to develop and Cardle bundled the ball beyond Samson at the near post. One apiece, and within 30 seconds of kick-off.