Just as the Pars pull themselves back into the promotion race they manage to trip up once again with a sloppy home defeat losing 1-2 to Partick Thistle.

How frustrating is this Pars team? At times the football they play is outstanding but they keep shooting themselves in the foot with some inept defending and, tonight, poor finishing. With all the top teams playing each other in the next few weeks the Pars are not out of it just yet but they can`t afford any more slip ups. 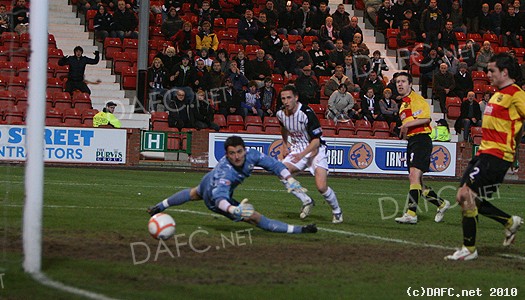 The Pars started with Stephen Bell back in the team after his suspension so they lined up with Fleming in goals, a back four of Woods, Dowie, Higgins and McCann. In midfield Cardle, Bell, Mason and Phinn. McDougall and Graham in attack.

The Pars got off to a good start playing, unusually, towards the home end. Nicky Phinn was close with a header from a good cross by Cardle. That was followed by Bell shooting with a side foot shot after good build up play. The home side were knocking the ball about well across the park and were looking dangerous with Cardle and Graham prominent. 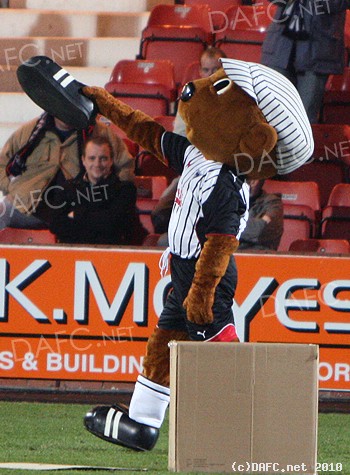 A quick attack by the Pars ended with Cardle hitting over. But it was a complete travesty for Thistle to take the lead as Buchanan was allowed to run through the middle and his shot straight at Fleming should have been easy to hold but somehow the ball squirmed under his body into the net. It was a horrible mistake and there was no place for the young keeper to hide.

Fortunately, the Pars got back on level terms with a good goal by McDougall with a driving run into the box and a low drive past Tuffey.

Cardle was chopped down with Paton being booked for his efforts. Half time 1-1. 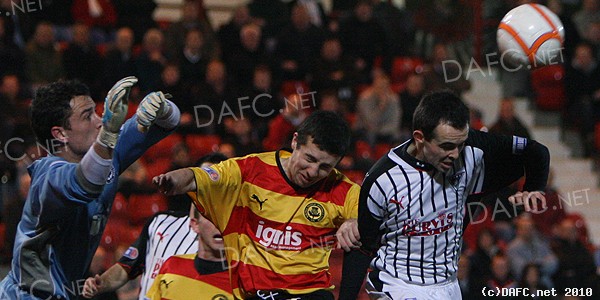 Partick made two changes at half time with Lovell and Corcoran off and Donnelly and McEwan on. The Pars started well again. Nicky Phinn had two shots in quick succession but both were straight at the keeper.

David Graham went off injured with Ross Campbell replacing him after 55 minutes. That was a blow as Graham had played well and was a threat to the Thistle defence every time he had the ball.

Woods managed to pick up a yellow card for a jersey pull. The Pars had a great chance to take th elead when Campbell was put through. Tuffey came rushing out to th eedge of his 18 yard box but the young striker lobbed his shot wide when he seemed certain to score. That miss would prove costly.

Nicky Phinn had perhaps the most shots for the Pars tonight and another in 60 minutes was deflected wide for a corner. A header from the corner resulted in another corner.

Mason hit a good left foot shot that was blocked for a corner. There was an increasing level of desperation about the Pars play as they pressed for a winner. By contrast Thistle were clearly growing in confidence as they kept in the game and there was something inevitable when they took the lead 10 minutes from the end. Donnelly was allowed to advance forward with no solid tackle being made and he blasted a shot high over Fleming who had no chance.

Phinn was immediately subbed possibly for his part in the Thistle goal backing off from a challenge with Muirhead coming on. Final score 1-2. 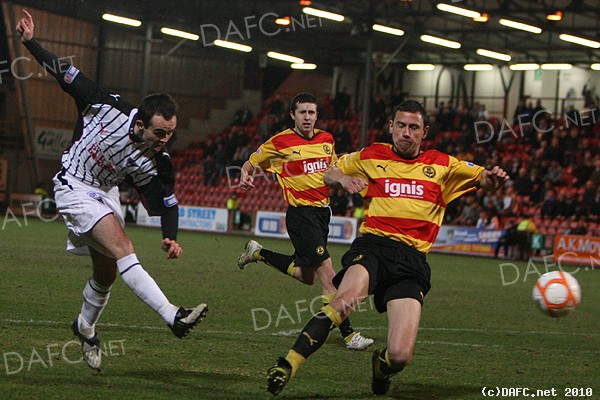 What a disappointment. This game summed up so much about the Pars season. Playing some great football but eventually losing another home game to a team that should have been dead and buried by half time. It wasn`t for the lack of good chances but far too many were hit straight at Tuffey. At the other end Fleming made a complete hash of things at the Thistle first goal. No excuses, a terrible mistake.

Cardle, Graham and McDougall played well with Mason, DAFC.Net MOM, the stand out in midfield. The defence all played well for virtually the whole game bar the two sloppy goals they lost which were both avoidable and costly.

The fact that Dundee and QoS drew makes tonight`s result a bit easier to accept but it was still a huge loss that could well scupper the teams chances of promotion.