Dunfermline hope to be Myles ahead of Falkirk...

It is the second Kincardine Derby of the season between Dunfermline Athletic and Falkirk this weekend at East End Park as two of the Championship`s underachievers go head-to-head on Halbeath Road.

Freelance Sports Journalist Jim Spence queried on Twitter on Friday if either set of supporters could`ve predicted their sides to vr in this predicament pre-season. I think it is fair to say, the answer would be no: the Pars must`ve anticipated a positive campaign with their start to the campaign - a strong showing in the BetFred Cup Group Stages before an opening day victory at Tannadice against challengers Dundee United.

Similarly, with Falkirk, Saturday`s visitors were intrigued by their summer signings and Paul Hartley`s recruitment policy. The issue being that, unfortunately for the Bairns, the majority of their summer imports have been relatively unsuccessful or have struggled to make an impact. Ray McKinnon has already got rid of Port Vale loanee Dan Turner; Dylan Mackin (who was signed in the summer for a fee from Livingston), Cypriot internationalist Dimitris Froxylias, as well as ex-Newport midfielder Tom Owen-Evans.

Experienced signings Prince Bauben and Mustapha Dumbuya add top-flight nous to a side which find themselves languishing at the bottom of the table. Four points picked up from the opening 12 matches does not make for good reading for the Grangemouth side... A win against this weekend`s hosts would ramp up the pressure on Alloa Athletic and Partick Thistle, who are directly above Falkirk, as well as DAFC who sit in 7th position.


Despite 4 points out of 6 in their last two outings, Allan Johnston`s side still find themselves playing catch up. Sitting a whopping 13 points behind current league leaders Ayr United already shows the size of the task remaining for the West Fife club in the remaining 24 matches. While a victory would see them rise one place, assuming that Queen of the South are defeated by Ian McCall`s Honest Men, it still gives Dunfermline hope that all faith shouldn`t be lost.

Despite Saturday`s victory at the Indodrill Stadium being the first in 4 matches - and ironically the Pars` last victory was against Falkirk prior to that - it shows that while a win would be vital and important for Dunfermline, it also emphasises the need to ensure the collection of 3 points come 5pm on a Saturday.

Influential player Louis Longridge looks set to miss out again while Mark Durnan and Sean Murdoch will remain unavailable. Tom Beadling is also absent with a knock so Johnston may decide to stick with the same 18 as 7 days ago. Two players who were key in Dunfermline`s triumph in Clackmannanshire last Saturday were substitutes Kallum Higginbotham and Ryan Williamson; a notoriously formidable partnership down the right side linked up well again in the closing 30 minutes and the manager may be tempted to pitch them in from the start this time out.

A fellow key figure this afternoon could be former Falkirk forward Myles Hippolyte; the attacker, whose birthday was yesterday, will be hoping to put his old employers to the sword once more. The winger scored his last goal - strike number five of this campaign - on the 6th of October against McKinnon`s men in a 2-0 victory. The Englishman, who can also play up top, will be hoping to make his 20th appearance of the term as he faces some familiar faces and old foes with his current employers.

A comfortable, free-scoring, performance by the EEP club would benefit the team massively 7 and not just because it is a Derby match. It would create a 14 point gap against their rivals at the bottom end of the standings while the Pars would extend their lead over 10th position to a stage where you may say `Dunfermline are Myles ahead of Falkirk`...

OK, let`s hope the boys on the pitch can produce the goods better than the banter above; but, ultimately, a win is a win and I`m sure the performance is secondary to that of the final scoreline: another interesting clash awaits between the black and white of Dunfermline and the navy blue of Falkirk... 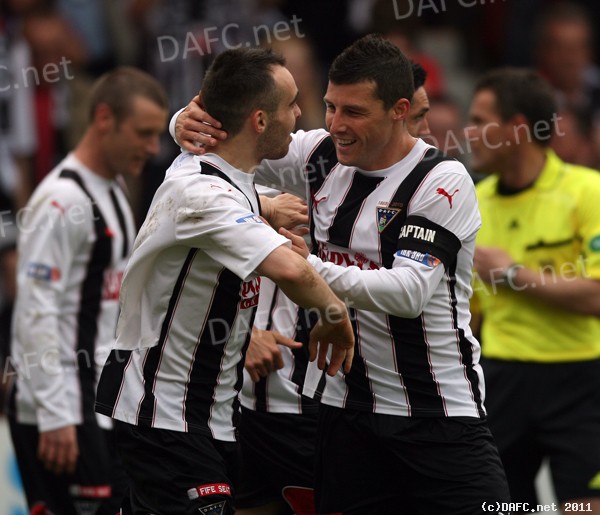 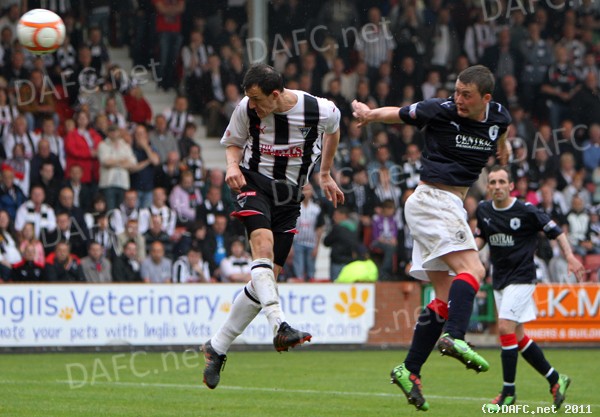 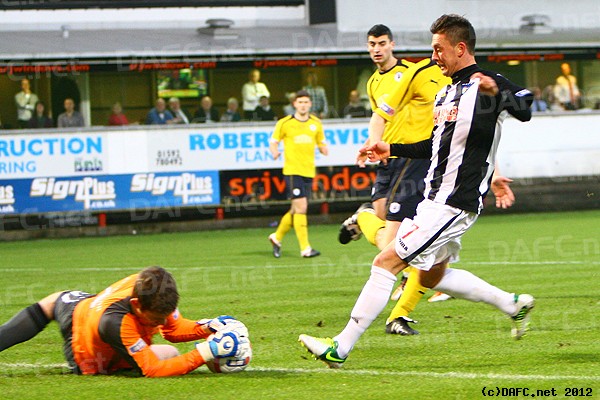