Saturday afternoon football makes a temporary shift to Monday evenings as Hibernian fight their way through the traffic to make the 7:45pm kick off.

After two defeats adding to the away day blues being suffered this season, Dunfermline will be glad to be back at home to try and extend the current unbeaten SPL run at East End Park. Hearts came here and, perhaps undeservedly, won 2-1 on the opening game of the season. Since then, Dunfermline have remained unbeaten and bagged their only wins of the season as well.

The last home game was way back on the 23rd of September against St. Mirren. It`s quite a bizarre quirk of modern day football that a top flight club can go more than a month between their home matches, moreso considering no postponements are involved, but those are the breaks apparently. I`m sure these things even themselves out over the course of a season.........

So, long time no see for first team action at East End and hopefully the Hibs game on Monday starts where the 2-1 victory over St. Mirren over a month ago left off.

The second half of that match was a complete turnaround from the woeful display put on by Dunfermline during the opening 45 minutes. Quite a few fans elected to leave for the sanctuary of the pub after an opening half that saw Dunfermline somehow go into the half time interval just 1-0 down, and having offered absolutely nothing in return.

Thankfully harsh words were spoken, buckets were kicked and Dunfermline came out all guns blazing. Darren Young sparked into life with a goal inside a minute and Stevie Crawford grabbed his second consecutive home goal since returning to Dunfermline. 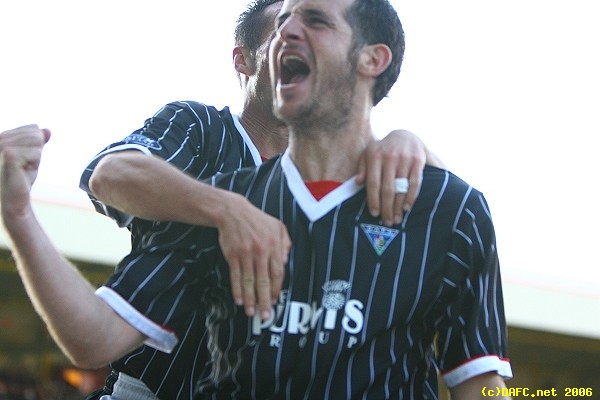 Poor away displays followed the St. Mirren win up at Inverness and over in Motherwell. There was little for Dunfermline supporters to cheer about during either match, though Crawford did manage to do what the entire squad had previously managed to avoid doing all season when he scored an away goal to draw the game level at 1-1.

If Dunfermline intend to take three points on Monday against a Hibs team out with something to prove to any watching managers-to-be, then such performances that have been produced on the road will have to be left well alone! 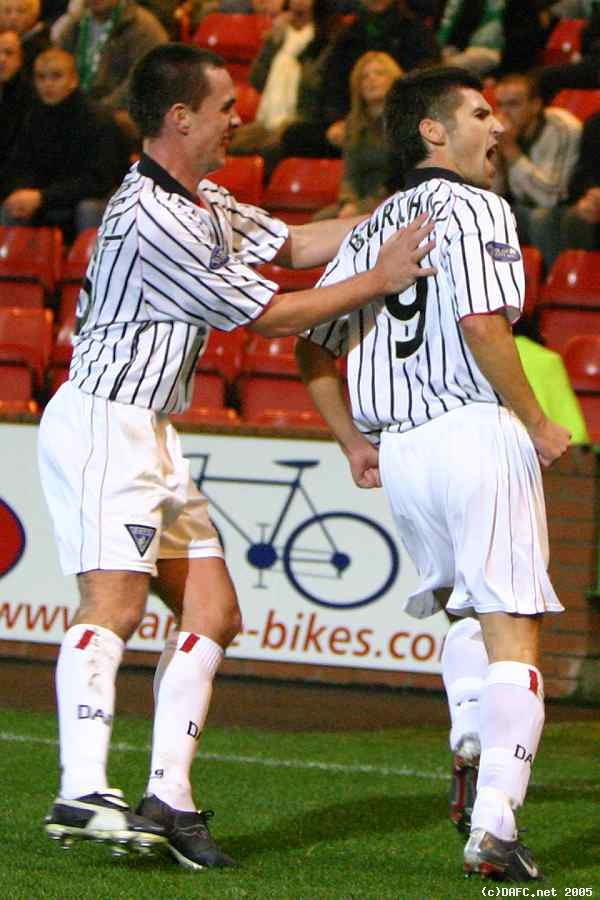 Hibs come into the game on the back of a mixed run of results, however there is only one topic that is dominating the column inches dedicated to the Edinburgh club. Tony Mowbray was the wanted man when West Bromwich Albion needed a new man at the helm, and his two and a half year reign at Easter Road was soon over. Since then, numerous names have been linked with the vacancy ranging from John Hughes at Falkirk, the recently unemployed Paul Sturrock, the under fire coach Eric Black at Birmingham to Mark Proctor the current caretaker manager. 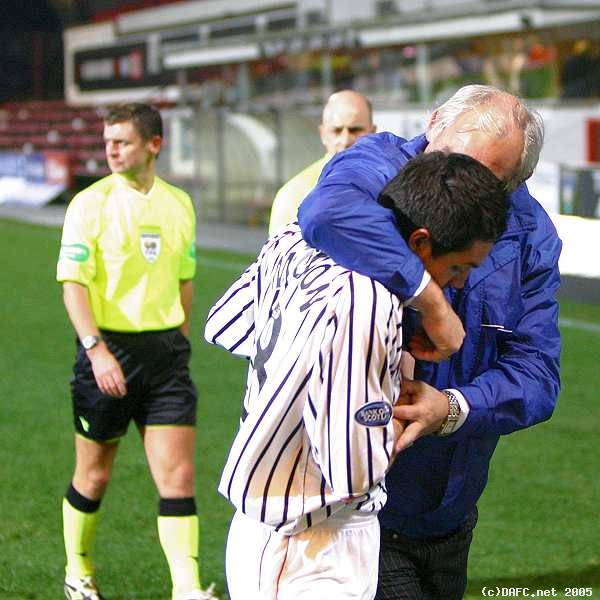 At the time of writing, and the man now likely to be in the away dugout on Monday, Proctor is the men at the helm. Having taken charge for the incident packed Edinburgh derby last week, he saw his team take an early two nil lead, before goalkeeper Zbigniew Malkowski (always a favourite in club shop shirt lettering departments) helped Hearts out by gifting them two goals in return.

Whilst Malkowski was shown up on Sunday afternoon, he will no doubt be out to prove a point on Monday evening. However, should Dunfermline muster up some early chances that put him under pressure, it could be another televised disaster for the big keeper.........

The Dunfermline Press this week has reported Jim Leishman is pondering a three pronged attack against Hibs, though the game could be too early for Mark Burchill to start the match. A place on the bench is almost guaranteed for the returning top scorer from last season, and hopefully Dunfermline fans will get the chance to see him take his place in the new look strike force sooner rather than later.

In the meantime, it is becoming clear that the almost sole task of scoring goals is down to Stevie Crawford. The midfield have looked rather lacklustre on their travels recently, and with Stephen Simmons still missing, their is certainly an attacking element missing from the heart of the team. It is up to the midfield players given the opportunity on Monday to show they can wade in with some assistance for the rather isolated and lonely looking strikers!