With the SPL season consigned to the history books, Dunfermline Athletic have the opportunity to win the third major trophy in the club`s history on Saturday afternoon at Hampden Park!

As is becoming almost the "norm" these days, Celtic are the only club that stand between Dunfermline and what would be the remarkable achievement of lifting the oldest football trophy in the world for a third time. The teams of both 1961 and 1968 will forever be remembered by followers of Dunfermline Athletic for eternity, and now the current management team and players have the chance to join that select band of absolute club legends.

Jock Stein and George Farm both led the club to glory (against Celtic and Hearts respectively) in the 60s and the club has not seen such halcyon days since. The 1961 final saw Stein`s underdogs draw 0-0 with Celtic before a Wednesday night replay (as was the policy until 1990) take place once again at Hampden.

Dave Thomson and Charlie Dickson scored the goals that gave Dunfermline`s its first ever major trophy, and the incredible decade of the 1960s was kick started with Dunfermline becoming a major force at both home and in European competition.

1965 saw Dunfermline`s next cup final appearance, with a 2-1 lead being overturned by, who else, Celtic who gained their revenge for the 1961 final.

The 1968 cup run contained numerous comparisons to the route to Hampden made by the current players in black and white. A tricky third round tie against one half of the old firm saw most "experts" predict an early exit for the Pars. However, Dunfermline went to, and beat, the then European Champions (Celtic!) on their own patch 2-0. 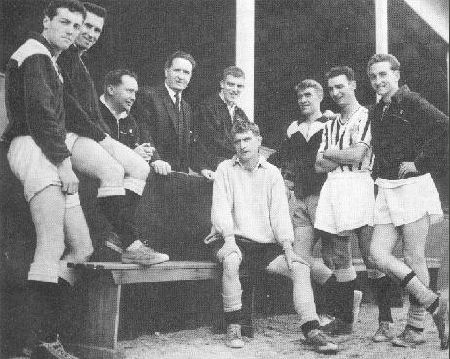 A win over Partick Thistle in the quarter finals, as was the case this year, gave Dunfermline a semi final which went to a replay, count the coincidences, which they overcame to take on Hearts in the final. Having already dispensed with Hearts on route to Hampden this time around, Dunfermline have to yet again get past the Scottish Champions if Greg Shields is to join both Ron Mailer and Roy Barry in lifting the cup.

Stephen Kenny and his players may never get such an opportunity again. Whilst some may point out that this will be Dunfermline`s third major final since 2004, the lack of such an event between 1968 and 2004 is a damning statistic and perhaps the norm for a club such as Dunfermline.

Pars fans for more than one generation have yet to experience what must be a simply incredible high that winning the Scottish Cup would provide. The tales that are still told about the players from those halcyon 1960s days may still sound fresh on occasions within the walls of East End Park, but 40 years is a long time for anyone who does not have the highest possible levels of patience! 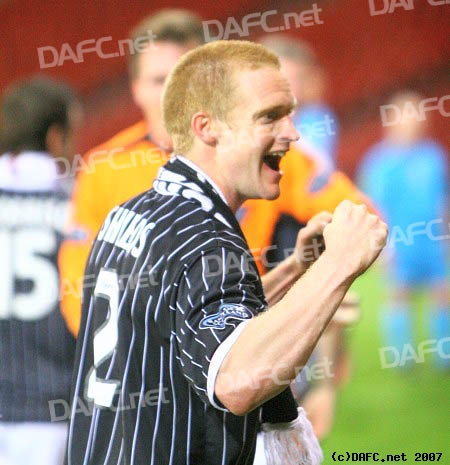 Greg Shields can join an elite band of players

The last couple of league games, which has seen the club fail in its ultimately futile bid to stave off what seemed at one point to be an inevitable relegation, may have been an anti-climax. However, the weeks before the late defeat up in Inverness game everyone associated with the club such a massive confidence boost, the games could not come quick enough.

In a season of incredible highs and lows, Dunfermline have been underdogs in three of their four rounds to date. Drawn at home to Rangers in the third round, The Pars were seen as cannon fodder in the week after Paul Le Guen`s departure from Ibrox. That storming 3-0 lead (eventually cut back to 3-2) will never be forgotten as Dunfermline took on and beat their old firm opponents.

Existing cup holders Hearts were next up, with Dunfermline again being written off by the collective illumini which form the Scottish media pack. However, Scott Wilson`s last minute header put the Edinburgh side out and Dunfermline marched on.

That repeat of the 1968 quarter final against Partick was next up, and Dick Campbell`s side were seen off 2-0 thanks to Stephen Simmons` double. His yellow card for "smoking" a cigar in celebration grabbed most of the media spotlight as Dunfermline went into the draw for the semi finals.

St. Johnstone ended up playing Celtic, whilst Dunfermline got Hibernian and were once again told that their cup run would come to an end at long last.

A nervy 0-0 draw at Hampden resulted in both teams going back to the national stadium in front of a reduced crowd 10 days later. Jim McIntyre`s INCREDIBLE penalty a few minutes from the end won the match for Dunfermline in a style that is unlikely to be forgotten for many years to come.

Having been written off prior to their games against Rangers, Hearts and Hibernian, Dunfermline were into their fifth Scottish Cup Final. Surely no one can say the club don`t deserve their place in the showpiece having had the draws they`ve experienced along the way?