What a great year this has been for the Pars ! Slightly dampened by the loss our management team, but what a good squad of players. Now that the fuss over the last couple of weeks has died down we want to know who was your best player in 2003-2004 ?

Each player will receive a trophy. So all you Pars fans can choose which player you thought performed best in the season 2003-2004. 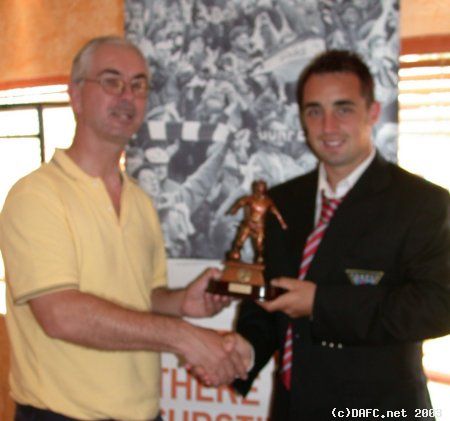 Gary accepts the award from our editor of the site.

(Let me know if I have forgotton to add a players name to the list.)