Dunfermline Athletic take on Partick Thistle this evening in the SPFL Ladbrokes Championship as the final third of the opening quarter begins. Match-Day 7 sees the BBC Alba cameras rock up to East End Park to capture the action from what may be an open and expansive match from both clubs.

Neither team will be satisfied with their start to the season as they head into tonight’s fixture, but, it gives Allan Johnston’s men the chance to close the gap on the sides above them ahead of the regular Saturday fixtures. For Thistle’s boss Alan Archibald, it would be relief to finally pull away from the bottom of the table – with a win taking them seven points clear of the Pars in 8th.

It has been a difficult month for Allan Johnston with no wins throughout the month of September…well, in 90 minutes that is! Of course, Dunfermline did defeat Boreham Wood on penalty kicks to progress in the Irn-Bru Cup, but, after the regulation time, the score was a draw. In fact, the last two victories for tonight’s hosts have came in the ‘Challenge Cup’ – with the 2-1 win over Inverness Caledonian Thistle on the 14th of August being the last time a tick could be placed beside the Pars’ name.

It shouldn’t all be doom and gloom though, with the DA unbeaten in 3 matches – albeit all draws. The 0-0’s against Boreham Wood and then Alloa Athletic saw Johnston return to his tried and tested 4-4-2 formation which made the defence look stronger and more solid.

The creative spark the 3-5-2 had initially provided the Pars was needing re-ignited and last weekend’s goal by Andy Ryan has hopefully put the Fifers in a position to do so on Friday evening. If the solidity of the defence, with only a Lee Robinson mistake being the only goal conceded during the past three games, continues and the attacking players can find their mojo again then Dunfermline may be fruitful at both ends of the pitch come 10pm this evening. 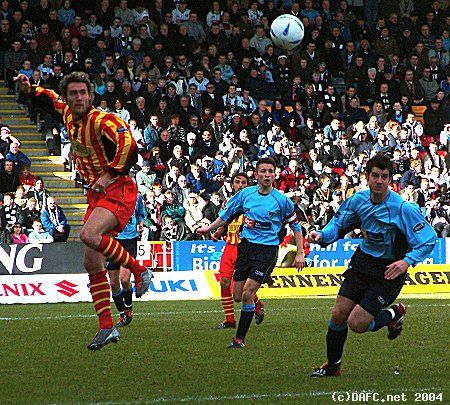 However, the recently relegated visitors won’t make it easy for DAFC. Partick Thistle have not been as dominant as they would’ve liked in the opening weeks of the campaign, but, a morale boosting victory against Queen of the South last weekend will give confidence to the side who were plying their trade in the Premiership last term. Experienced players such as Cammy Bell; Chris Erskine and Kris Doolan are joined by the youthful enthusiasm and potential of Niall Keown (son of ex-Arsenal defender, Martin), Andrew McCarthy and Jai Qutongo. The latter needs no introduction following his spell with Greenock Morton while McCarthy and Keown were key-figures in Thistle’s squad last campaign and remain with the Jags despite dropping down a division.

When you mix that with players such as Blair Spittal, Christie Elliot; Thomas O’Ware, Craig Slater and Andrea Mbuyi-Mutombo, it emphasises the strength within the squad travelling to West Fife on Friday, while also demonstrating how hard this league is that a group of established professionals can be so inconsistent. In fairness, it is a brand new group of players and their form is beginning to improve – 9 points from 6 matches may not seem great but when you look at their overall record, they’ve won 7 matches out of their 12 in all competitions this season. interestingly, they also haven’t drawn a match yet so it is likely that the Pars’ trend of three consecutive stalemates could come to end after this encounter.

Dating back to 2004, Dunfermline and Partick have met 12 times in the previous 14 years. The record stands at: 4 wins for Athletic, 6 victories for the club from Maryhill and two draws. The last victory came at Firhill in 2012, when the club were set for Administration.

The Scottish Cup triumph came in form of a 1-0 success, with Andy Barrowman scoring the only goal of the game. However, later on that campaign the Jags would win 4-0 at East End Park before denying the Pars Championship football for season 2013/14 as they scored late to draw 3-3 with Jim Jefferies men.

It is imperative that Johnston gets his side back on to the winning trail soon and tonight could be the best opportunity to do so against a side who are consistently inconsistent! The visitors haven’t been able to string two consecutive league wins together all season, so, the odds aren’t favourable for Archibald’s men, but, a win for the Glasgow club could see it being a night to forget for Dunfermline.

Let’s hope it is a fright(ening) performance by the Pars tonight to set the weekend up in style.