A great turn out saw Legends and the Kingdom Suite packed out as the former players and management team did the rounds to answer questions from Pars fans.

Three groups of players, along with the management team of the time (Jim Leishman, Gregor Abel, Joe Nelson, John Jobson and Pip Yeates) took turns to visit both areas of the ground and were interviewed by hosts.

Fans were then given the chance to ask questions, which ranged from pre season tales to post match celebrations of the time.

All the players were up for it on the day and were happy to recall their "glory" days when Dunfermline Athletic won the Second Division and put the club back on the road to recovery. 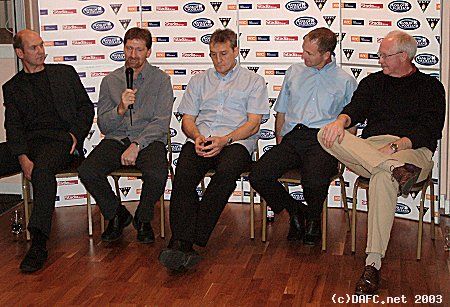 Players who made it along on the day were:

A video tribute was made to absent friends, Norrie McCathie and Gary Thompson, along with directors who have since passed on.

Video clips were also shown of Ian Heddle`s fantastic goal against Scottish Champions Aberdeen in the 1985 Centenary Match. Footage was also uncovered of the 4-0 win over East Stirling which won promotion for the club. 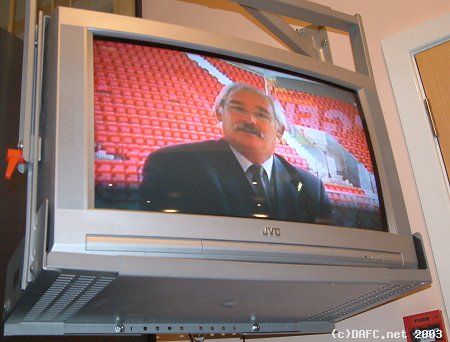 Leish on the TV

Multiple sing alongs of "Eastenders" were also on the agenda as some dodgy 80s haircuts were displayed for all to see on the TV screens!

Signed tops and footballs were available for the fans who performed well in the quiz, as well as leisurewear from the club shop. Pars Personal Health Vouchers and hospitality prizes were available in the raffle.

All in all, it was a fantastic day with the players really enjoying themselves and being made to feel welcome by all Pars fans once again.

Hopefully, this will be the first of many similar events with other Dunfermline Athletic Legends Reuniteds still to take place. 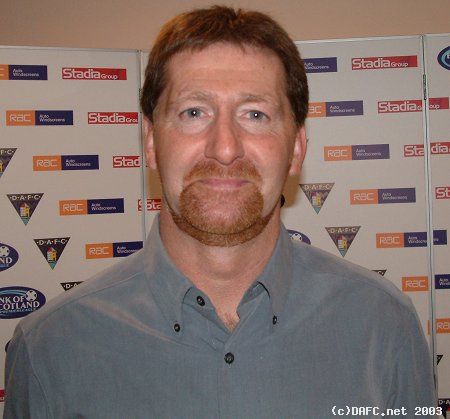 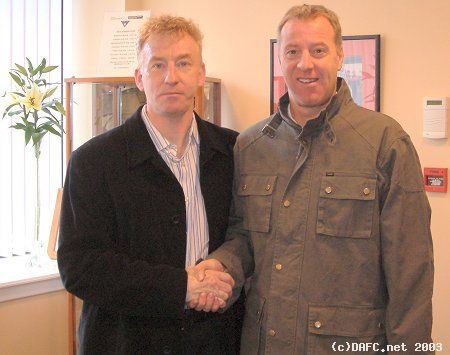