John Yorkston and Jim leishman introduce Bob Purvis and say that they are delighted to welcome him as club sponsor. Purvis are regular supporters of the club and events regularly attending Sportsmens Dinners and sponsoring the club in other capacities in the past. 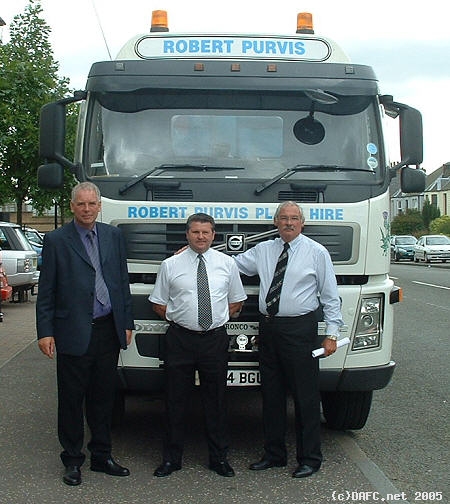 Jim welcomed Bryn Halliwell and Scott Morrison to the club and he hopes they enjoy their spell here.

Jim saaid that he was looking at bringing in a Polish striker for trials and one other unnamed slovakian. Two scottish players are also targetted.

The club is going to Italy for a few days flying from Edinburgh, Liverpool to Italy on the Sunday after the Gretna game. Two games are expected to be played, but not yet finalised.