Alloa Athletic travel to East End Park for the first match of 2019 for both these sides, on Match-Day 20 of the SPFL Ladbrokes Championship.

Both clubs ended the year in positive fashion with a victory - despite contrasting fortunes ovnter er the past 12 months.

Dunfermline were in a similar situation 12 months ago, but, shrewd recruitment in the Winter Window, along with an astonishing unbeaten record at the tail end of the campaign, saw a promotion playoff spot secured for DAFC. Ultimately, a 2-1 aggregate loss to Dundee United ended their hopes of a place in the Premiership but a positive 18-19 campaign looked likely.

After a strong start, particularly with 5 wins from 5 in all competitions at the start of the term seemed to back up the theory that Dunfermline would be a firm contender at the right end of the table come May.

Unfortunately, the form of Allan Johnston`s men has tailed off significantly in recent months and that has left the Fifers seventy in the second-tier halfway through the campaign. 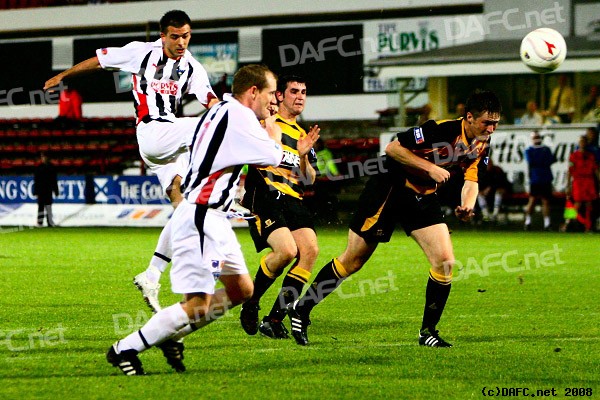 A perfect way to end the year is against your rivals and that is what Dunfermline were given, with an away fixture in Grangemouth the final act of 2018. It looked like bottom club Falkirk may be the team to end the year on a high as Joe McKee fired home after just 2 minutes to send The Falkirk Stadium into raptures. The large travelling section weren`t down in the dumps for long though as Myles Hippolyte, albeit via a wicked deflection, levelled things up after only 15 minutes before Tom Beadling made it 2-1 just moments later.

A joyous Pars support celebrated a slender half-time scoreline, despite being extremely dominant and in command of proceedings. Beadling fired home his second, and the visitors third, shortly after the interval before fellow midfielder James Vincent got in on the act in front of the 1,500 travelling supporters.

Despite the Bairns pulling a goal back through Scott Harrison, Ray McKinnon`s men would fall 10 points behind their near neighbours, heading into the New Year.

With the Transfer Window now open, AJ has the opportunity to enhance the squad if he so desires. Players may be looking to find new clubs or the management team may look to move guys on who don`t have a large part to play in the second half of the season. However, it has been quiet at EEP so far, with the only movement by Athletic being the recall of young striker Callum Smith from Arbroath.

While other clubs, mainly Falkirk and Partick Thistle at time of writing, have made wholesale changes early door, it looks like Dunfermline are content for now and will be their time in the market before making any moves. An overhaul is unlikely but replacing or add members to the group in certain positions seems to be on the agenda, like most clubs, come January.

Allan Johnston will be hoping it is more a Dunfermline revolution in 2019, rather than the club having to make many New Years resolutions.... 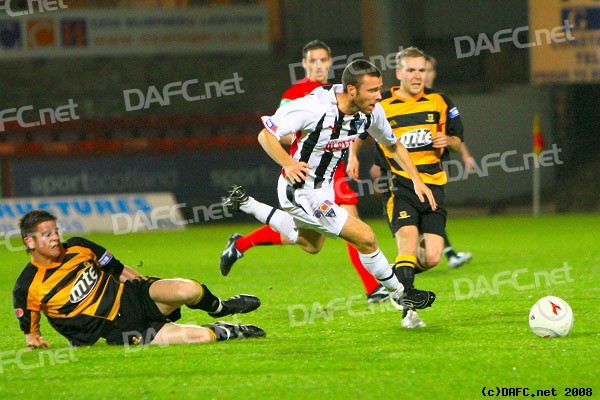 Speaking exclusively to this website, Alloa Athletic captain Andy Graham discusses the year that has just gone; this weekend`s encounter and how big an achievement a victory in West Fife would be:

"It is fair to say it has been a great year for the club. To go and win promotion by defeating a full-time side in Raith Rovers and then the Championship club (Dumbarton), then, it was certainly a fantastic end to the season for us and we deserved it in the end too, I feel. This campaign, we`ve kicked on again under the Gaffer - who has been brilliant since he came unto the club - and have surprised a lot of people so far.

Over the years, there`s been at least one other part-time team in the division be it ourselves, Brechin, Cowdenbeath, whereas, this term, we Ade up against 9 clubs who`d all be fancying their chances of a top 4 finish come the end of the season. We have gone about our business diligently and improved after a poor first quarter. Clubs like Falkirk and Partick will be disappointed with their opening half of the season and that has shown with the overhaul of their squad in recent days: they`ve changed managers, their supporters will be frustrated and the clubs will be feeling pressure to rise up the division. While we of course have that same ambition and pressure to remain in the Championship beyond this summer - which comes from within our dressing room as well as our fans - we know that these clubs will be desperately hoping we slip up and they pick up; we`ve just got to concentrate on yourself and make sure we keep doing as we have been - if we continue to work hard for each other, remain organised and continue to pose a threat in the final third, we are confident we can cause teams problems.

Last weekend`s victory over Dundee United was a massive result, particularly with the two teams below us losing and Dunfermline winning. To go 1-0 down - and to be fair to Callum Booth it was a great free-kick - you can maybe see them taking control and maybe grabbing more goals but we kept on fighting and we got the win in the end. To come from behind, as well, gives us so much confidence; we never know when we are beaten and it is great to finally turn a draw, something we`ve had far too many of this season, into a win late on with Dario [Zanatta]`s goal.

We`ve been really unfortunate against Dunfermline so far this term. We`ve had two 0-0 draws at East End Park - although, we did in the Irn-Bru Cup on penalties. To lose 1-0 against the Pars in our last meeting was disappointing as I didn`t feel there was much in the match, but, it was a fantastic goal to win it by the lad Longridge. To be fair, despite their position in the table, I actually think Dunfermline are one of the more impressive clubs this season: they try play football and have a really good squad, on paper at least. We know how hard it is going to be on Saturday but we have a lot of quality within our squad too and we fancy ourselves, if we perform to our capabilities, to leave the park with 3 points this weekend, if I`m honest. 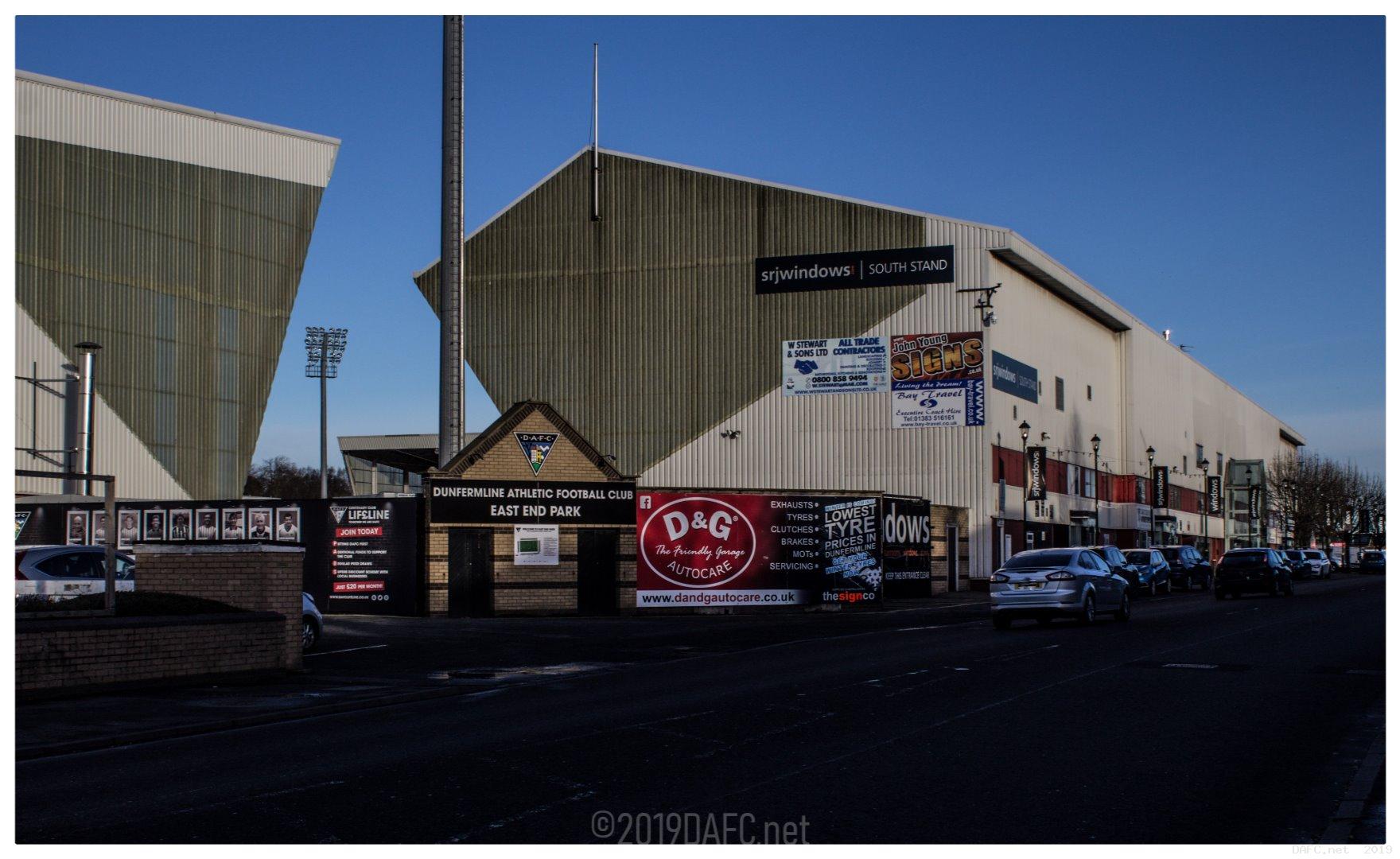 It is hard to compare winning promotion through the playoffs to staying up in the Championship as obviously the immediate reaction to going up is celebratory while avoiding relegation isn`t necessarily something to be dancing and singing about, but, it`d certainly be great for the club. We`ve had chats with the Gaffer and he is telling us constantly to look up the league than sorry what`s behind us. It is a tough division and a couple of positive results can shoot you up the league: a win over yous on Saturday would see us go just one point behind and drag you into the wee mini-cluster of teams at the bottom and that is our goal, to bring as many teams as possible into the fight at the bottom and try steer ourselves clear of those bottom two spots.

The fans have been fantastic for us as always; in my two and a half years at Alloa, I`ve never had a bad word to say about them. They`re always encouraging, even in defeat they`ll stay behind to clap you off and you feel a real bond and togetherness with the fans each week. There`ll be a healthy number travelling to Fife this weekend I am sure and we just hope we can give them something to shout about and begin their 2019 with a win!"