First choice striker Stevie Crawford is recalled after serving his one match suspension during the defeat against Germany.

He is joined by Pars no.1 Derek Stille who has consistently excelled himself between the sticks for Dunfermline over the last year.

Stevie Crawford is a man in form, with 3 goals in his last two games taking his tally to 4 for the season. Hopefully, this will see him restored to the frontline for this crucial match which could see Scotland win a play off spot for the finals.

Crawford is also joined in the squad by Kenny Miller and the two of them last played up front in the tremendous 1-1 draw against Germany back in July.

Stevie has now won 15 caps for Scotland (14 whilst with The Pars) and is by far the most capped Scotsman the club have ever had. Cap number 16 will hopefully see him add to the 4 goals he has also managed to get for Scotland. 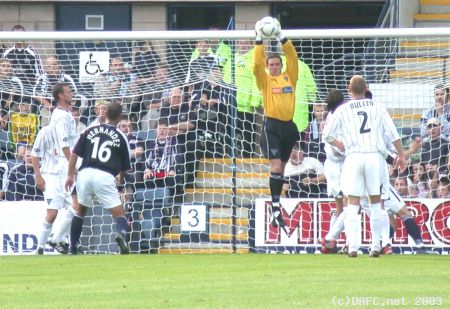 Derek Stillie was recently called up as goalkeeping cover for the match away to Germany. Neil Alexander had to withdraw from the squad to attend the birth of his child and Stillie was the man Bertie Vogts turned to.

His "proper" call up this time round will come as no surprise to Pars fans who have often relied on Stillie`s amazing shot stopping ability to bail Dunfermline out of trouble.

Since replacing Marco Ruitenbeek in goals during last season, Stillie has not looked back and has made the goalkeeper`s jersey his own.

Clean sheets against Celtic, Dundee, Cowdenbeath and Hibernian have helped the Pars defence plug the leaky defence that caused so many problems last season.

Paul Gallagher of Dundee United has now lost his place at club level and has dropped out of the squad. Having won a cap against Austria earlier this season, but hardly excelling himself, he has slipped down the ranks amongst Scottish keepers.

The full squad for the match on the 11th October is:

More good news for the Pars sees Stillie, Barry Nicholson and Scott Wilson all called up for the Scotland "Future" match against Germany. That match will be played at Pittodrie on the 21st of this month.

Best wishes to all the Pars internationalists over the next couple of weeks, perhaps with the exception of Andrius Skerla who faces Scotland next week!

History could be made with Dunfermline players facing each other at international level for the first time. Hopefully Stevie Crawford and Derek Stillie will be the ones most looking forward to training when they return to club duties..... 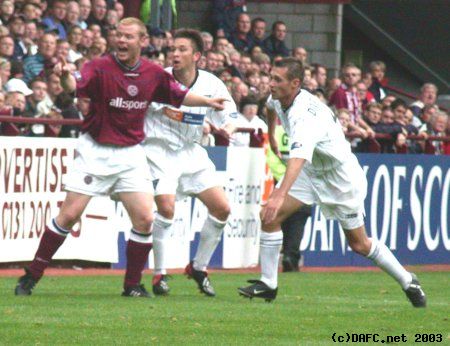 Nicholson gets another chance 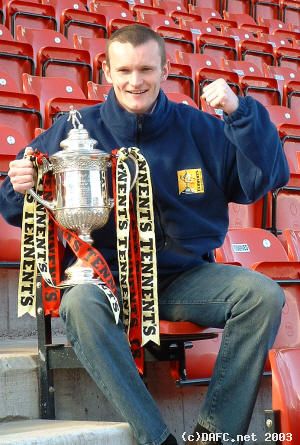