Pars goalkeeper Sean Murdoch has signed for newly-crowned First Division Champions Hamilton Academicals for a nominal fee. The 21 year-old put pen to paper for a two year deal with the Lanarkshire side after finding it hard to get a regular first-team place for the Pars due to the brilliant form of Paul Gallagher, who was initially brought in on loan from Norwich City and has now recently signed a new deal for the next 2 years. 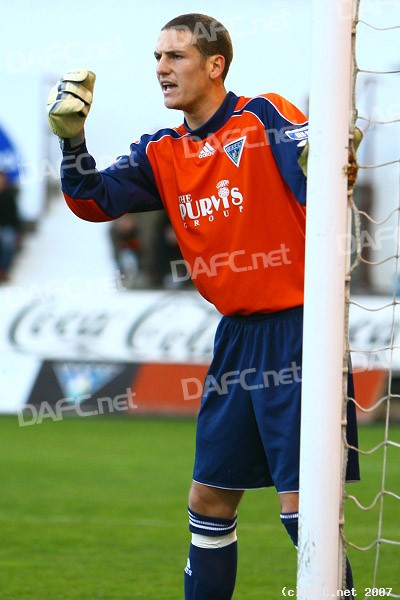 Billy Reid told the Official Hamilton Academical website: "Sean is someone I know and have worked with before and I`m delighted to get him on a two-year deal.

"Bryn played a big part in our title success, he has been great for us with a succession of clean sheets and he goes with our very best wishes."

Sean is no stranger to New Douglas Park having played 11 games for Hamilton whilst on loan from the Pars in season 2006-7 and recording 6 clean sheets.

All of us here at DAFC.net wish Sean all the very best for him in the future.