A gritty performance by the Pars saw them record a rare clean sheet and secured a valuable away point.

Stephen Kenny`s rallying call to the fans to get behind the team and for the team to show some fight and determination was in evidence at Love Street this afternoon as the Pars won a vital point in what was otherwise a poor spectacle fo a game. A good away support gave the team great backing throughout the match and most fanswil be happy with the point on the basis of the game they had just witnessed. 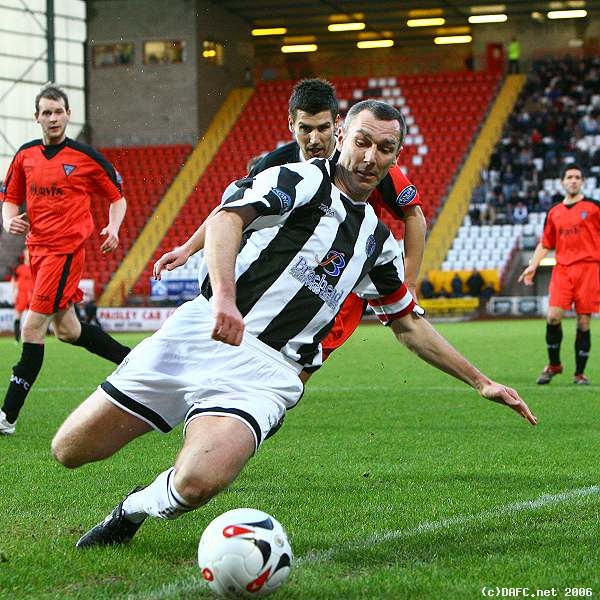 The manager has made it clear the team must start to make themselves difficult to beat. With that thought in mind there were a number of changes from the Celtic match. Dorus De Vries started in goal with Greg Shields at right back, Phil McGuire and Scott Wilson in the centre and, rather strangely, Darren Young at left back.

The midfield saw Greg Ross on the right, Gary Mason and Stephen Simmons in the middle and Scott Muirhead on the left. Stevie Crawford was partnered with Mark Burchill in attack. 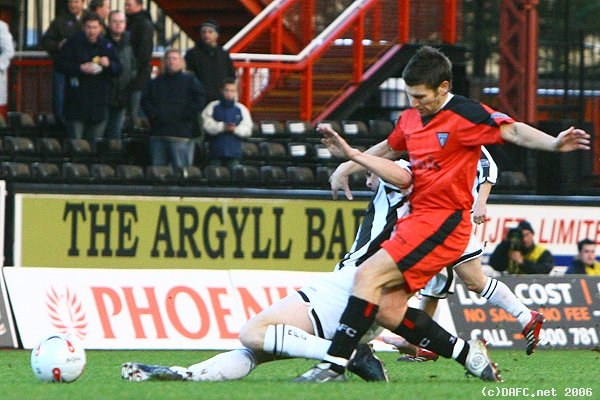 The game started with Pars playing with their fans at their back (but not on their backs!). The conditions were clearly going to play a part and the ball was constantly up in the air as both teams struggled for composure and some passing.

Stevie Crawford tried a neat lay off with his chest but it did not run through to Burchill in 10 minutes. A couple of minutes later Simmons had a good shot saved by Bullock. Scott Wilson committed a silly foul 25 yards out in 17 minutes but St Mirren hit it well over. The home sides forwards were quick and were caught offside several times in the half.

Burke came very close to opening the scoring in 21 minutes when he hit the outside of the post with De Vries well beaten. Greg Ross was doing well on the right and won a corner in 22 mnutes. 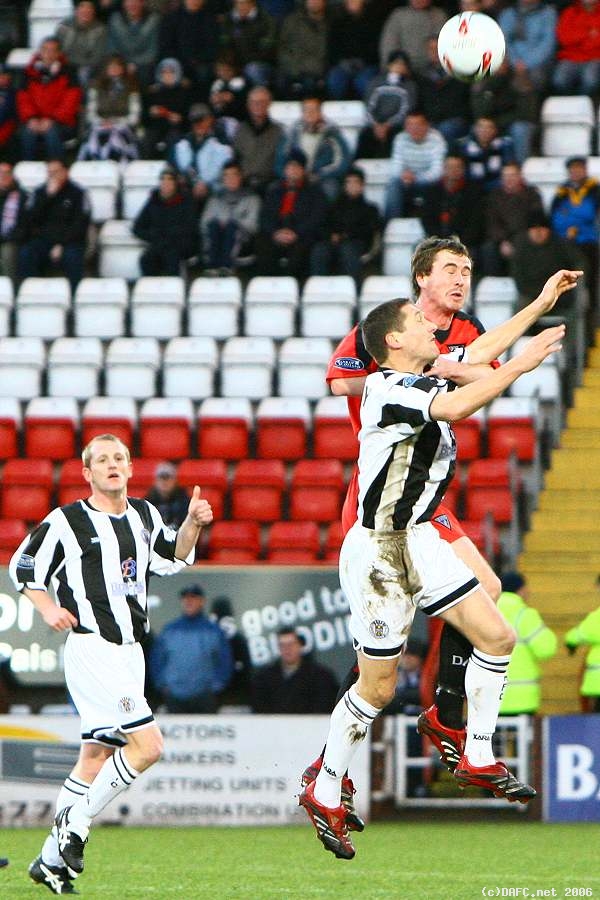 There was almost a calamity for De Vries in 28 minutes when he dropped cross and the ball was toed wide but the flag had gone up for offside (or maybe a foul on the keeper, which it was n`t). The Pars fans must have started to think, maybe this was going to be their day.

Muirhead hit a long free kick from the right touchline to Burchill who knocked it back across goal but there were no takers.It was then Bullock`s turn to spill a shot giving the Pars a corner in 42 minutes. Burchill went off injured to be replaced by Hamilton and Crawford managed to get himself booked jus tbefore half time. Half time 0-0. 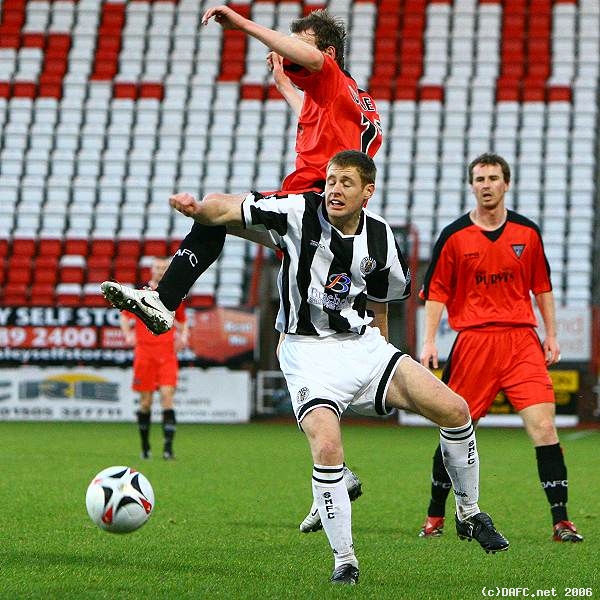 The Pars were now playing towards their fans and it was not until 50 minutes that Crawford had a half chance which bounced a bit high and he could only help it over the bar. Dorus De Vries made a great stop in 54 minutes from a glancing header that seemed to be a certain goal.

The play for the next 20 minutes was messy with neither side really getting hold of the ball or the game. The Pars won two corners in succession which lifted the support but could do nothing with either in 74 minutes. 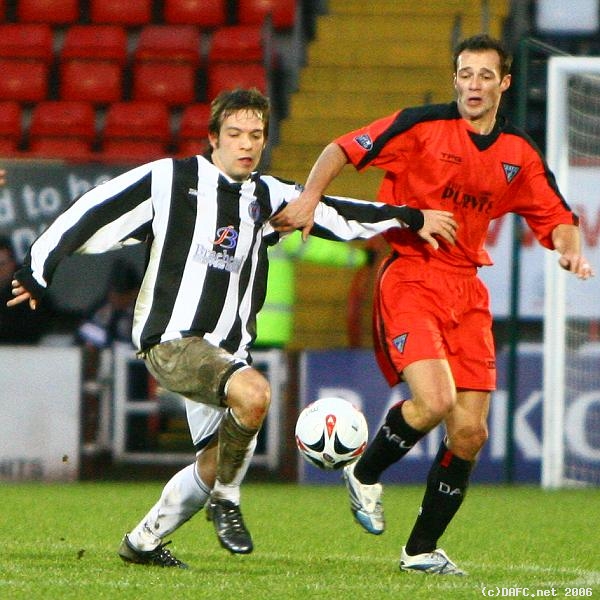 Phil McGuire was booked in 76 minutes and then Mason in 78 minutes. Hamilton managed to head over from an excellent cutback cross from Greg Shields over at the right corner flag. Simmons had a good long range effort in 90 minutes but the keeper managed to hold at the second attempt. Final score 0-0.