The Most Exciting `Wins` Come From The Cups!

Because it was situated in between Queen`s Park`s Recreational Ground and Hampden Terrace, the original Hampden Park got its name from its geographical location. It served as the site of Queen`s Park for numerous years, with the SFA only recently purchasing the stadium from the Spiders.

Hampden Park was the location of the first ever Scottish Cup Final in 1874, which was attended by 2,500 fans. Supporters still make their way to the National Stadium for Cup Finals every year, with the tradition of the competition ingrained within Scottish society. 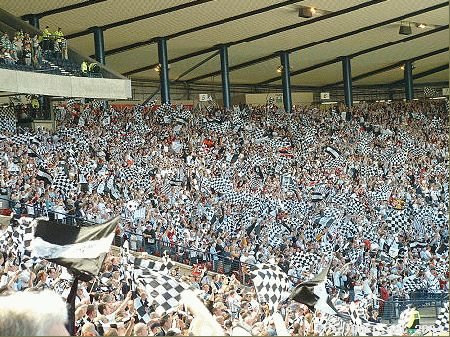 The height of the trophy is twenty-four inches, and its primary construction material is silver. George Edward & Sons, who worked as gold and silversmiths in Glasgow, were awarded the commission. At the time, the price of the job was 56 pounds and 13 shillings. Even though the Scottish Cup was the second competition to be established in the history of football, the trophy itself is the oldest in the game, and Guinness World Records recognises this; it holds the status of being the oldest award in the sport.

Although the FA Cup is the oldest event still played, their cup has been changed on multiple occasions, whereas the Scottish Cup has used the same piece of silverware ever since it was first played in the 19th century. According to betuk.com/betting-calculator/ one can place bets on the upcoming Premier Sports Cup and Scottish Cup tournaments, for Season 2022-2023, by following some simple and easy steps, by clicking on the website link above.

The formative days of the Cup were dominated by Queen`s Park, who took first place in each of the opening three editions of the tournament. Their current total is ten Scottish Cup wins, the most recent of them occurring in the year 1893. Celtic have a total of 39 trophy lifts to their name, with the most recent one coming in 2019. This makes them the most successful Club in the history of the competition. Their arch rivals in the City of Glasgow, Rangers, had won the Scottish Cup 33 times, the most recent of which was in 2009.

There have been a total of 25 different teams that have been crowned champions of the Scottish Cup; however, several of the names that are engraved on the trophy are no longer active in Scottish Football. Even though Renton FC, Third Lanark, and St. Bernard`s have been defunct for quite some time, their victories have ensured that their names will not be forgotten.

Due to the fact that every Club competing for the Cup is well aware that victory will cement their place in the history books, unexpected outcomes are always possible and never far away! In 2014, St. Johnstone competed in and won their first ever Scottish Cup Final, which they played against Dundee United. The final score was 2-0 in Saints` favour, before current DAFC Assistant Manager, Dave Mackay, lifted the trophy above his side to begin the celebrations of the Perth side.

In contrast to the Scottish Cup - which is open to virtually any side that is actively competing in the Professional, Semi-Professional and Junior ranks within Scottish Football - the Scottish League Cup is a bit more selective in the teams that it permits playing in the competition. Fans seem to view it as having a lower level of prestige compared to the Scottish Cup; in a nutshell, meeting the requirements to compete in the Premier Sports Cup (Scottish league Cup) is easy: Participate in the Scottish Professional Football League, also known as the SPFL, and you are guaranteed a spot within the tournament.

Additional teams that play professionally in typical Scotland, are then selected from the Lowland League and Highland League to make up the numbers, with the winners and occasionally the runners up of these divisions being permitted to play in the competition for that specific season.

The majority of the sides which make up the tournament begin in the First Round, which is a Group Stage format where Clubs are drawn against each other into mini-leagues and they play one-off matches against the other teams, either at home or away, with the Group Winners and the best placed Runners-Up qualifying for the next stage, where the SPFL teams competition in UEFA European Football that particular campaign enter the fray.

The Group Stages are always competitive and are seen by many of the higher-ranked Clubs as an additional part of Pre-Season, while the lower ranked sides view it as a chance to progress in a competition where they may not originally have done so if it was a straight-up knockout tournament. So, just like the Scottish Cup, shocks aren`t unexpected, with managers and players wary of potentially slipping on a banana skin and being unable to avoid an early elimination from the competition. 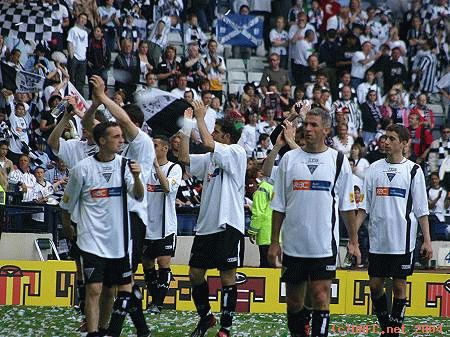