By the Fans, For the Fans at Borehamwood

When it comes to community spirit, you can be assured Dunfermline Athletic are right up there as one of the best clubs in Scotland. Since Pars United took over and DAFC became a CIC, it has been clear to see the progression on and off the park.

A key member in creating a feel-goof factor within East End Park is lifelong Pars fan Marvyn Stewart. Speaking to dafc.net, ahead of the trip to Boreham Wood in the second round of the Irn-Bru Cup, the creator of the Pars’ Supporters Hub’s bus has allowed different members of this community to travel down south. Alongside supporters on the overnight trip to Hertfordshire, travellers include ParsTV Crew Members; DAFC.Net’s Live Updater, as well as Vlogger Ben Crawford.

The YouTuber, known under the username 1885Ben, told this website:
“I am going to try make this Vlog slightly different and more appealing as we probably won’t be in this situation again – at least this season, anyway. I am definitely looking to implement some new ideas to give an added bit of detail, especially for the fans who are abroad and things like that who can’t physically make the match.

I have been told my videos almost mark the occasion of certain matches and that gives my video a wee bit of an edge, I feel. If we win this match, it’ll possibly be remembered more than others as it could be the only fan-orientated vlog on the internet, documenting the whole journey over the weekend. 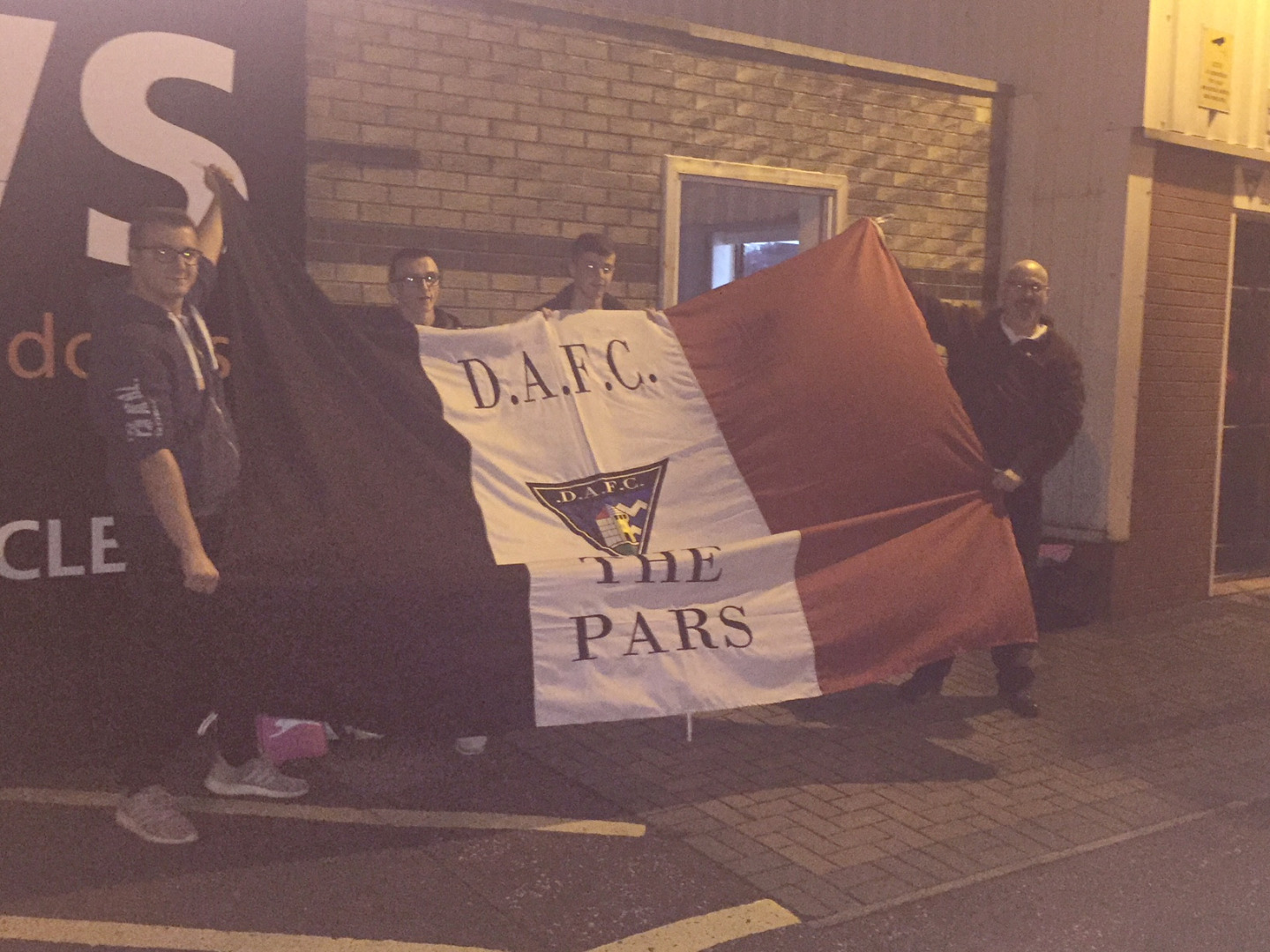 For example, in the last round against Inverness, it was midweek and it was difficult for people to travel up there due to work commitments etc – I think that is emphasised by the fact the official supporters bus didn’t even manage to travel up to the Highlands!

This time, there is no lack of interest; people are booking their own travel: folk are going to Boreham Wood via Planes, Trains and Automobiles…to be honest, I wasn’t expecting to be going to this match, but, I was persuaded by Marv and I am really glad I am going now because this is a once in a lifetime opportunity to watch us playing a team out with Scotland.

I didn’t even support Dunfermline the last time we were in Europe so this experience is something different, where I can tick off a ground on my list in which I likely won’t visit again with the Pars. This is a unique match and while the performance and result of course matters, a lot of this weekend will be memorable for other reasons, such as spending quality time with fellow family and friends who are all Dunfermline daft, too!”


Also travelling on the bus is ParsTV: despite the crew receiving a set-back this week with the refusal by Boreham Wood for the DAFC Streaming Service to show the match live across the globe, highlights and interviews have been granted by the National League side.

“It has been a long-time in the planning,” says Jordan Burt, one of three members who are making the 7 hour journey. “It has been disappointing to find out that Boreham Wood are not allowing us to stream the game to the supporters around the globe, as well as to the fans at East End Park, but, we are grateful that they have allowed us to record highlights and interviews.

We booked this bus immediately when it became available. After weighing up all our options, we realised that the service Marv is providing the support travelling down is top class. As well as arranging a bus, she has booked the bus in to a restaurant for our breakfast and made sure the majority of the travelling party have got accommodation close to the stadium, which is particularly helpful to guys like myself, Ross McClung and Sean Richmond who have a lot of kit which we must transport to the ground. This just typifies the community spirit within the club and the support and the help Marvyn has provided ParsTV to help us reach Boreham Wood in a safe and timely fashion will forever be remembered.”

With no stream being available, supporters will be keeping up to date through the Live Updates, which can be found on the club’s official website, Twitter feed, as well as on this website, through Lorna Morton.

“I have been doing this service for 11 years now and this is probably the most exciting game I have ever covered. It really does feel like a Cup Final kind of atmosphere. The fans are going down to have a good time and we are all going to enjoy the day, no matter what the result is and how the team play. I have never been to an away European match before, but, I predict this is what it feels like: I have been hyper ever since the draw has come out!

With ParsTV and BBC Radio Scotland not covering the match live – and believe me, I have checked! – then the Live Updates may get a few more viewers than normal, which is great.

Thanks for that guys, definitely no pressure on me then!” giggles ‘Buffy’ as she is known to most DAFC fans. “Marv is a true Pars fan and would do this as a professional if she could! She is amazing and has gone above and beyond the call of duty: she has made ‘Pars Girls on Tour’ t-shirts and that just epitomises everything in my opinion. We have a great club here and I hope we can go down there and support the boys and AJ fully while having a great time in the best football family of them all!”