A thoroughly inept and spineless performance by the Pars at Clyde saw the home side win comfortably 2-1. This has to go down as one of the worst Pars displays this season and perhaps for several seasons. The lack of effort from players clearly past their SPL sell by date was appalling.

The Pars should have returned to Clyde in confident mood after the recent Challenge Cup win but once again the team was much changed from that previous encounter. Gallacher was in goals with Bamba and Labonte the centre backs with Darren Young filling in for the suspended Callum Woods and with Stephen Glass at left back. Stevie Crawford was in midfield alongside Simmons with wingers Ryan and Morrison either side. Burchill and Hamilton were paired in attack as McManus was presumably still not fit enough to start. 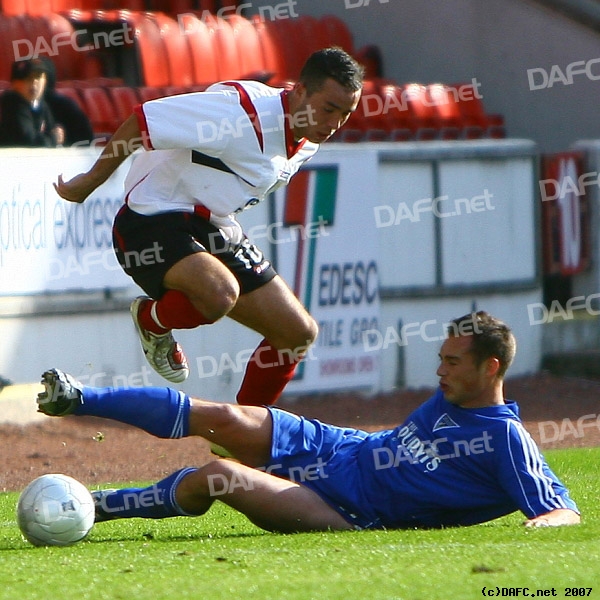 No idea what happened in the first couple of minutes after a dreadful 2 hour drive from Glenrothes, including 45 minutes to get through Kincardine, meant the game had started on our arrival. Bamba seemed to have a good header that was cleared in those opening minutes. Glass hit a thumping shot just over in 10 minutes. The quality of play from the Pars in this early stage was poor. Clyde were much quicker and hungrier looking and challenged for everything. It was no surprise when they scored in 19 minutes although there may have been a suspicion of offside as three Clyde players broke through the middle and Masterton clinically finished. 1-0.

Burchill made a good run into the box in 23 minutes but his cut back did not find anyone and the lack of support when players had the ball was evident with noone prepared to run into space. A minute later Glass made a good overlap and was fed by Morrison and his cross was again wasted by the forwards.

The linesman in front of the Pars support was chronic. He failed to spot or was very slow to react to offside decisions and then missed a ball going out for a throw in. Clyde had to make an early change with MacLennan being carried off on a stretcher after a clash with one of his own players. McGowan came on as the sub.

When play re-started Clyde won a free kick just outside the Pars area but the shot was saved by Gallacher.

The Pars were just lumping the ball through to Hamilton and Burchill and neither able to win the ball and hold it up. Morrison has had a couple of runs up the left but wastes the ball or gets no support when he is crowded out by defenders. Half time 1-0.

McManus replaces Morrison at half time and Young moves up to midfield with Simmons dropping back alongside Bamba and Labonte moves to right back.

Burchill was through on the keeper one on one in 48 minutes but he allowed the keeper to get the ball at his feet. Burchill should have scored. The Pars won a corner in 50 minutes perhaps signaling a better start from the Pars but Ryan`s corner does not beat the first defender. That sums up how the Pars were playing.

Ryan did hit a good shot from about 20 yards out in 55 minutes but Hutton easily saved.

The Pars have had a real injury hoodoo in the past year or so and it struck again as Gallacher was accidentally elbowed in the face as he jumped to catch a high ball. Murdoch came on to replace him and Gallagher had to receive stitches to the inside of his mouth. 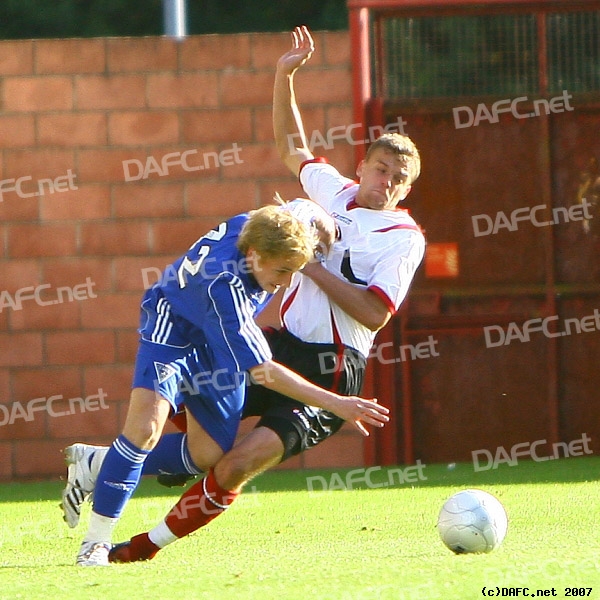 Murdoch looked a bit nervous and his poor clearances did not help. Indeed, it was only a matter of a few minutes before he was picking the ball out of the back of his net. Bamba failed to clear in 65 minutes and the ball broke to McGowan who slammed it across Murdoch into the net.