The Pars finally won their first home game of the season, a dull game being transformed when Cardle got the break of the ball to score just before the hour mark. Not having to chase the game for once, the Pars settled down and controlled the rest of the game, Kirk scoring a second, then a third after a woeful blunder by the Dons’ defence.


The Pars made three enforced changes to the team that had taken part in the 8 goal thriller in Paisley; Jordan McMillan had failed to recover from the injury sustained at St Mirren Park and he was joined on the absentee sheet by Buchanan and skipper McCann who had gone down with a virus. Thus Gary Mason led out the side prior to playing right back and Paddy Boyle made a rare appearance at left back. The central defensive partnership of Dowie and Keddie survived one more week and it was no surprise to see Smith in goals or Kerr and Hutton playing in midfield. Cardle and Graham both started, with Cardle wide on the left, the initial eleven was completed by Hardie in a more obvious forward role, and Kirk who was given responsibility of the right hand side. The bench had a marginally more balanced look about it – Barrowman and McDougall as forwards, Thomson and Burns as midfielders, Willis for width and Young for youth and Fernandez as goal-keeping cover.

As for Aberdeen – they had Magennis at right back and Considine, a name to make some older Pars fans splutter, at left-back. The recently returned Russell Anderson was back as captain in the heart of the defence, the young and old combination of Rae and Fyvie would look to dictate play and the forward line would be led by Scott Vernon. 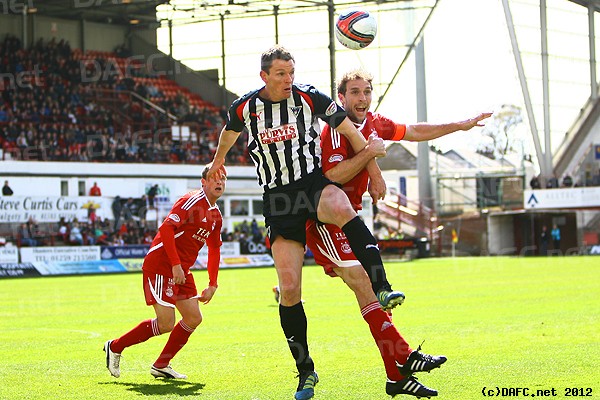 Back in black and white, the Pars kicked off attacking the Cowdenbeath end, but there was little for the home fans, complete with flags and a drum, to get animated about early doors. They were given a hand literally in the fourth minute when a tackle-cum-passback was picked up by Langfield under no pressure and referee Charleson awarded an indirect free kick about 12 yards from goal, but at about a 45 degree angle. For all the trouble that is caused, trying to position the wall complete with interlopers and make it stay still, such awards rarely lead to a goal and this case was no exception, Boyle eventually touching the ball to Hardie whose drilled shot whistled past the post with no-one getting a crucial touch. 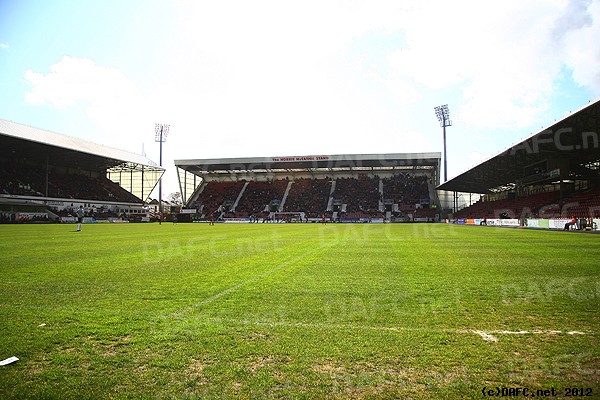 The Pars too survived the odd hiccup. Boyle’s attempt at a long throw achieved more height than distance, and then in 12 minutes Smith had to deal with one of those uncomfortable long balls that just won’t come quickly enough, arriving at the edge of the area at the same time as the forward. However, the keeper calmly controlled the ball with his foot and played a quick burst of keepie-uppie before playing the pass rather than the punt.

Aberdeen had a decent chance a couple of minutes later when Vernon appeared to give Dowie a shove but Fyvie dragged his shot past the far post. Smith wasn’t called upon to make a save until midway through the half, nearly being caught out by Fyvie’s long range free-kick, but the keeper took the safety first approach and tipped over. 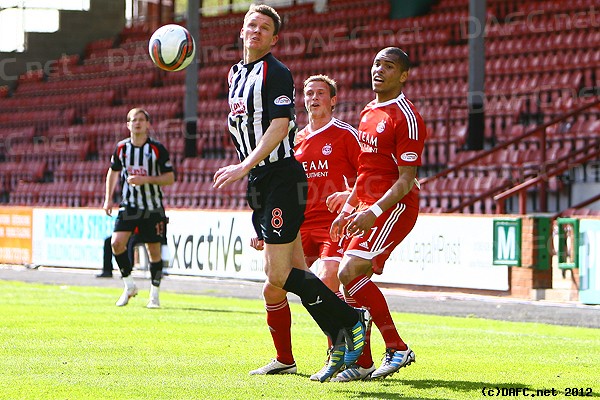 It was a scrappy affair – Cardle on the left seemed to be unable to keep his first touch under control, and Kirk was looking a little lost out on the right, although he was tracking back well and his defensive header back to Smith on the half-hour helped tidy up another Dons attack. Aberdeen had slowly got themselves on top, Magennis causing a fair degree of bother down the Don’s right, but they couldn’t capitalise on a series of corners, with Smith was being well protected by his defence. When Vernon did get a header on target Smith parried on the line and it was Kirk who dribbled the ball to safety. Having withstood the pressure the Pars had a couple of late opportunities to do damage, specifically with a Hardie free-kick, but again he couldn’t work the keeper.

Not a great first half then for the Pars, but on the positive side they weren’t trailing. 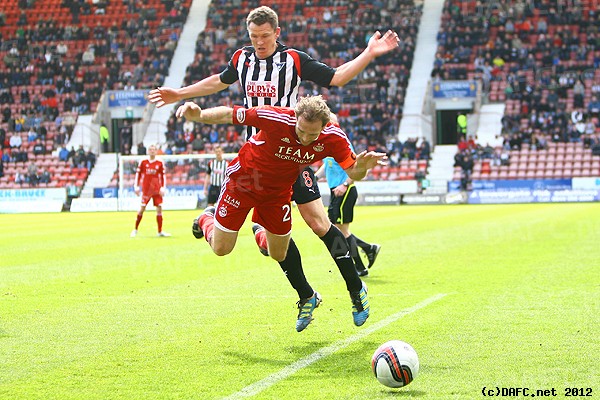 The second half wasn’t much better to begin with– Cardle’s attempted clearance from the left-back position going sideways towards the far corner flag, then Dowie tried to head clear succeeding only in diving on top of the ball, but somehow managed not to handle. Even as an attacking threat, things weren’t quite going the Pars’ way, as Graham’s trademark diagonal run was thwarted by Rae’s tackle.

Then Jefferies made a switch – Kerr and Hutton had been struggling in what at times was virtually a 4-2-4 with Graham going through the middle with Hardie, Cardle on the left, and Kirk coming in from the right. This clearly wasn’t working and the long awaited change was made, the Pars reverting to a more natural formation, Kirk through the middle, Graham on the right and Hardie dropping back to proper midfield. Almost immediately, if coincidentally, the Pars took the lead. Boyle hit a long ball forward and both Kirk and Cardle went for it; Magennis went to ground and Cardle stepped onto his right foot and his shot from 18 yards was only half-stopped by Langfield. It looked at first like the ball was going past the post but it sneaked inside - 1-0 Pars. 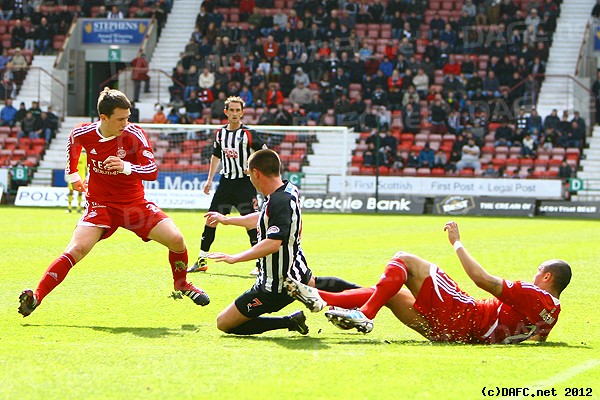 Mackie replaced Megginson as the visitors tried to hit back; Vernon got ahead of Dowie to meet a Considine cross but Smith held easily. However, it was the Pars who scored a second. Boyle came off marginally worse in a 50/50 challenge by the touchline and a free-kick was given. Cardle curled it in and this time Kirk got a full head on the ball to net in the middle of the goal. 2-0 Pars, and the Kirk was hugging the substitutes warming up.