Another home game, another three goals, and another three points. Arbroath came to defend in depth and hit on the break, and it took a fantastic volley from Stephen Husband to separate the sides at the interval. Forbes took advantage of slack defending to add a second on the hour mark, before Falkingham slid home a third at the back post with twenty minutes left as the Pars ultimately cruised to victory.


Given it was only 3 days since they had last played (and some of the squad had also played in the under 20’s Cup-tie at Ibrox) I anticipated a couple of changes to the team lines, but Jim Jefferies confounded my by going with the same eleven as had disposed of Ayr United, namely Scully in goals, Millen, Morris, Page and Grainger along the back, Husband, Geggan, Falkingham and Forbes in the middle, and Shankland and El Bakhtaoui up front. There were a couple of changes on the bench, with Ryan Thomson and Craig Dargo coming in for Wallace and Moore. However, Williamson, Martin, Byrne, Whittle and Goodellow retained their squad places. 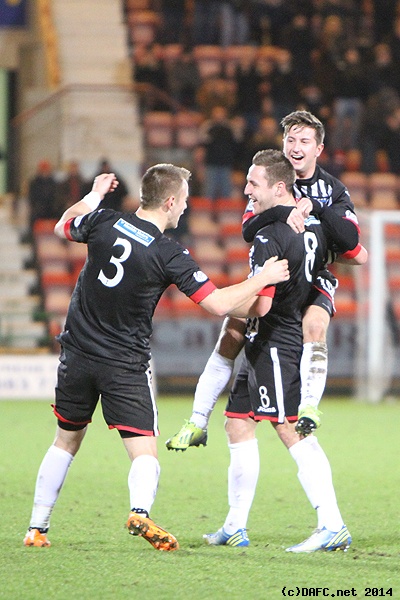 Alex Keddie would be the most familiar face in the Arbroath side, still plying his trade at the heart of the defence, but the good doctor, Kenny Deuchar, was mounting something of a come-back and would be on the bench along with his manager Paul Sheerin.

After a slight hiatus over the absence of the official photographer, the game got underway with the visitors, in their yellow and dark blue change kit, defending the Cowdenbeath end. Defending was the key word, as they got 10 men behind the ball, looking to hit on the break. The Pars tried to be patient, working the ball backwards and forwards but occasionally losing patience and trying to hit long balls into the space in the corners. 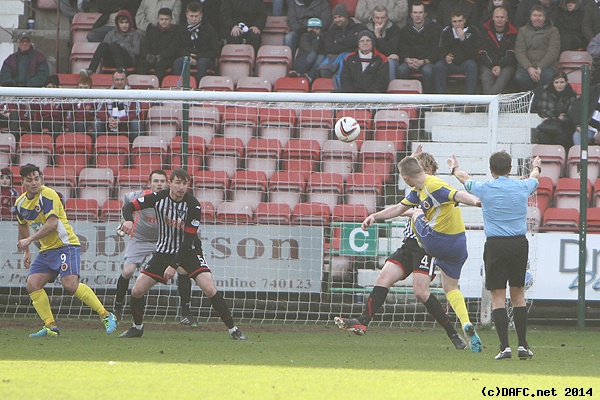 A couple of corners came and went without causing the visitors any concern; indeed from the second, it looked as if the Pars would suffer as Falkingham, one of the two men sitting deep, slipped leaving Arbroath to try and break. They should have had 3 v 1 but played the ball straight to Grainger and the danger was over.

Husband looked to have his shooting boots on - he had a couple of pops from distance that were well hit, but narrowly off-target. Meanwhile, Shankland had played in Falkingham but his shot was easily dealt with by Wood in the Arbroath goal.

However, the Pars took the lead in 27 minutes, and it was worth the wait. A long cross-field ball from Forbes found Falkingham on the right and he played the ball off Hamilton to win a corner. Forbes’ deep delivery was headed behind by Travers, to allow Millen to take a corner from the other wing. Wood punched this clear to the edge of the box where Husband absolutely melted the ball in the top left of the goal – yet another contender for goal of the season.

That meant Arbroath would have to come out and play a bit, but for now they were still content to stick with their game plan. Forbes disguised his intentions well in 36 minutes, hitting a shot that just failed to dip in time, before in contrast attempting a pass that was easily read by Hamilton, tempting Millen into an injudicious obstruction and yellow card.

Linn had been kept relatively quiet, but nearly wriggled through in 38 minutes, only for Morris to come across and clean up, before, with the game well into first half stoppage time, an error allowed Arbroath a good chance. Page tried to play out from the back but his pass to Geggan was too tight and McIntosh intercepted and burst through but Scully was out smartly to block the shot.

Parity would have been undeserved, but as it was, the score was: 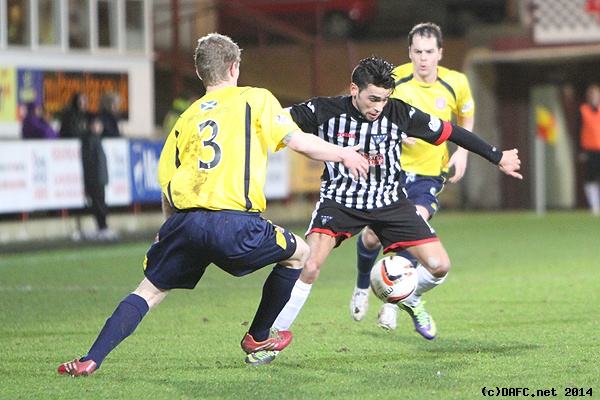 The second half was a little dull to start with before El Bakhtaoui livened things up running on to his own overhead flick, before appearing to trip over his own feet as the chance to go all the way through was about to appear.

Another Forbes free-kick caused Wood more problems than it deserved, before Millen not unexpectedly gave way to Williamson. We were looking forward to some of his trademark runs, but before he had a chance, we had a second goal. It did come from the right wing, but it was El Bakhtaoui’s ball into the middle that didn’t seem up to much, but Arbroath completely failed to deal with it and Forbes blasted the loose ball into the roof of the net from 10 yards.