We take our weekly look at the Statistics for the Pars following the game at Inverness which are a bit more pleasing to the eye this week.

Again if this article proves popular then we may make it more permament on the site.

Number of SPL games since last

A few firsts from this game for several reasons.


Unfortunately the cards are continuing to mount.
The dismissal of Tam McManus (right)brings the total of red cards aquired by the Pars this season to five with the other culprtis being Soulemayne Bamba, Stevie Crawford, Jim Hamilton and Andy Tod.

The yellows are reaching critical level also with 2 yellow cards added to the total that now reaches 81 from 31 games. 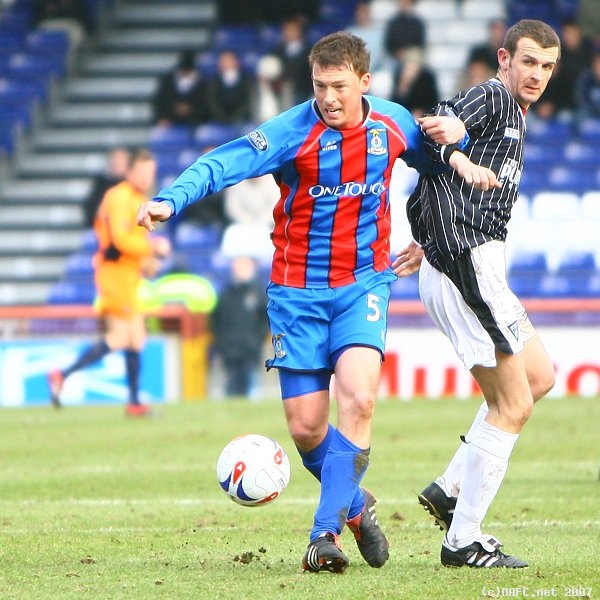 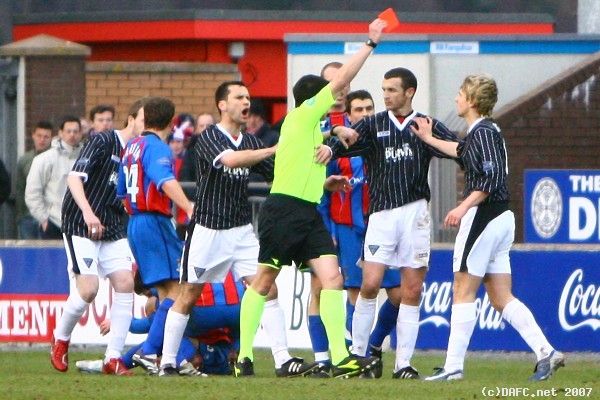