Dunfermline aim for another victory at Motherwell

After the break due to international fixtures, Dunfermline return to SPL action this weekend as they look to build on their first away win of the season, by winning once again at Motherwell…..

Having finally broken one of the main hoodoos that has blighted this season, Dunfermline’s first away win in all competitions (Ayr United after a nervy penalty shoot out was 0-0 after 90 minutes for the pedants!) has given them an apparent spring in their step as the gap has been closed to 6 points worse off than St. Mirren.

All players and management who have been interviewed in the media since the 3-1 win in Inverness have exuded a confidence that has been all too sadly lacking this season. Stephen Glass’ double either side of a Jim McIntyre goal (another first for the club) gave Dunfermline their first ever win over Inverness in the SPL, do you see a pattern developing here?

Now the club must build on this feel good factor and look for another win at Motherwell, who we’ve yet to beat this season….. The Boxing day 2-0 defeat to the Steelmen at East End Park was a particularly crushing blow at a time when Dunfermline were looking to the run of home games over the festive season to catch the chasing pack and get themselves to safety. It never happened and we’ve continued to play catch up ever since that poor spell over Christmas and New Year.

The Tam McManus and Jim McIntyre frontline proved to be an effective one against ICT, with McIntyre grabbing that all important goal to put the Pars ahead. However, the pairing will not be renewed on Saturday after the it was confirmed this week that McManus will serve a one game suspension for his sending off at the end of the Inverness match. 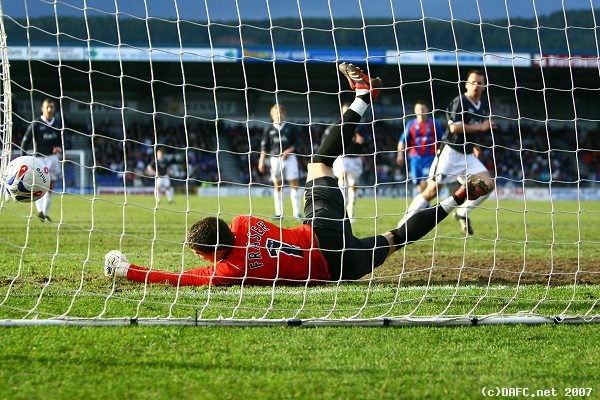 Glass scores his penalty at Inverness!

Likewise, Scott Wilson and Jim Hamilton will also serve one match suspensions after racking up their fifth bookings against St. Mirren recently. Hamilton has been putting off an operation for a number of months, and his suspension being coupled with the international break has proven to be the decider in him now going under the knife. Scott Wilson, however, would have been a definite starter in a season which has seen him and Phil McGuire forge an excellent partnership at the heart of a defence which has rarely been torn apart by any side, rather ironically given the club’s league position.

With new signing Jamie Harris originally lacking match fitness, and now joining the ranks of the injured which is rather unfortunately on the rise again, a couple of old faces may well be back in contention for selection this weekend.

Sol Bamba has not featured much under Stephen Kenny but returned to action and gave a reportedly good performance in the win over Falkirk reserves this week. Andy Tod, who has featured even less at either first team or reserve level, played and scored in the win. Tod has been left to kick his heels since turning down a move during the January transfer window, but could be the ideal quick fix in Wilson’s absence on Saturday. 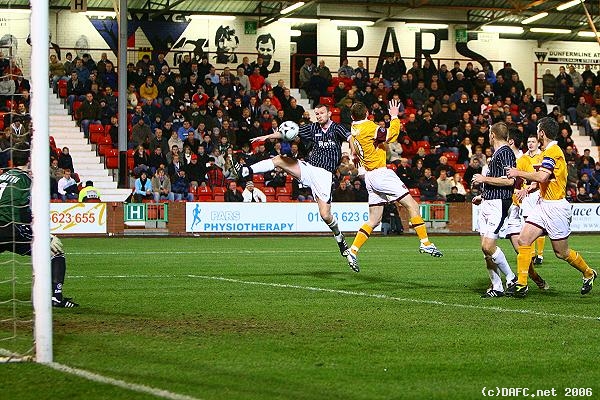 Scott Wilson misses out as well against Well

The reserve game was also significant as it finally saw the return from injury of club captain Scott Thomson who has suffered horrendous problems with his recurring ankle problems that has seen him experience more than one false dawn on the comeback trail.

With experience such as Tod’s and Thomson’s available to Kenny, the blow of Wilson’s absence should hopefully be softened somewhat. Stephen Simmons should also be available once again, though all eyes may well be on who Kenny selects up front after the fledgling McIntyre/McManus partnership is an enforced change after the one solo outing.

McIntyre himself has finally recovered from an awful bout of bad luck on the injury front, his neck injury that was suffered during the pre season has finally been cleared and the experienced front man now has the opportunity to make up for lost time. Having such players come into selection reckoning with just these 7 SPL games to go has to be a positive for the club, with the manager now able to call on such experience in this time of need.