Dunfermline host Dundee United on Saturday with a new face watching from the stand.....

Stephen Kenny will finally be introduced to the Pars supporter’s before kick off tomorrow afternoon, then he will step back and finally have the opportunity to see the size of the task given to him.

Dunfermline players will hopefully up their game from the recent poor performances in order to show the new team manager that all is not lost, and the potential is still there just waiting to finally be realised on the park…..

Craig Robertson will be the man in the dugout tomorrow though as Kenny watches with a keen eye over his new charges. Craig Levein will obviously be the man in the opposite end, looking almost like a long term employee going by the SPL’s recent managerial changes!

Levein has had the best possible start to his career at United, with back to back wins at home to both Rangers and Kilmarnock taking the Tannadice club off the bottom of the league. This will be Levein’s first test as United manager away from home however, and Dunfermline need to re-discover the home form that has deserted them in recent weeks. Successive, and very heavy, home defeats to both Hibernian and Falkirk have damaged what was a reasonably impressive home run of matches in the league.

As is now the norm come matchdays, Dunfermline don’t have their injury worries to seek. Stephen Kenny will only be able to run rule over part of his new squad due to the absence of: 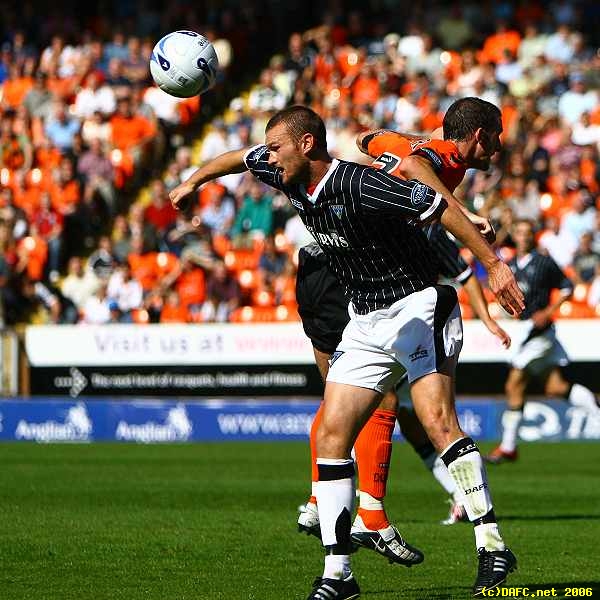 Scott Wilson hopes to be back for this game

Greg Shields also had to go off the park at Ibrox last week after all three subs had been used, but he will be hopeful of retaining his place and captaining the side through the pain barrier he has already played through this season.

Dorus De Vries will make a welcome return between the sticks in place of the injured McKenzie. Earlier in the week, Dunfermline faced a goalkeeping “crisis” with both keepers looking likely to miss the Dundee United game. “The Monk” has thankfully averted any temporary dips into the loan transfer market, whilst a move to recall on loan third choice keeper Sean Murdoch was never going to happen. 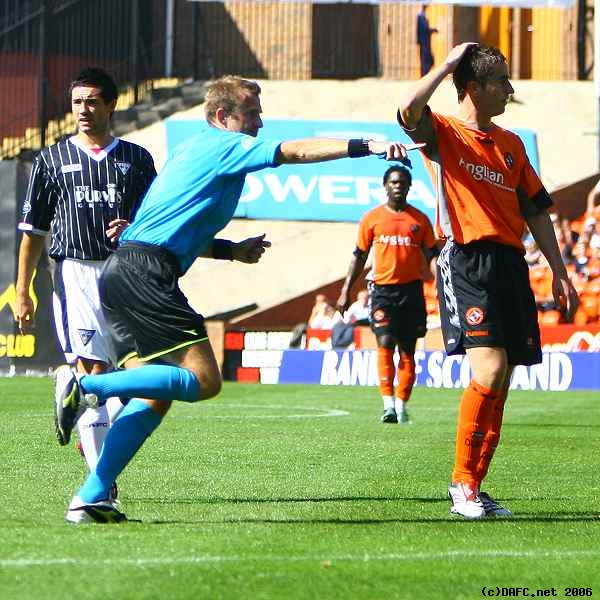 Burch missed a penalty in an otherwise dire game in August

With the poor football that has been on offer for the most part in recent times, punters have drifted away and empty banks of seats are becoming more noticeable in the home stands. Hopefully, the exciting dawn of the Stephen Kenny era will entice even some of these fans back to East End in the hope of seeing some better football from players who have simply not been good enough so far this season.

Bottom of the league after fourteen games, Dunfermline do only find themselves 10 points behind Hibs in fifth place. Results for clubs have been very hard to predict this season with the vast majority of clubs capable of beating anyone on their day. Whilst Dunfermline are bottom, they have drawn at home to Hearts and away to Rangers, whilst wins over Kilmarnock and St. Mirren came during both teams having a decent run of form.

A home game against (up until recently…) fellow strugglers Dundee United is the kind of game that Dunfermline must win if they are to have a serious attempt at getting well away from the relegation area. United have not won at East End Park since 1997, so taking that run up to a rounded off 10 years would be just the tonic to get the Kenny revolution off to the perfect start.

Welcome to Stephen Kenny, and here’s to a Pars win!