Whilst the joys of a Scottish Cup run to the semi finals (so far) has Pars fans looking forward to yet another Hampden day out, the dismal league form over the past 29 games can take a massive step in the right direction with victory over second bottom St. Mirren on Saturday afternoon.

With only nine games to go in the SPL, Dunfermline sit well and truly adrift of the Buddies by nine points. However, as Dunfermline have had the most miserable run of form in the league, St. Mirren have not been able to capitalise and pull themselves away from the one relegation spot. Up until Adam Hammill’s peach of a consolation goal against Celtic last week, Dunfermline had even failed to score a goal from open play since Stephen Simmons also grabbed a late consolation against the same opponents in December. During that bleak run though, St. Mirren could not stretch away as others have done in their quest for SPL safety. Motherwell, Dundee United and especially Inverness Caledonian Thistle have managed to put enough points on the board to long since stop fearing the dreaded drop into the backwater that is the Scottish Football League. Fans may have known it for years, but even the SFL’s own report into its viability came back with a rather damning verdict earlier this week…..

Adam Hammill’s goal gave the small band of Dunfermline fans something to cheer about last week, and hopes may well be pinned on him doing likewise to St. Mirren this weekend after his recent performances have seen skill, tricks and the tormenting of defenders sadly missed for far too long. His appearance later that night at the club’s third Hall of Fame event gave him a slight taste of the club’s history and especially the great escape that took place in season 1959/60 when Dunfermline had to (and did) win their last six league matches in order to stay up. The rest, as some people have been known to mutter, was history….. George Peebles, himself known to torment a full back or two in his day, compared the club’s current plight to that back in 59/60 when a young Jock Stein came in during the March of that season and suddenly proclaimed that the players should be pitting their wits against the giants of Europe, rather than the small teams in the Scottish Second division. Whilst it was seen as a joke by some, little did they know what success awaiting them just a year later.

Another goal
l from Hammill
would not go amiss

Hammill may only be here temporarily, along with Jim O’Brien who will most probably return to the side following his lay off against his full time employers, but the on loan youngsters have been a breath of fresh air in recent weeks. All that has been missing, rather unfortunately, are the results to match the improved wing play and number of chances finally being created by this team. Prone to creating frustration amongst their watching supporter’s, the side is finally showing that it is capable of delivering quality balls into the box. All we need to find now, and very very quickly, is a settled front pair who will stick said chances away. Jim Hamilton, Stevie Crawford, Jim McIntyre, Mark Burchill and Tam McManus are all now on the books and can boast an alarming amount of goals between them. However, if just one of them was to suddenly go on a goals burst between now and the last game of the season, they would suddenly be hailed a modern day Pars legend if their goals resulted in the great escape ending in Dunfermline’s top flight safety.

St. Mirren will go into the game knowing that a victory will all but secure them their SPL status next season, condemning Dunfermline to relegation for the first time since 1999. Likewise, Dunfermline know all too well that nothing other than a victory will give them the impetus to close the gap at the bottom and overtake the Saints. 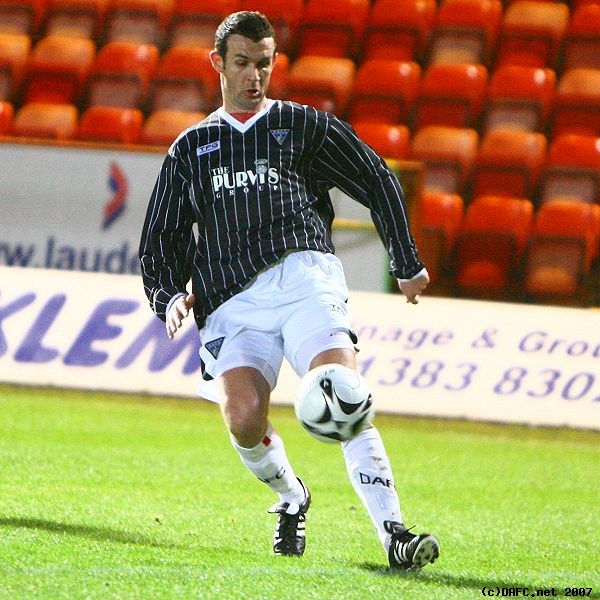 Stephen Kenny will undoubtedly have his troops fired up for this one, but so will Gus McPherson. Both managers now the importance of those three points come the full time whistle, and the much bigger picture will be a whole lot clearer once the winners are known…..