What a difference a day (or three) makes as a rejuvenated Pars side lose this CIS cup tie 4-1 to Hearts after extra time after some outstanding displays from the youngsters. The score-line does not tell the true story of this match and flattered the home side.

After a dreadful performance on Saturday at Clyde Stephen Kenny made a number of changes to the team. Gallacher continued in goals having recovered from injury with Darren Young at right back, Woods and Bamba in the middle and Glass at left back. Stevie Crawford led the side from the midfield with Nicky Phinn and Simmons alongside him and with debutant, Scott McBride on the left wing and Ian Williamson on the right. That left Tam McManus to plough a lone furrow up front. 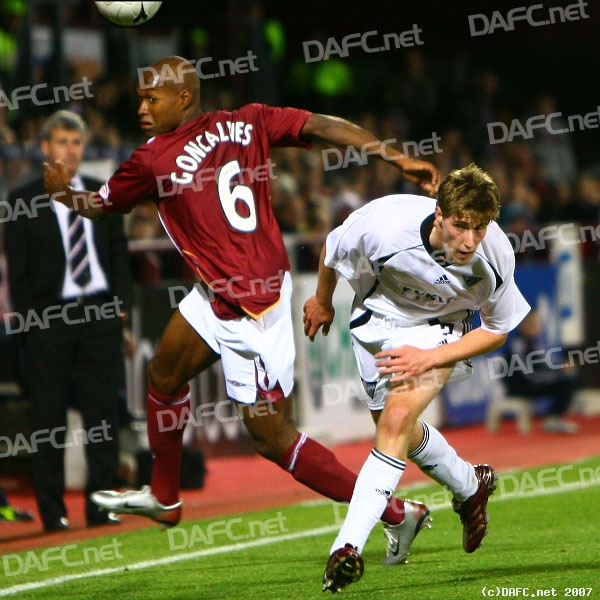 With a very healthy away support that was still coming into the stadium 15 minutes after the game started the Pars had to settle very quickly as Hearts came out looking for an early goal. In particular, Nade, who was very quick and had good control giving Woods and Bamba some early problems but they stood up to the task well.

The unknown Scott McBride drove a shot a bit tamely at Banks in the Hearts goal in 5 minutes but it was encouraging to see the Pars get in an early effort. A minute later Kingston had a shot across the face of the Pars goal. Bamba made a superb tackle on the edge of his own area dispossessing Nade with a good challenge.

Tam McManus was looking lively and he was fouled by Jonsson in 12 minutes who got a deserved yellow card. Kingston hit another shot wide as the Pars were generally holding their own and playing some good football taking the ball back to Hearts. 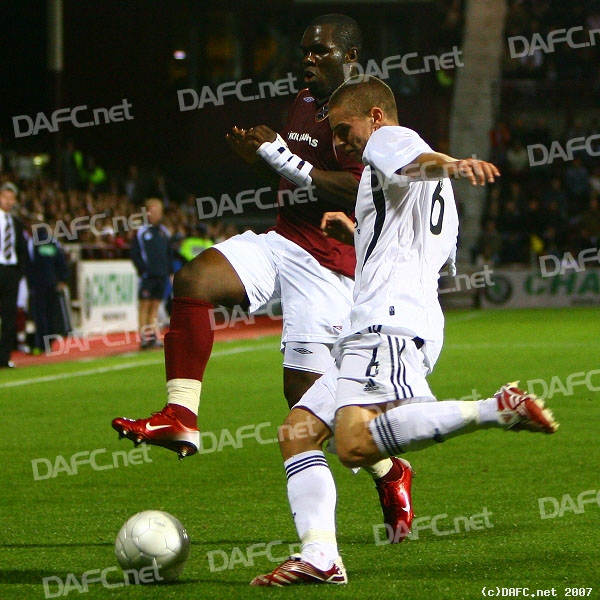 Simmons playing against this old club picked up a yellow for a foul which appeared from distance to be a good tackle.

The best chance of the half for the Pars fell to Phinn who hammered a shot that just dipped over or even skimming the bar from 20 yards out. Nade hit a shot over in 30 minutes from a free kick.

Then once again the Pars were on the end of yet another disgraceful refereeing decision when Winter was conned by a Hearts dive in 33 minutes and Nade stroked home the penalty. There is no doubt the referee responded to the reaction of the home fans. Half time 1-0. 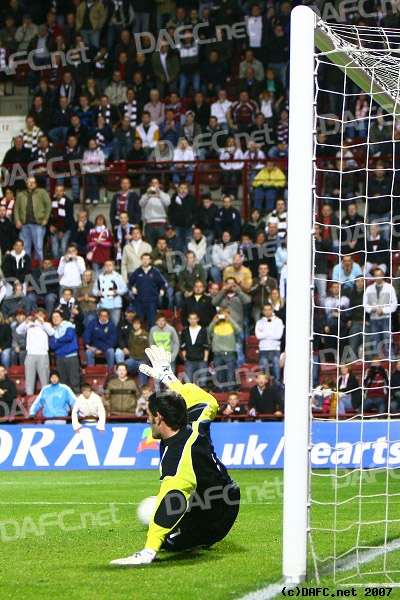 The Pars started the second half well and there was a real sense of frustration among the home support as their team was failing to kill off the Pars.McBride picked up a yellow card for virtually nothing in 61 minutes. Bamba was then at his cool best with a little lift over his head and a quick turn and he once again brought the ball away from a defensive position. Superb. 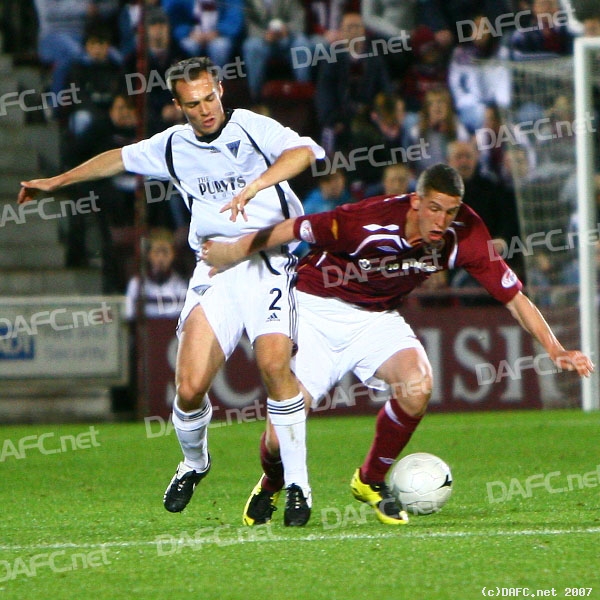 Williamson went off and Ryan came on in 63 minutes which was a little unfair on the young striker. Hearts were creating some chances but were being made to shoot from distance but when they were through Gallacher pulled of some good saves.

Hamilton and Owen Morrison replaced McBride and Phinn which was to prove a mistake as the Pars definitely lost something after these two left the field. That said a equaliser was fashioned from a corner with Simmons getting the final touch as the Pars fans went ballistic. Then the Pars were clearly denied victory in the final minutes of the game as Hamilton was clearly fouled in the area and it was clear Winter bottled the decision.Full time 1-1. 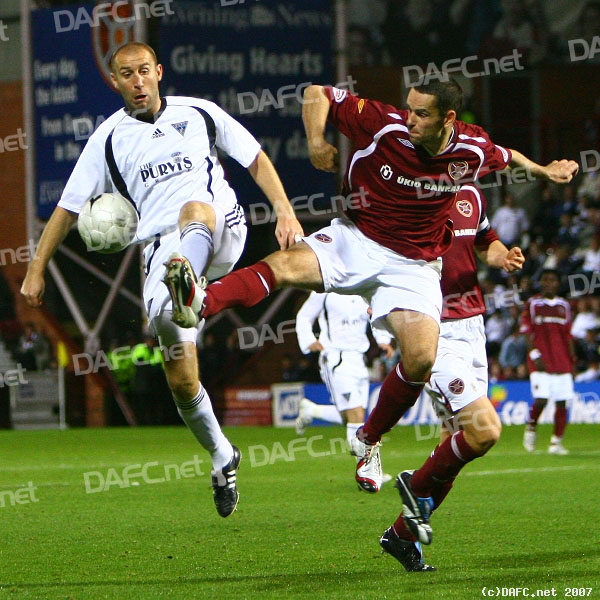 Suffice to say the Pars lost this match very quickly in the middle of the 1st period of extra time losing three goals. After that the game slowed down and although there were chances at either end it was the home side that finished the stronger as the Pars had to accept defeat. Full time 4-1.