Just when is seems they are down the Pars pop back up with a vital away win which should give everyone real hope of a survival comeback.

Every match for Dunfermline has to be treated like the most important game ever and going to Inverness where the Pars have a poor record was always going to be a tough challenge. Scoring goals has been the problem all season so Stephen Kenny made an important change giving Jim McIntyre and Tom McManus a start in attack with Hamilton and Crawford dropped to the bench. That proved to be a crucial change along with moving Stephen Glass into midfield.

The Pars had in goals, Dorus De Vries, with Ross,Wilson, McGuire and Scott Morrison as his back four. The midfield quartet had Mason and Glass in the middle with O`Brien on the right and Hammill on the left. McIntyre and McManus in attack. 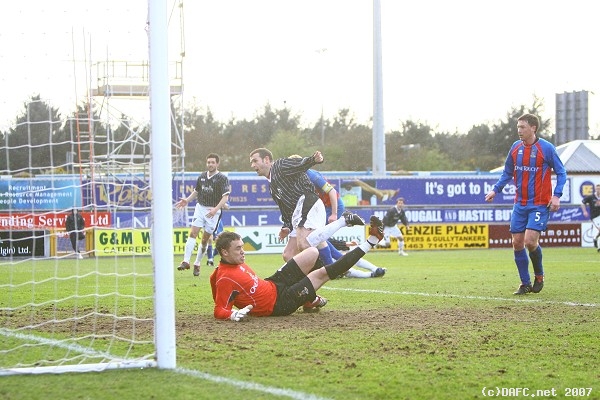 Jim McIntyre scores the second goal for the Pars. (1of2)

Playing towards the home fans and against the strong swirling wind the Pars started well with a very good passing move in 4 minutes which saw Hammill shoot but it was offside. Inverness were looking sharp going forward and caused the Pars defence problems in 6 minutes as a free kick proved difficult to clear.

Adam Hammill had started the game well on the left hand side and was again quickly closed down by two or sometimes three defenders and yet he still skipped away and got a shot in which Fraser saved in 10 minutes.

The Pars had two corners in quick succession which did not come to anything in 13 minutes. Phil McGuire got a yellow card as he stopped an Inverness move on the halfway line which he could have no complaints about. 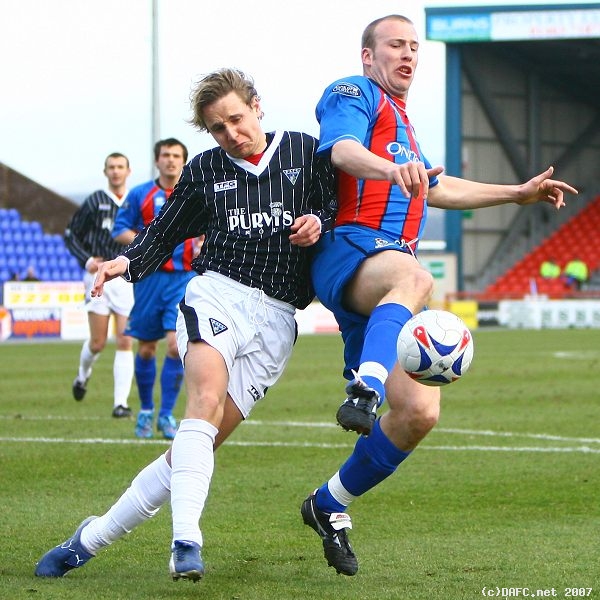 Caley won a free kick in 19 minutes which looked more like a foul for the Pars but again the Pars struggled to clear in face of the howling gale and the ball fell to Bayne only 2 yards out but he mishit the ball which was just as well as De Vries had gone down too early but managed to hold. 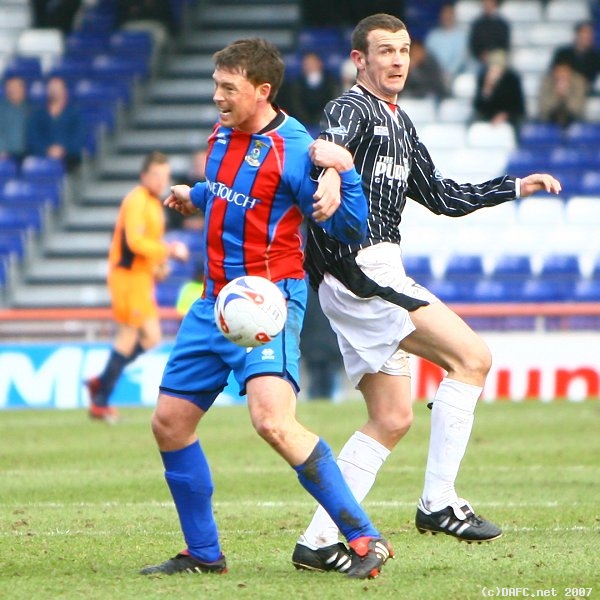 However, it was Caley that were looking more dangerous at this point when they did take the lead in 23 minutes. A poor goal to lose as a cross from the right was not cleared and there was a real stramash on the edge of the 6 yard box and Paatelainen poked the ball past De Vries.

That was a real set back after some good early play from the Pars and this seemed to knock them out of their stride. Adam Hammill took a free kick in 26 minutes but the keeper easily held.

Barry Wilson was as usual a problem and also showed his worst side dropping like a ton of bricks in 34 minutes under a challenge. McSwegan had a shot saved by De Vries in 34 minutes. Tokely followed this up with a lobbed shot in 38 minutes which just went over the bar as the Pars struggled to to get out of their half facing an onslaught from Inverness and the weather. Barry Wilson showed his other side with a cute lobbed effort come cross from the right that De Vries almost never saw as he turned round just in time to tip over. Half time 1-0. 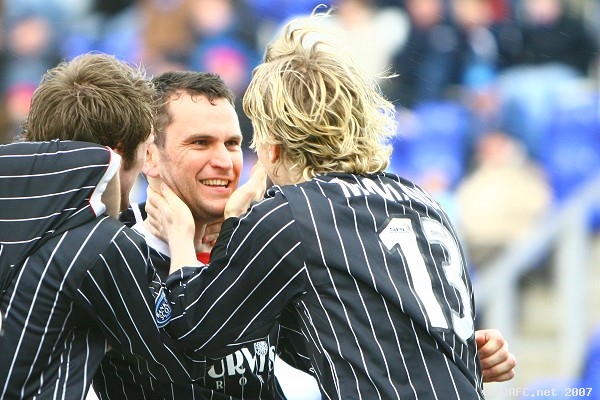 Stephen Glass celebrates the equaliser. (1of2)

Better things were expected for the second half and somewhat annoyingly referee Boyle blew for a foul as the Pars broke through the Caley defence and should have been given advantage. However, there was delight for the small band of Pars fans as Stephen Glass beautifully stroked the ball home from the edge of the area to equalise in 48 minutes which was exactly the start the Pars needed. 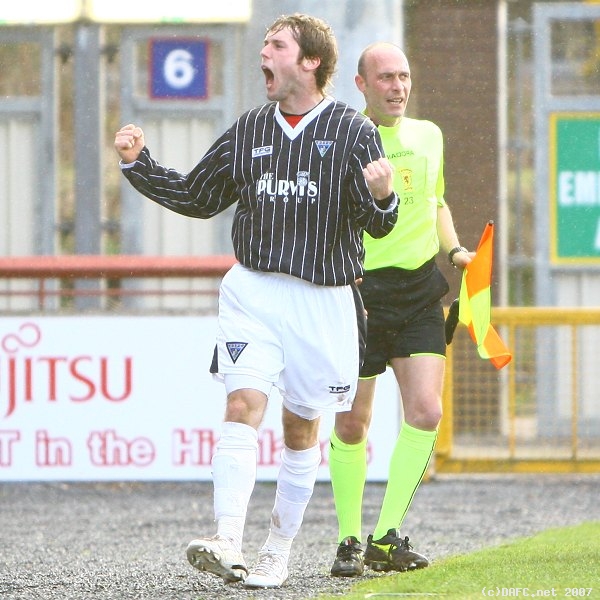 Some credit was due to the youngsters in the Pars support who sung throughout the game and showed what a sense of humour they had, as they taunted the home support with "You`re so s***e ,we f*****g scored!!!

That goal had a real galvinsing effect on the Pars team as O`Brien tormented the home side on the right wing and Hammill and McManus did likewise on the other side. In midfield Gary Mason was starting to dominate that area with some good hold up and link play. Hammill curled a good shot round the post in 52 minutes and then he made a good run into the box which the Caley defence just managed to stop.

The Pars then took the lead in 61 minutes with good move through the middle with the ball falling to Jim McIntyre who slotted home to the delight of the support and his team mates as they celebrated the goal.