Pars aim for back to back victories, as Aberdeen visit

Aberdeen, and their merry band of followers, head to East End Park on Saturday afternoon hopefully to face a far fitter Dunfermline side than the last time the sides met.

Back in August, an injury ravaged Pars side had to go with Andy Tod ploughing a lonely furrow up front as Dunfermline struggled on following the equally frustrating midweek cup tie at Ayr United.

Both sides were under scrutiny that afternoon, perhaps moreso Aberdeen after they were knocked out of the League Cup by amateur outfit Queen`s Park. Dunfermline`s penalty shoot out victory did little to paper over the cracks of a thoroughly dismal previous 120 minutes of football, though the team selection was once again forced due to the lengthy injury list.....

Aberdeen "rested" Stevie Crawford after the Queen`s Park defeat and a move to Dunfermline followed in the days after the SPL clash between the sides, along with that of frozen out Motherwell forward Jim Hamilton.

So it was left to Toddy up front on his own, and bar one clear cut chance, Dunfermline were always looking unlikely to break the deadlock. That task was left to Scott Severin after Iain Campbell was introduced as a substitute for the injured Scott Wilson. Campbell`s first, and unfortunate, involvement was to misjudge a Ricky Foster cross and Severin was left to head the ball past Dorus De Vries. 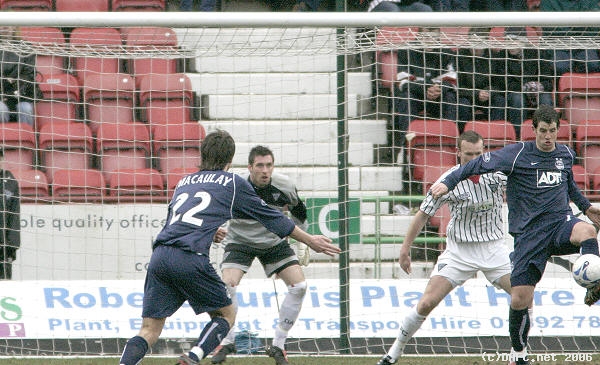 Wilson and Crawford will be team mates on Saturday

Moving on three months, and both teams have renewed reasons for optimism since that rather dismal first meeting.

Jimmy Calderwood has recently found a level of consistency previously missing from his players, with four wins and a draw from their last five SPL matches.

Darren Mackie was on target twice against St. Mirren last weekend, to take him ahead of Crawford as Aberdeen`s top scorer for the first time this season! 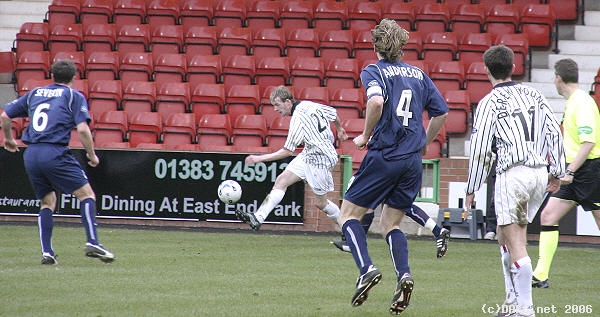 Others amongst the goals in recent times are former Pars midfielders Barry Nicholson and Gary Dempsey. Dempsey has finally established himself in the Aberdeen first team after a couple of years on the fringes, whilst former Pars reserve keeper, Jamie Langfield, is now the first choice ahead of Derek Souter. Souter has some rather harsh memories of East End Park and this is perhaps one game he is quite happy to stay on the bench for....... 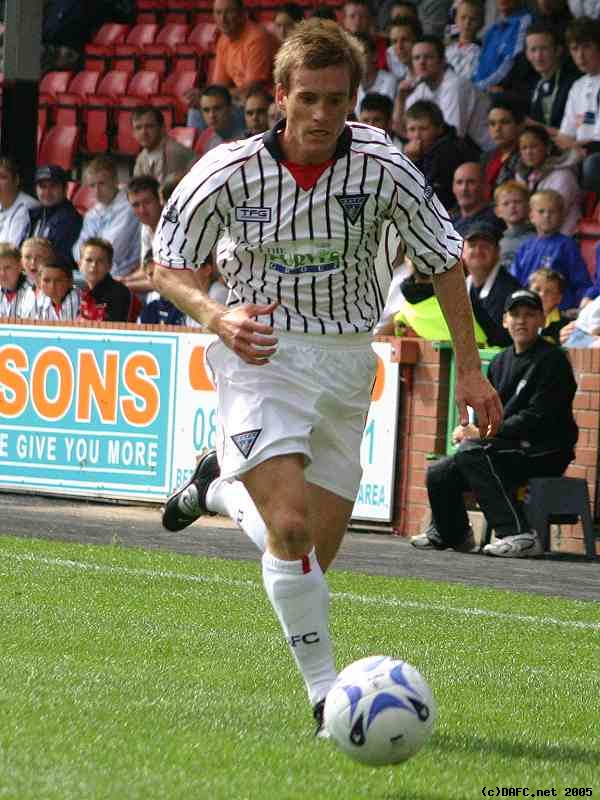 Another ex Don will face his old club for first time

Aberdeen now see themselves in third place, joint with Rangers on 25 points. There are only three points between Rangers in second and Kilmarnock in sixth place, showing just how quickly teams can rapidly rise up the SPL table and put themselves in with a shout of a UEFA cup spot come May 2007. That will no doubt be the main aim of Calderwood and his squad after missing out since he left Dunfermline in May 2004.

Stephen Kenny will be the new man in the dug out for Dunfermline this Saturday, and if all the media reports are to be believed, it will be a hard worked Dunfermline side that take to the field. Extra, and different types of, training sessions have been the order of the day and it is up to the players to respond in the kind of positive manner that will be demanded of them.

Whilst general fitness levels have been a concern for many this season, the lung busting runs made firstly by Stevie Crawford chasing a lost cause to the corner flag, then secondly by Gary Mason to tuck the ball away in the 89th minutes last week, do question just how "unfit" the players actually are. Perhaps it is simply down to mental attitude on the day?