With East End Park hopefully a happier place to be this past week, Dunfermline have to now go on and prove such performances can be delivered on a more regular basis, starting at Tannadice on Saturday.

Hopefully the training ground was also a happier place to be this week, with no further injuries to add to the already extensive list. Confirmation has been received that Greg Shields will now be out until October at least, which obviously hampers the defence. Other than that news, no further injuries have been reported this week which is a major positive in the current climate!

Phil McGuire was due to start in midfield last week, until Shields’ absence was confirmed, and the ex Aberdeen man slotted in superbly into the back three alongside the commanding Scott Wilson and Sol Bamba. McGuire ended up taking home the man of the match award for his efforts after an excellent afternoons work.

The back three will hopefully be allowed the opportunity to remain fit and stay in the same formation for Saturdays trip to United, who have picked up two points from their three games to date. None of their matches have gone by the “form book” to date, with a surprise opening day defeat at home to Falkirk resulting in Eddie Thompson grabbing all that weekends headlines. His rather public and staged berating of Craig Brewster and some of his players seems to have had the desired effect. Whilst reports were of doom and gloom along Tannadice way so early in the season, two tough away ties at Rangers and Kilmarnock have since resulted in excellent draws. The 2-2 draw at Ibrox saw ex Pars striker Noel Hunt grab his first goal for his new employers, hopefully that remains his sole strike for the time being….. 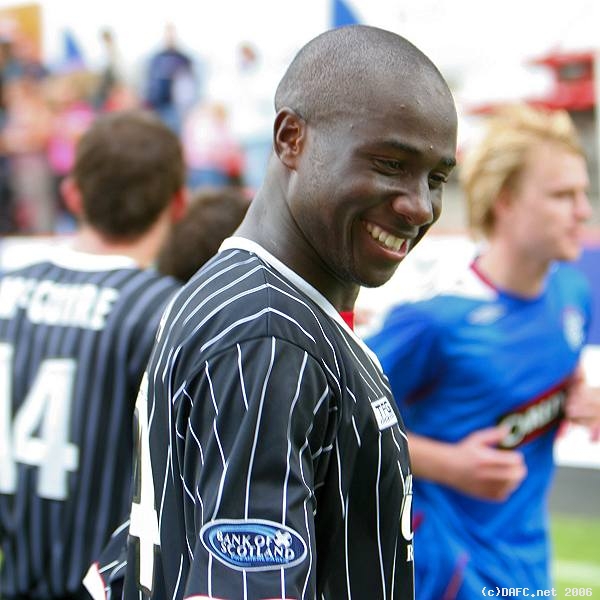 After having fellow striker Lee Miller sent off in the first half at Rugby Park last Saturday, United showed their defensive mettle by holding out for a 0-0 draw against the fancied Kilmarnock.

Miller now serves his one game suspension served against The Pars at the weekend, whilst player/manager/inspiration Craig Brewster is still rated a doubt after picking up a shoulder injury against Falkirk reserves. Brewster and Hunt playing up front would be an ironic partnership for United on Saturday should they both start, though Hunt had to settle for a place on the bench against Kilmarnock. 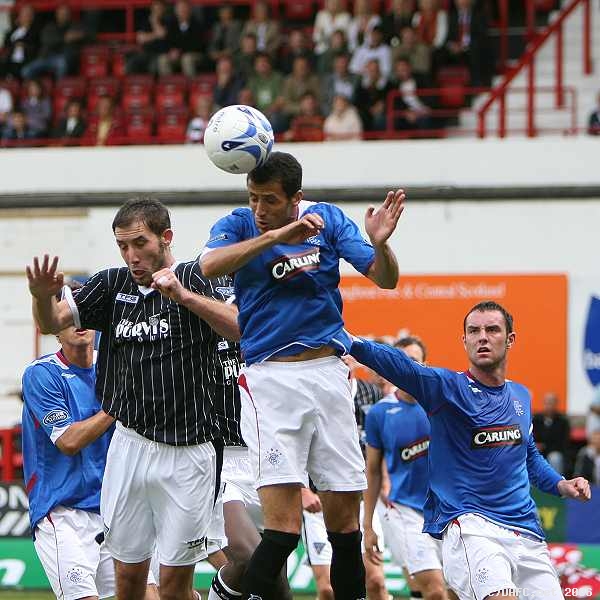 Phil McGuire was man of the match

Whilst the Irishman will no doubt be keen to prove a point against his former club, the likes of Scott Wilson should be more than aware of how to keep Hunt subdued having played and trained alongside him for the last three years.

In the midfield, Darren Young and Freddie Daquin are still missing through injury. However, the stopgap line up last Sunday coped admirably with Gary Mason and Jamie McCunnie lining up to do the “dirty” work in the middle of the park. Calum Woods again showed himself to be equally adept with either foot, as he rampaged up and down both wings for 90 minutes against Rangers, nearly topping off a great game with a last minute winner that just went wide of their right hand post. 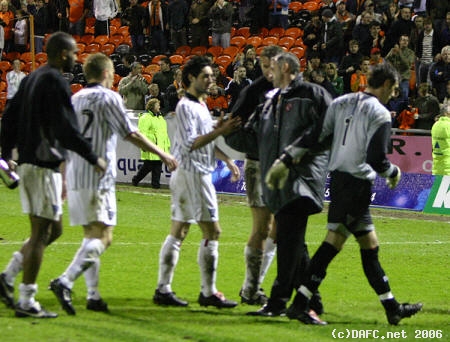 Pars beat Brewster`s United back in May

Problems do persist up front however, with Mark Burchill and Andy Tod both playing last week when they would not have been deemed anywhere near ready starting the match had other options been available. Burchill was clearly not quite firing on all cylinders, which is perfectly understandable given the stomach infection he had been suffering from all week. Not the bulkiest of players at the best of times, lack of fruit and fibre in the Burchill diet resulted in even less of him to run around that normal!

Toddy meanwhile rolled back the years and once again got the typically Toddy bandage around his napper for the entire second half. A nasty cut on the head saw him miss over 10 minutes of the first half whilst he received emergency stitches. Again, on any other given day, a substitute would have been introduced, but Toddy’s will and determination saw him return to grind out a great workmanlike performance in the second half.