Falkirk have been reaping media plaudits, and rightly so, for the style of play and more recently for their results as well as they sit safely in sixth place in the SPL table.

With bitter rivals Falkirk having won both the previous two SPL encounters between the sides so far this season, Stephen Kenny`s rejuvinated Pars side will be looking to well and truly smash that run as they aim for what would be Dunfermline`s first away win of the season!

Hopefully that dire statistic can finally be stopped, albeit as late as mid January and past the halfway point in the league season.

Dunfermline`s previous visit to Falkirk this season ended in a remarkably dull and pretty uneventful 1-0 loss back in August, in what was only the second match of the season.

A crowd of 5,542 saw Darren Barr score the only goal of the game after 10 minutes, shortly after captain Greg Sheilds had to leave the field injured. Other than a couple of half chances, the Falkirk goal was rarely threatened and the match ended up as a bit of a damp squib for those who travelled over the Kincardine Bridge. 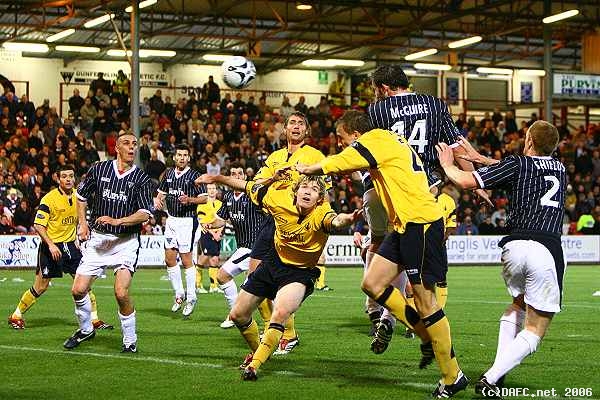 The return match in November saw a far more clinical, and unfortunately one sided, match. Anthony Stokes grabbed a deserved hat trick as Dunfermline quickly stopped any thoughts that progress was being made having secured an away point at Hearts the previous week. Craig Robertson was the caretaker managed for the match and quickly saw how football fortunes can change having been on a high after that draw at Tynecastle.

Falkirk, and of course Stokes, opened the scoring after just 36 seconds and many fans were still taking their seats for the match which was effectively a one man show. 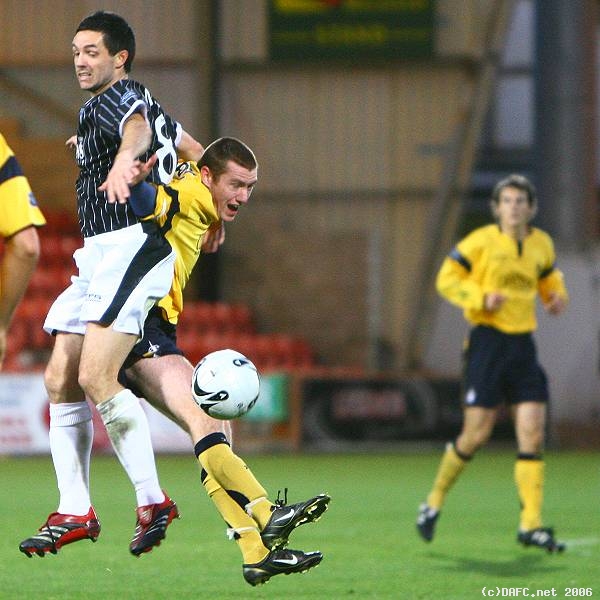 Gary Mason will be suspended this time around

So, match three between the sides sees them sitting poles apart in the SPL table. Dunfermline are of course still firmly rooted to the bottom, nine points adrift from 11th placed St. Mirren. Falkirk, on the other hand, sit in 6th place and on 30 points from their 23 games played to date. Whilst they are a huge 16 points ahead of Dunfermline, they are only nine points behind Rangers who sit in second place, showing just how they`ve progressed this season. 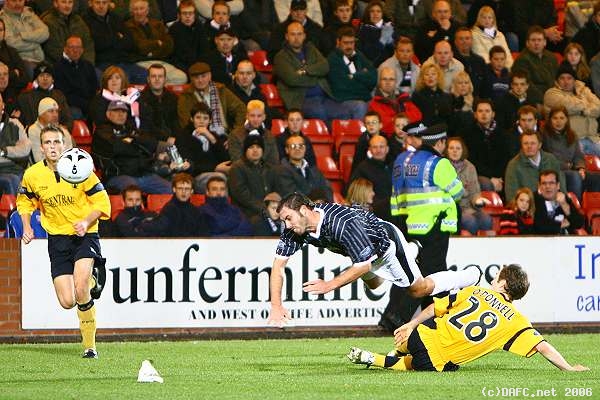 Much of the plaudits have gone to Falkirk this season for their attacking and attractive style of football. Having now lost top scorer Stokes at the end of the year (Arsenal have since sold him to Sunderland) the spotlight has fallen upon tricky winger Alan Gow. Signed from Airdrie, Gow has often caused Dunfermline problems in the past and has been subject of transfer bids from clubs including Rangers and Wolverhampton Wanderers in the last few days alone.

The failure of the latter`s bid to be accepted has coincidently caused Dunfermline to lose out on their main transfer target of this January window. Stephen Kenny was hoping to sign Stephen Ward from Bohemians. Having signed the player for the Irish club, Kenny was hoping to link up with the winger for a second time. Wolves now look to have secured Ward`s signature however, following on from their failure to land Gow!