Pars travel to Parkhead on Saturday

Dunfermline travel to face the SPL champions Celtic on Saturday, looking to spring a result akin to the 1-0 win from last season!

Greg Ross won himself a few friends last season when his was the only goal of a famous, and reasonably rare, win at Parkhead. Considering the gulf between the then top and bottom sides, it was a remarkable result that burst coupons all over the country. The odds are similar on a repeat away win this weekend…..

With the injury list at long last starting to reduce in number, Jim Leishman will have the luxury of being able to choose a team with various options available to him, rather than being forced into picking the eleven fittest players at the club as has been the case in recent times.

Dunfermline had to wait until November last season to chalk up their first away win, and as September reaches its mid point, The Pars are still without a win on their travels. Whilst it would be comparable to lightning striking the same place twice, stranger things have happened than a Pars victory on Saturday.

After their European exploits in midweek resulted in a “brave” defeat, though a defeat all the same, Celtic may feel as if a home tie against Dunfermline is a rather sobering experience after their media love in during the week. 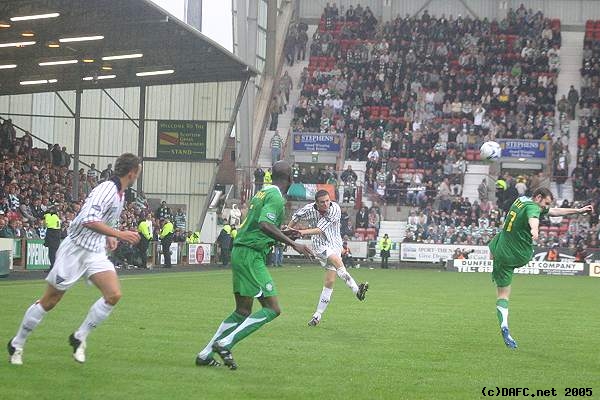 Ross had better luck at Parkhead

Jan Vennegoor of Hesselink and Thomas Graveson are the two big name (in one case quite literally) signings that Gordon Strachan made as the transfer window closed for another few months. They have had differing starts to their lucrative spells in Scotland, with Vennegoor of Hesselink (VOH) scoring in both the SPL and Champion’s League, whilst Graveson struggled against Manchester United in midweek. A similar aversion to keeping the ball amongst his team mates would be pleasant on Saturday afternoon. 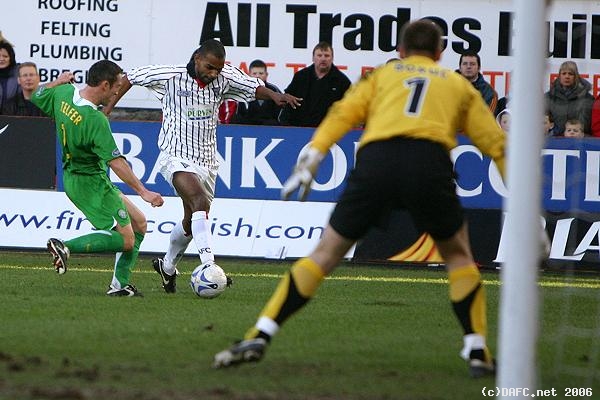 Daquin would fancy his chances up against Telfor

VOH will be a handful for whoever is given the task of marking him on Saturday. Dunfermline reverted to a flat back four against Kilmarnock last week, whereas a back 3/5 set up has been employed since the start of the season on all other occasions. Sol Bamba was sacrificed last weekend as Phil McGuire and Scott Wilson formed the bedrock of a new look defence. Bamba’s rather unique, and at times erratic, style may once again force him to settle for a place on the bench. The two wide full backs struggled at times last weekend though, and there is certainly room for improvement based on the 90 minutes played against Killie. 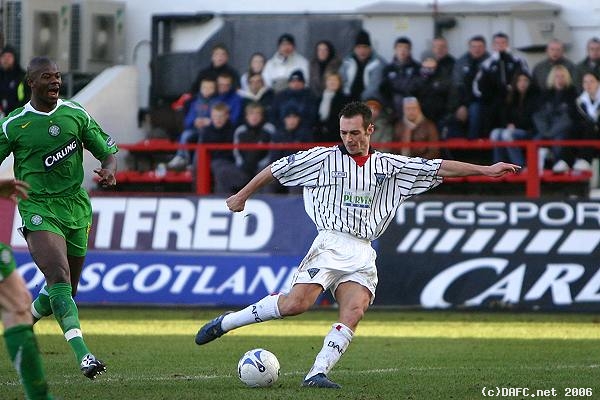 Darren Young is back fighting fit after a long lay off

The often quoted injury list was reduced even further this week, with Greg Shields and Scott Muirhead making their comebacks from injury against Aberdeen reserves midweek. Scott Morrison also got another 90 minutes under his belt and will hopefully be seen near the first team very shortly.

Freddie Daquin, phantom of the opera mask and all, made a return to first team action last weekend and helped swing the game in Dunfermline’s favour with his rampaging runs up the right wing. Whilst it may not be ideal for the player, Daquin has proven to be a far more useful weapon coming off the bench than starting games on numerous occasions in the past. The Frenchman also played for 75 minutes in a strong reserve line up, which can only help his cause for making a return to more permanent first team action.

Without wanting to tempt fate, Dunfermline’s squad is now beginning to take shape very nicely indeed. Captain Scott Thomson is back in training after his long term ankle injury, and a fully fit Nipper would also benefit, and help provide a settling influence, on a much chopped and changed team in recent week.