After a run of six defeats in the last seven matches, Dunfermline need to start winning points and quickly.......

That poor run of results has seen Dunfermline become rooted to the bottom of the league, as teams such as Motherwell and Dundee United have pulled themselves away from that very position with vital wins in recent weeks.

However, whilst Dunfermline may be at the end (hopefully!) of a poor run, their hosts on Saturday have not won a match in their last ten SPL outings.

St. Mirren welcome Dunfermline on Saturday afternoon for the first league meetings of the sides in Paisley since March 2001. Tom Hendrie was manager of St. Mirren at the time, and Jimmy Calderwood managed the Pars as both sides aimed to retain their SPL status having been promoted in 1999/2000 season.

That first season back in the top flight saw St. Mirren win two of the four meetings, Pars win once at home and the other East End match end in a draw. 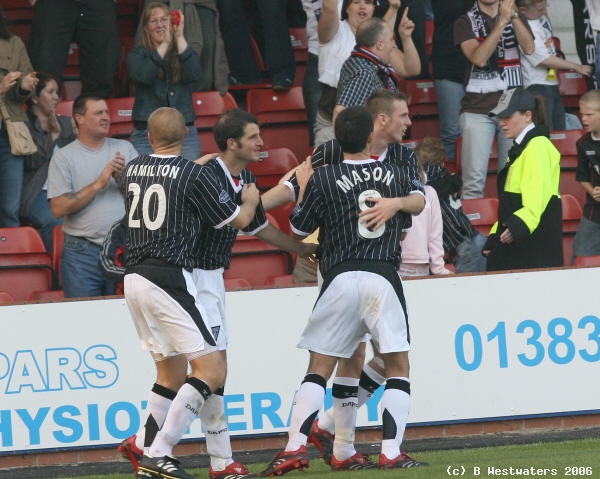 Dunfermline`s last win at St. Mirren park actually came in that promotion season of 99/00, when a large Pars support travelled through to Paisley on the 4th March 2000 and saw Stevie Crawford run the show.

Crawford scored twice in the first half past a helpless Ludovic Roy as Dunfermline threatened to run the league leaders rampant. As a blast from the past, the Pars team that last won in Paisley was: 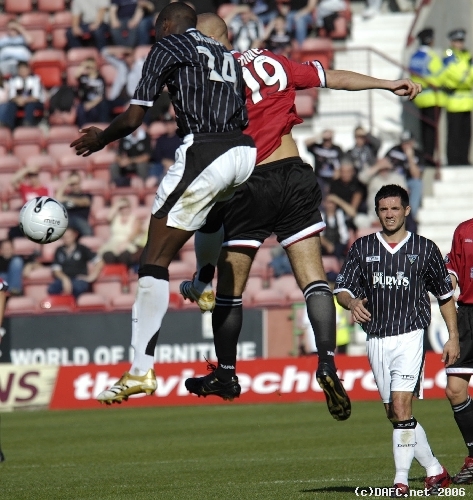 Bamba will miss out due to suspension

Plenty of well known names in that Pars line up, and Stevie Crawford will yet again be a key player six years after his match winning performance of old.

Along with Mark Burchill, who has hopefully now made a full and successful return from his injury woes, Crawford will be expected to now continue and even improve on his scoring form alongside a fellow Scotland internationalist. The two have only briefly played alongside each other, but will hopefully prove more to be the ammunition required to start scoring goals in a Dunfermline side that has struggled all season to do just that, especially on the road. 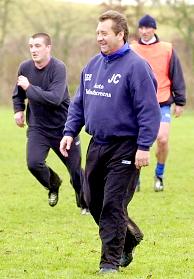 Dunfermline`s poor record away from home has to be addressed if the gap is to closed, and eventually overtaken.

Press coverage this week has highlighted the fact that Dunfermline have yet to score the first goal in ANY match this season, which is a remarkable record even for a side struggling at the bottom of the table.

To put the size of task Dunfermline face into perspective, the away record consists of nine matches played (against everyone apart from St. Mirren and Hibernian to date) and two draws have been achieved in those nine matches. Three lonely goals have also been scored "on the road" to date, a Jim Hamilton equiliser at Tynecastle, and two consolations scored in defeats at Motherwell and Kilmarnock (both by Stevie Crawford)