The press may be having a field day trying (and failing) to second guess Dunfermline`s choice of new team manager, a crucial SPL game against Falkirk takes place on Saturday afternoon.

The gathered media have so far managed to "appoint" everyone from Craig Levein to David Robertson in the past few days into the Pars hotseat. Whilst there have been more incorrect guesses that a bad episode of The Weakest Link, Dunfermline have been going about their business in preparation of the Falkirk game this Saturday. With a battling performance finally being uncovered against Hearts last week, Dunfermline`s players will need to keep up their rediscovered efforts against a team high on confidence.

Craig Brewster saw his brief, though not by Tannadice standards, term in charge of Dundee United brought to an end after a 5-1 drubbing at Falkirk last week. The Bairns were rampant due to the on form Anthony Stokes, on loan from Arsenal. His hat trick took him to the top of the SPL scoring charts with seven goals now scored so far this season.

The young player of the month will clearly be the danger man Dunfermline have to deal with on Saturday, though Russell Latapy continues to pull the strings from within the centre circle that he rarely departs from. His passing ability picks off the younger legs of players such as Stokes, as was demonstrated during the 1-0 win over The Pars back in August on matchday two of the season. 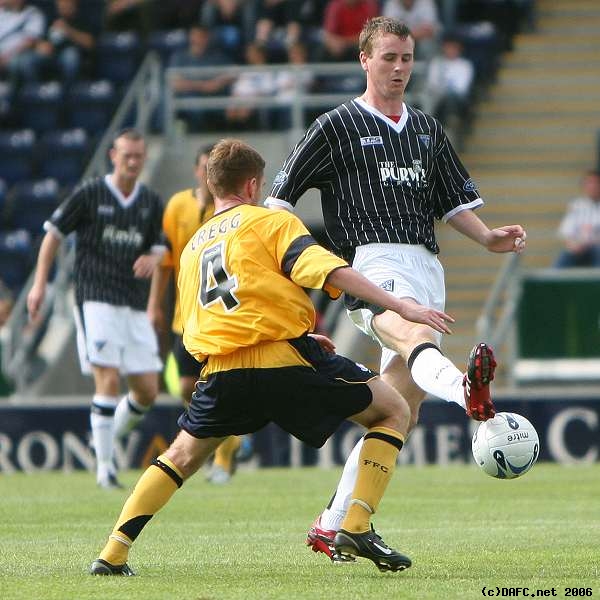 Whilst Dunfermline did get "stuck in" against Hearts last week, the injury list continues to irritate and affect Craig Robertson`s team selection. With Stevie Crawford and Dorus De Vries being two in form casualties of the injury plague last week, Scott Wilson and Phil McGuire again missed out as well. Another week has now passed and hopefully McGuire and Crawford will at least be able to make the bench on Saturday. 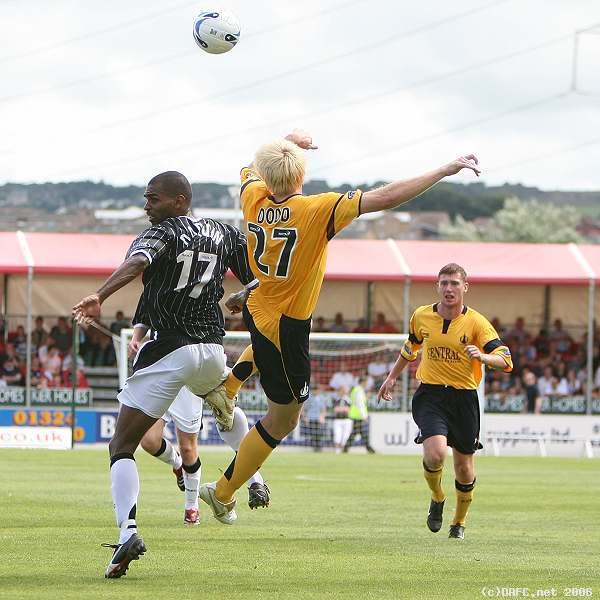 Roddy McKenzie will continue in goals ahead of the injured De Vries and it is an opportunity for him to try and impress ahead of the Dutchman who has made himself first choice after both keepers have had runs in the team this season. The error which lead to Hearts` goal last week was hopefully a one off and McKenzie will no doubt be out to make amends against Falkirk. 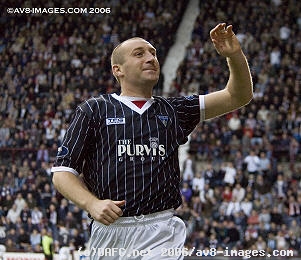 Hopefully the first of many for Hamilton

One return from injury last week was Stephen Simmons who slotted back into a more attacking midfield role, which has been sorely missed on so many occasions this season. Simmons adds something to a midfield that has been far too static for far too long. With Latapy looking to dominate proceedings in that area of the park, the midfield will have to raise their game.......

Up front, Crawford is still a doubt so the return of Mark Burchill along with Jim Hamilton (who finally opened his scoring account last week) will be the most obvious pairing. Hamilton may have scored with a "contentious" effort at Tynecastle, but who cares? They all count and Dunfermline were long overdue a slice of good fortune considering some of the decisions that have gone against us in that particular fixture.

Frank Coulston is the referee this week in what is always a highly charged fixture for fans of both sides. With Falkirk having the bragging rights so far this season, it is time Dunfermline evened the score up. A win on Saturday would place Dunfermline right back into the mix in terms of points won. The added bonus that it would come from having beaten Falkirk would be all the sweeter....