As we approach the second full week of January, the Transfer Window is now well underway. What can we expect from the Pars in the winter window of 2019? Will Stevie Crawford be looking to bring anyone in and can we expect any players to depart? Here are our thoughts...

It was a frustrating opening spell to the SPFL Ladbrokes Championship campaign for Allan Johnston; now, with new coaching staff in place, what can we expect from Stevie Crawford and Greg Shields?

There was a large influx of players in the summer – probably larger than Johnston would have envisaged. With key players such as Nicky Clark, Declan McManus; Fraser Aird and Callum Morris all moving on, a re-build was on the cards for the former Kilmarnock manager, who would need to recruit swiftly if he was to replace those who departed East End Park in the summer.

New deals for Lee Robinson, James Craigen and Kallum Higginbotham, alongside the permanent capture of Sunderland Under-23 midfielder Tom Beadling set the Fifers up well early on. Championship experience was brought in through Mark Durnan, Louis Longridge, Myles Hippolyte and Joe Thomson with a host of other players as the Pars made 11 new signings in the summer to completely overhaul a squad which had finished 4th and lost out narrowly to Dundee United in the quarter-finals of the Premiership play-off just weeks prior.

The absence of Sean Murdoch through injury has saw Lee Robinson remain the consistent number one since his arrival in January 2018 and while he has been ably backed up by youngster Cammy Gill, the Scotland Under-20 international has been unable to displace the English goalkeeper and has rarely saw any action to speak of. A loan deal is something the player may wish to seek with just 6 months left of his current contract; the management staff may wish to bring in a more experienced replacement to push Robinson all the way, especially with Murdoch continuing his rehab following a lengthy injury lay-off.

Ryan Williamson and Jackson Longridge – the two ‘natural’ full-back’s for Dunfermline have both been linked with moves away this month. Rumours have continually been printed in the media regarding interest in Scotland Under-21 international Williamson, who has come through the ranks in West Fife. Hibernian have been the side linked with the right-back the most and with 22-year-old out of contract at the end of the season, Ross McArthur and the Athletic Board may choose to cash-in on the marauding Scotsman if a bid comes in this month.

Whereas, with Longridge, he only signed for the club in the summer and has 18-months remaining on his deal; a fan favourite, the Dunfermline supporters would be sad to see their left-back leave prematurely but, once again, if an offer is received, it will need to be considered by the club currently sitting 7th in the second-tier. Reports suggest at least one club in England is tracking the former Livingston man, with Bradford City a likely destination where his former Lions boss David Hopkin now manages. Openly admitting how much of an impact Hopkin leaving The Tony Macaroni Arena in the summer of 2018 swayed him to remain in the Championship and leave the West Lothian club, it is conceivable that Longridge may be tempted by any possible switch to the English Football League this month. 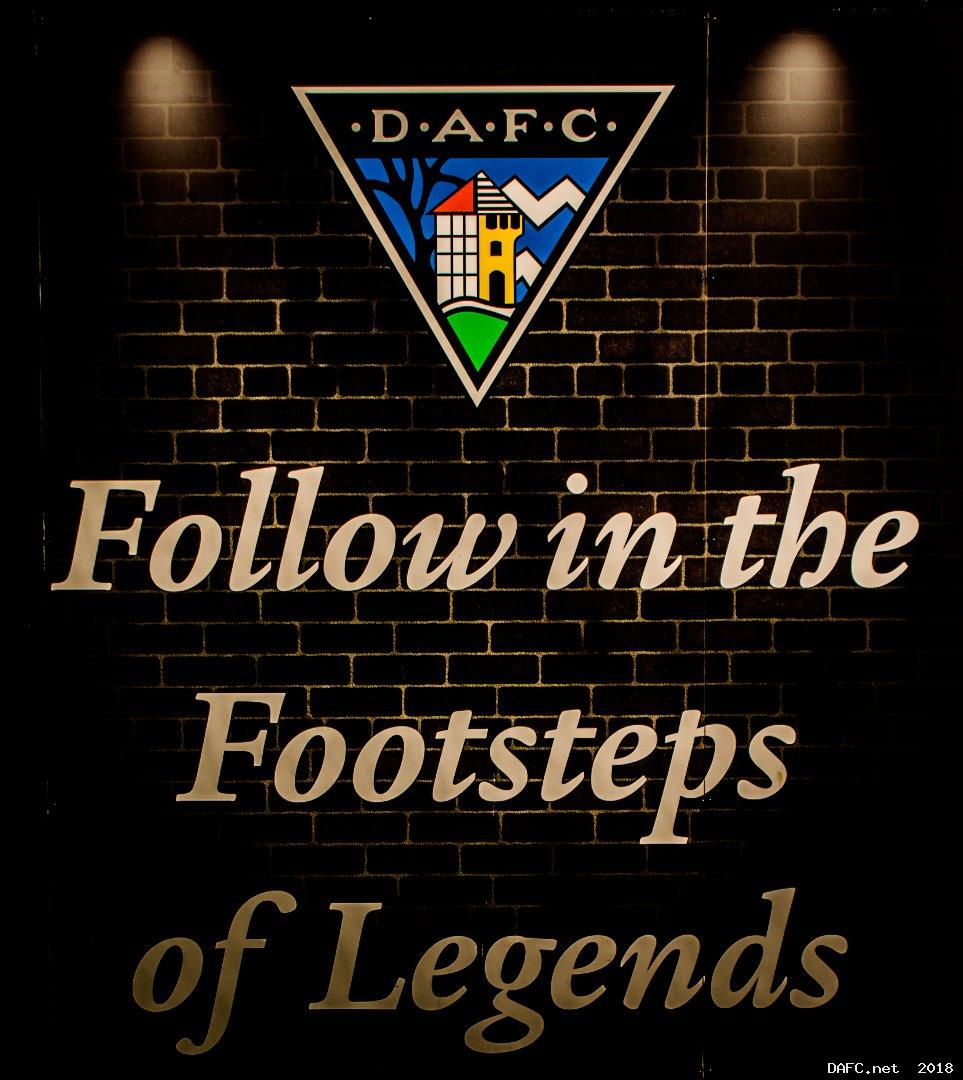 Who do you think will "follow in the footsteps" this January?

With Lee Ashcroft, Danny Devine, Mark Durnan and Lewis Martin all available in the centre, with Martin able to cover either full-back position also, then it looks like Dunfermline are pretty comfortable with their defence. James Craigen has been moved out of position to cover either flank when Johnston has played a back four this term and this may indicate Martin is no longer in the plans or, at a minimum, high up the list of replacements should anything happen to Williamson or Longridge. The defender has been curtailed by illness and injury over previous seasons and may look to move on to try and reignite his career, which has saw the former Rangers youth struggle to regain his place within the starting eleven on a consistent basis, since falling out of favour in recent months. Now there is a new structure in place, Martin may be willing to give Dunfermline another chance.

The centre of the park seems the most logical position for Crawford to strengthen this month if he is to bring anyone in. January is notoriously difficult to find players of sufficient quality at a reasonable price and this is no different in the Championship with numerous sides battling it out for the same signatures. Malaury Martin has struggled to make an impact of any note since his summer loan from Hearts and with a recall option for this Transfer Window, all parties may agree that the move seems to have fizzled out and it is best if a parting of ways arises. This would free up a wage for the Pars to try and find the dynamic, incisive, creative midfielder they have been crying out for all campaign. With James Vincent, Tom Beadling and James Craigen, you have got guile, strength and a barrier to a defence which has been less exposed in recent times. Joe Thomson provides an energy that allows him to get up and down the park and put in an almighty shift for the side every Saturday.

However, this area is where Dunfermline are let down: with no natural ball-playing attacker to slice open a defence, if the wingers are unable to find a way through, then the Fifers look lost. Someone such as Stefan Scougall, who seems out of favour at St Johnstone, would be a good fit in this side and the former Dunfermline youngster may be willing to try his luck for a second time at East End Park. Chris Erskine is another name which has been branded about in recent days that has apparently been told he can leave his current club. The Partick playmaker is rumoured to be joining Ayr United, however, with the attributes the experienced campaigner holds, he would be an ideal replacement if Martin was to head back Gorgie way.

On the flanks, Kallum Higginbotham is the key man which the Pars firmly rely on to give them a bit of magic. The Englishman always looks for the ball and tries to make things happen, and while it doesn’t always come off, it is imperative that Dunfermline hold on to their number 7. Aidan Connolly, Louis Longridge, Myles Hippolyte and Robbie Muirhead have all struggled to make a major impact and this is another area which fans of Athletic may wish to be freshened up. Longridge has been out with an injury and isn’t expected back until at least the end of January, while Connolly is also looking to regain fitness. The form of the ex-York winger in particular has been inconsistent and has seen his appearances limited. This can also be said of Muirhead who signed in the summer from MK Dons; neither player will be happy with the match-minutes ratio this season and may seek pastures new in the early part of 2019.

Hippolyte has been played out of position, compared to where Scottish footballer supporters associate him with playing, at least. The former Falkirk wide-man has predominately played up top or wide right of a three in recent matches and despite having netted 6 times in 27 appearances for the Championship club this season, fans of Dunfermline haven’t been overly impressed by the summer signing who has 18-months remaining on his current contract.

Up front, Aidan Keena – on loan from Hearts – has revolutionised the attack in to the Pars’ favour, causing opposition defences headaches: his spectacular goals and style of play has lit up a very lightweight and shot-shy Dunfermline who have struggled to find the back of the net on a regular basis this term. Andy Ryan will be out over the coming months due to a hip injury which depletes options further while Muirhead, Hippolyte, Longridge and Dundee loanee Faissal El Bakhtaoui have all failed to hit the heights hoped of them in August. Callum Smith has been recalled from his loan with Arbroath to provide further options, but, at least one striker should be on the radar of Stevie and Shieldsy.

A target-man figure is something which would certainly mix up the attacks Dunfermline currently create. Someone in the mould of Blair Henderson of Edinburgh City, may be the ideal candidate to take on this role. The former Dunfermline youth product left the club after it had went into administration in 2013 and his been a revelation at lower league level since with Stirling Albion, Annan Athletic, Berwick Rangers and now the Citizens. A return to East End Park could be a tempting prospect for the 24-year-old Scot. Another option could be Daniel Armstrong, again, a former Pars player – albeit, just a loan move from Wolves last winter which was ultimately unsuccessful. The attacker, who can also play out wide, has been a sensation since leaving Molineux in the summer and joining Fife neighbours Raith Rovers in League One; after a poor stint under Johnston last term, it may not be a realistic move for either party, especially with Armstrong being very similar in style to players already at the club. 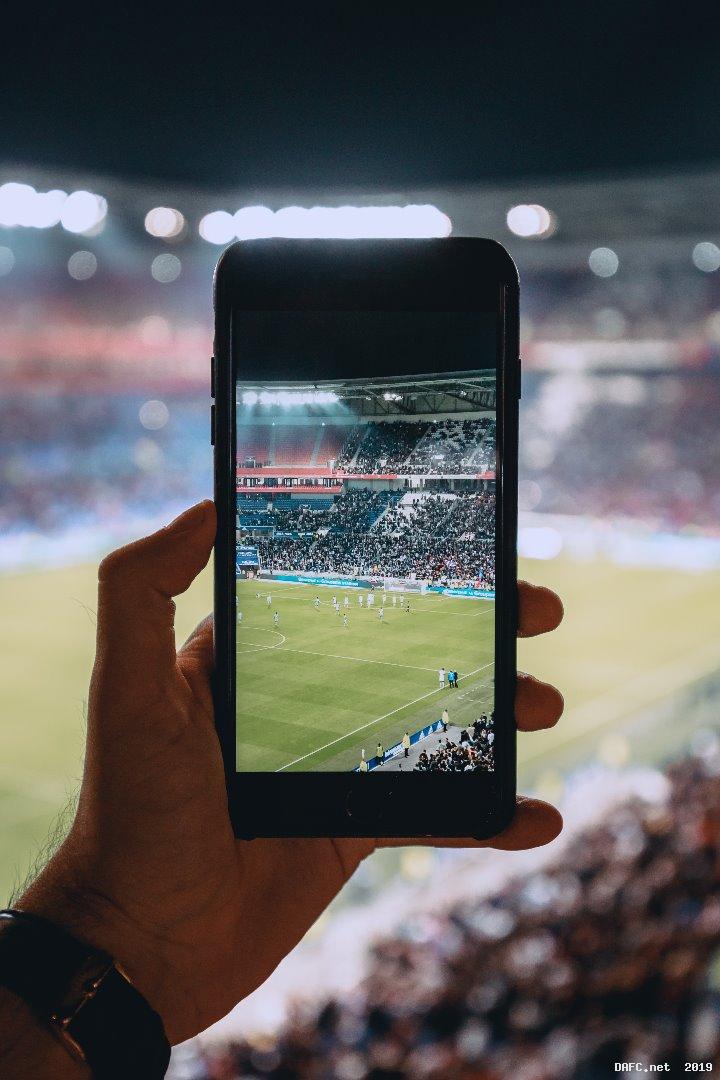 You can keep up to date with dafc.net on Facebook

Overall, despite sitting 7th in the table, Dunfermline are only 4 points off a promotion play-off spot and aren’t in dire need to do anything drastic. It is clear that scoring goals has been a major flaw to the results of the Pars this campaign so far – a little bit flair, nous and experience in attack could make the difference between finishing in the top four and being mid-table mediocrity for Dunfermline this season.

To keep up to date with all of the latest Scottish football transfer news, visit the website below: